The leaders of the European Union and...
Read more

The Foreign Investors Council (FIC) held the regular annual session of the Assembly, summarizing the key achievements and making a solid basis for future growth. Members also adopted Annual and Financial Report for 2018. For the first time this year, the “Committee of the Year Award” was introduced. 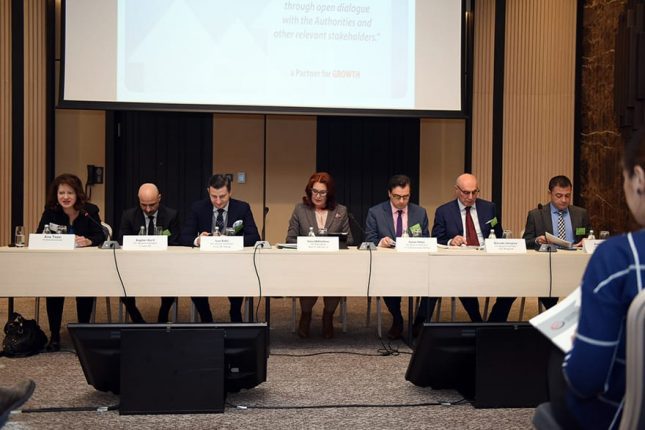 Looking into 2019, FIC President Yana Mikhailova pointed out that ”FIC will continue to advocate for speeding up the reforms and acceleration of accession negotiations in order to catch up with EU level of economic development.

Assembly meeting gave the opportunity to track the record of past activities and adopt Annual and Financial Report for 2018. This has been an important year for FIC, which brought 3 significant novelties: 1) formation of the new Pharma Industry Committee, in a response to this industry needs; 2) launch of FIC LinkedIn account to take advantage of this network and more actively promote FIC work to external community and; 3) In order to fully embrace the era of digitalization, but also to be environment-friendly, FIC opted against printing the White Book publication which is available for free download on the FIC website www.fic.org.rs.

Apart from its best known projects: the White Book, ”Dialogue for Change”, an annual visit to Brussels, FIC was highly active throughout 2018, demonstrated by the following figures – FIC launched 45 regulatory initiatives, actively participated in 14 working groups, and held more than 200 meetings with the Government and other stakeholders. As an inclusive organization, FIC maintained close interaction with its members via more than 40 committee meetings and over 80 individual meetings. During the course of a year, FIC had around 600 media reports, transparently reporting on its recommendations and positions. More information in the FIC Annual Report for 2018 available for free download on the FIC website www.fic.org.rs.

In order to fully recognize the key role of its working committees, FIC established “Committee of the Year Award”, which was awarded to the FIC Legal Committee, as the most active committee in 2018.