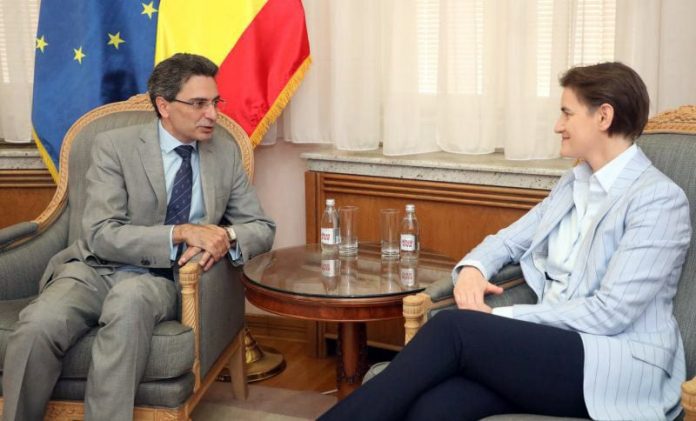 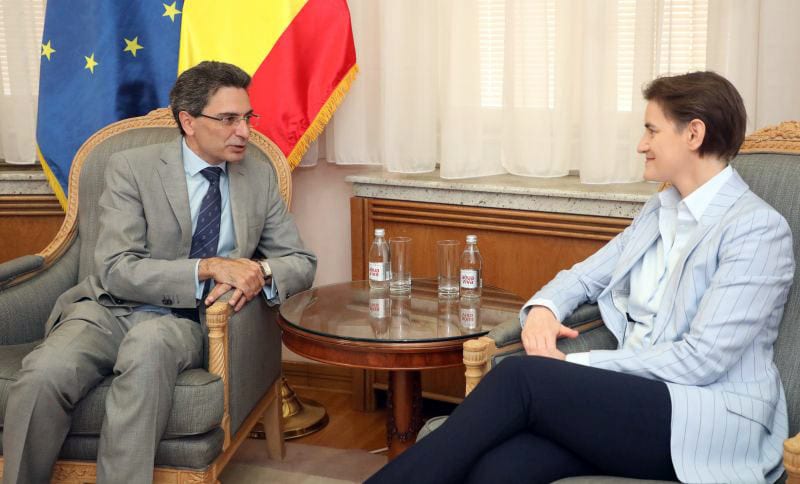 Prime Minister Ana Brnabić met today with Ambassador of the Kingdom of Spain H.E. Raúl Bartolomé Molina on the bilateral relations of the two countries and the possibilities for enhancing economic cooperation.

Serbia will always be a true friend of Spain and strive to maintain solid and stable relations and traditional friendship between the two nations, Prime Minister Ana Brnabić said and expressed gratitude to Spain for its principled stance on the non-recognition of the unilaterally proclaimed independence of Kosovo.

Ambassador Bartolomé Molina confirmed that Spain will not change its position on Kosovo-Metohija and will continue to provide support in protecting Serbia’s national interests.

He stressed that at the same time, Spain will continue to provide unambiguous support to Serbia’s EU integration, which it considers important as a factor of regional stability and a reliable partner of the European Union.

The Prime Minister assessed that the political relations between Serbia and Spain are at an extremely high level and that after the introduction of direct flights from Belgrade to Madrid and Barcelona, ​​good conditions have been created for intensifying the economic cooperation of our countries.

Speaking about economic cooperation, Molina said that the first step is the meeting of the chambers of commerce of Serbia and Spain, planned for this year.

According to ambassador Molina, this will be a good opportunity for Serbian companies to present themselves to the Spanish market, and the opportunity for businessmen from Spain to get to know the Serbian market and conditions for investing in Serbia.