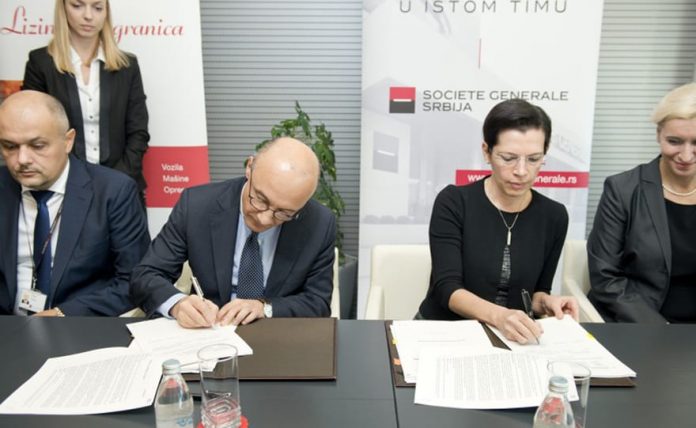 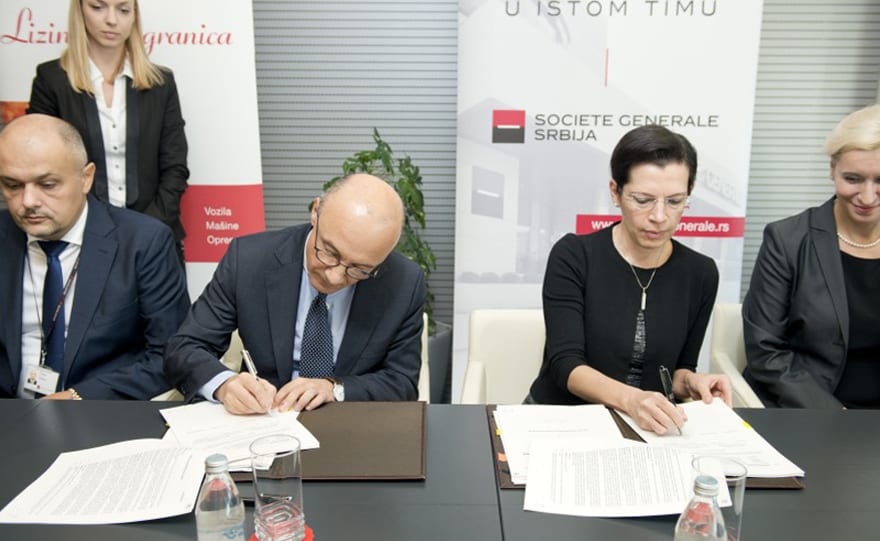 Societe Generale Bank and Sogelease which is by hundred per cent owned by Societe Generale Bank signed today with the European Investment Bank (EIB) two finance contracts for support to small and medium-sized companies, Mid-Cap companies and priority projects in the amount of 60 million euros. The total loan arrangement amounts to 110 million euros, and the remaining portion of funds will be released in early 2018.

The funds provided under these contracts will be used for the financing of working capital loans and investments with a repayment period of up to 12 years for loans granted by Societe Generale Bank and up to 7 years for Sogelease investment loans.

Societe Generale Bank and Sogelease have expressed expectations that the domestic economy, in particular, the sector of small and medium companies, will thereby receive an additional stimulus.

“We are aware that small and medium business is also a great challenge because, in addition to a good business plan and a good idea, being successful on the market also requires improving the overall environment. In this chain of support, financial institutions that help companies become more competitive and profitable play a major role”, declared Maria Rousseva, president of the Executive Board of Societe Generale Bank.

Societe Generale is also the signatory of the EIB’s (EYET) European Youth Employment and Training Initiative, under which companies wishing to compete for facilities and, at the same time, recruit young experts, may obtain additional benefits in the form of favourable loan interest rate.

EU announced over €3.3 billion of support for the Western Balkans

EU reinforces support for the Western Balkans to address COVID-19 crisis and outlines proposal for post-pandemic recovery   The European Commission announced over €3.3 billion of...
Read more

EIB Group contributes € 5.2 billion to EU response to COVID-19 outside the EU

The European Investment Bank Group, the bank of the European Union, today announced details of a comprehensive response to the coronavirus pandemic outside the...
Read more

EIB helps to improve sanitation and sewerage systems in Belgrade

• The EIB has signed a EUR 35m loan to finance the sewerage system of the City of Belgrade, improving living conditions for 170...
Read more