The Nikola Tesla Museum, founded as the first technical museum in Yugoslavia and the only one that preserves the...
Read more
17 May 2018
Facebook
Twitter
Email

Eurobank is celebrating an important milestone – 15 years of successful presence in the Serbian market. During this time, the Bank has been growing and evolving, increasing its number of employees and branch offices, implementing new business technology, and offering innovative products and services tailored to meet its customers’ needs, having gained an important position in the Serbian market.

In his speech, Mr Karavias congratulated the management and staff of Eurobank Serbia for their success in making the Bank an important player in the highly competitive Serbian market. He stressed the importance of the international activities for the Group, highlighting that the Group expects these activities to retain a substantial part in Eurobank Group’s balance sheet, in the future. 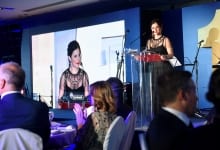 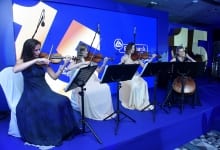 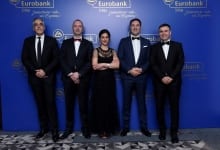 Earlier a press conference was held by Ms Pavlović, with the participation of Messrs Ioannou and Louis.

Mr Ioannou, noting that he had served Eurobank Serbia as CEO and President of its Executive Board in its early stages, said that he is particularly pleased to see the Bank achieving a significant market position. “Strengthening strong business ties that already exist among the countries in the region can prove to be a win-win situation for all. We can afford to be a key player in the Serbian market, hoping to contribute to the welfare of the Serbian people and the Serbian economy” he stated.

Referring to the course and prospects of Eurobank Serbia Ms Pavlović said:   ‘We are proud of being our customers’ first-choice bank. Over the past years, we consolidated our operations, maintained a balanced growth, and ranked among the top ten banks in the country. Eurobank Serbia has been strongly capitalized over its development in Serbia. Our capital amounts to eight per cent of the total capital in the banking sector and represents a stability guarantee to our partners, customers, and employees.

Last year has been very successful for Eurobank. Lending grew by more than 15%, evenly spread between the two segments—retail and commercial. We enhanced our digital channels service range and expanded our customer base. In 2017, Eurobank generated pre-tax profits of 2.5 billion dinars, a 17% jump compared to the 2016 results. We continue to introduce innovations in our business. We will focus on micro-enterprises and entrepreneurs, without neglecting our retail customers, who will be offered services and products that suit their needs and that are in line with the latest trends in the banking sector’,.

From its very first steps in the Serbian banking market, Eurobank enjoyed the support of Eurobank Group, combining the Group’s experience with the skills and commitment of the Bank’s employees, who provide customers with cutting-edge financial solutions.

For more than a decade, Eurobank Serbia has been recognized as a stable business, providing financial support to its customers while taking care of the community in which it operates. The bank’s Investiramo u evropske vrednosti (Investing in European Values) programme invested more than 4.5 million euros so far in education, health care, the environment, culture, and social inclusion. Starting this year, the “Škola kao nacrtana za vas” (Picture-Perfect) project will have 22,000 holders of the “Veliko srce” (Big Heart) charity card join Eurobank in contributing to the improvement of the working and learning conditions in economics high schools throughout Serbia