Senator Jeanne Shaheen, who together with several...
Read more

German companies and public institutions should heat their offices to a maximum of 19 degrees Celsius this winter to...
Read more
16 November 2018
Facebook
Twitter
Email

As an exclusive partner of Manchester United Football Club, Eurobank announced that, in 2019, they would organise Manchester United Soccer School for children. Eurobank feels greatly honoured to bring a world-renowned and one of the most famous soccer schools to Serbia and present children with this unique opportunity to learn from the best. 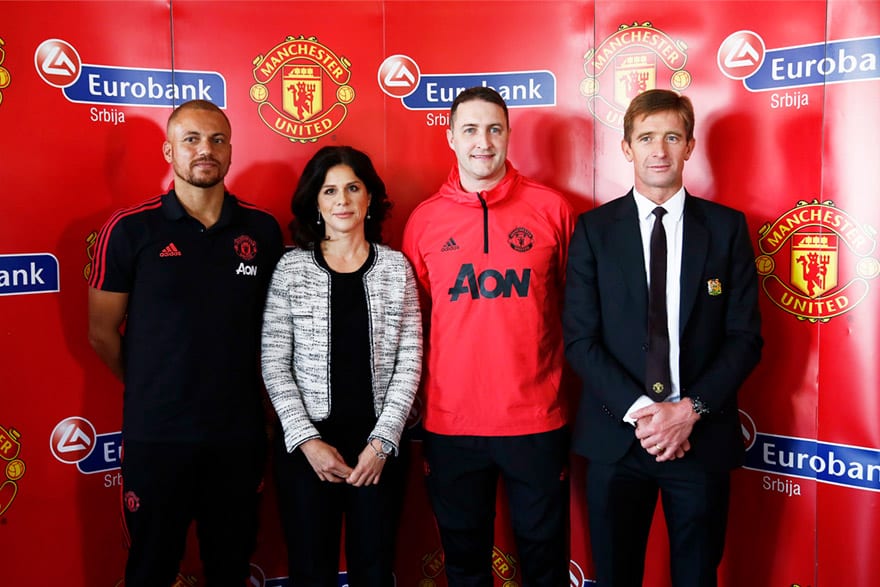 On this occasion, President of Executive Board of Eurobank, Slavica Pavlović, has pointed out that: “Manchester United is one of the most popular sports brands which has long outgrown the boundaries of a football club and became a pioneer in exploring new business opportunities. Collaboration with such a large brand dates back to 2014 and has resulted in more than 27,000 Eurobank Manchester United co-branded credit, debit and prepaid payment cards issued, providing unique customer benefits. I am pleased that through this soccer school we will make it possible for children from Serbia to learn about football from the best.”

Manchester United Soccer School will be launched within a framework of the next year’s cooperation between Manchester United and Eurobank in Belgrade. On this occasion, Head of School, Michael Neary, has stressed the importance that actively engaging in sports has in the development of children.

„Manchester United Soccer School is one of the best schools worldwide, and I am honoured to be its Head. I am particularly happy that we will jointly with Eurobank enable children from Serbia to be a part of the school starting from next year. We are aware that there are many football talents that will be able to further improve their technique through our school“, said Manchester United Soccer School Michael Neary.

Wes Brown, a Manchester legend, commented on having the opportunity to visit Belgrade thanks to collaboration between Eurobank and Manchester United „I used to play with Nemanja Vidić in the same time for a long time, and I am pleased that owing to Eurobank, I got the opportunity to visit his country as I heard so much about it. As I was a part of the Manchester United Soccer School youth team, I could say that the children who get the chance to attend the school will have a unique experience.“

Eurobank and Manchester United pay special attention to social responsibility. This year they have helped the Children’s Village Football Team from Sremska Kamenica, which achieves significant results in international competitions. 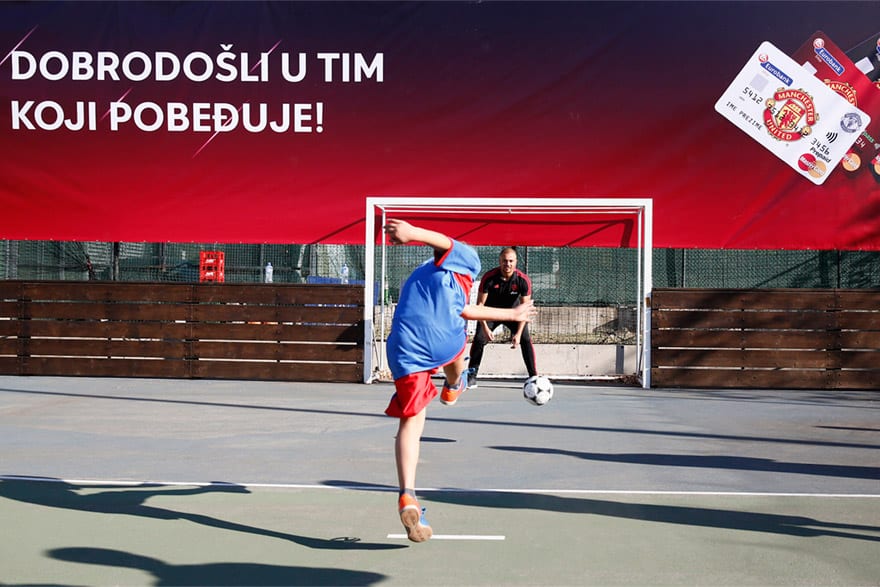 Radenko Kondić, Head of Department for Children and Youth Accommodation of Children’s Village, has thanked for the donation “Children without parental care are today in the position to meet a football legend from Manchester United, who has become successful and famous after investing a lot of effort and work. We are honoured to be amongst the best. On behalf of the children from the Children’s Village and myself, I would like to thank Eurobank for their humanity and support, which will help our children to become even more successful.”

Children’s Village Football Team had the opportunity to play an exhibition match with Eurobank club members and get expert advice from Manchester United legends.
Since 2014, Eurobank and Manchester United collaborate on a project of co-branded payment cards that provide a wide range of benefits – the payment of goods and services and cash withdrawals at ATMs, both locally and abroad, contactless transactions, internet payment option, as well as payments in 3, 6, 9 or 12 instalments.