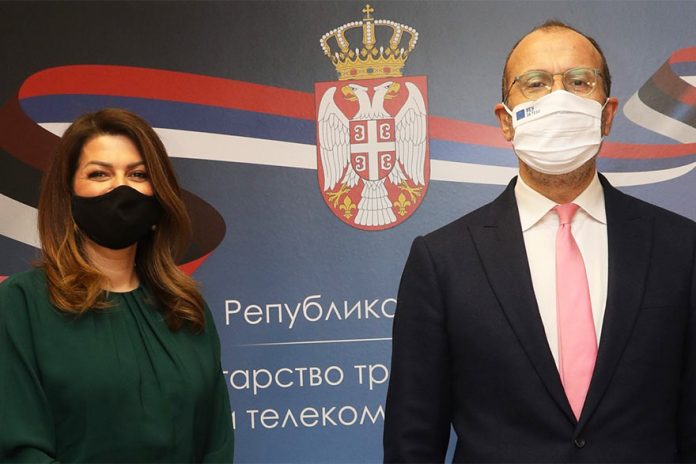 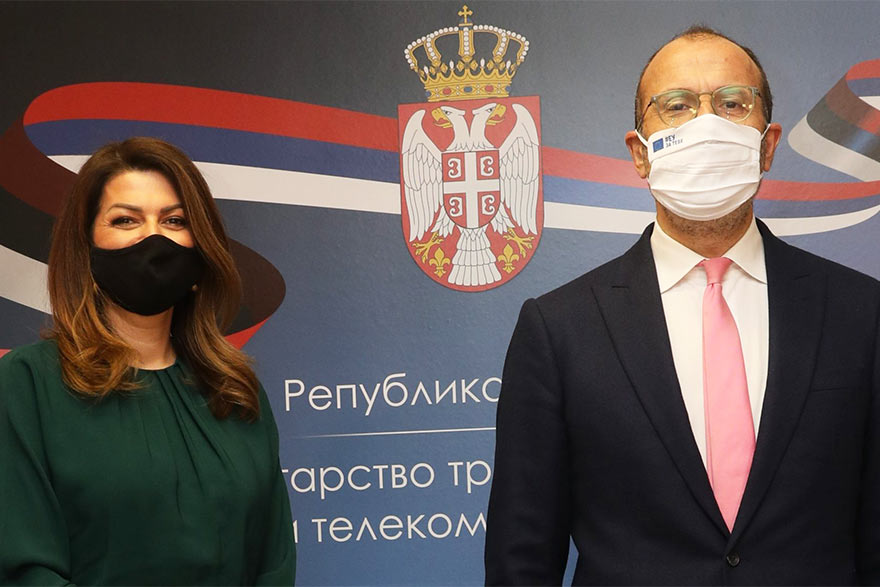 The Minister of Trade, Tourism and Telecommunications Tatjana Matic and the Ambassador of the European Union Sem Fabrizi discussed today the current economic situation and the perspectives for an economic recovery after the pandemic.

On this occasion the Ambassador Fabrizi congratulated Minister Matic on her appointment and welcomed her experience on the area of EU integration which will help achieving faster progress.

“Serbia is a European country committed to EU accession, but the key thing for us is reaching the European standards and EU’s support on this path”, Tatjana Matic said on this occasion.

The Minister and the Ambassador noted that the EU by far Serbia’s main trade partner and first investor, and that trade should remain a strong driver for further economic growth.

Fabrizi stressed the EU is committed to help Serbia recovering swiftly from the covid crisis, adding that the recently adopted EU Economic and Investment Plan for the WB represents a strong driver to support trade and investments in the regionје.

“Serbia’s renewed commitment to join WTO is a positive step and the EU stands ready to facilitate the process”, Sem Fabrizi stated, emphasizing that Serbia’s geographical position along some of the main logistical corridors enhances its role as regional trade.

Participants of this meeting also pointed to the important role of the digital agenda to fostering recovery, especially bearing in mind that the digital industry is one of the highest growing economic fields in Serbia and can represent a catalyst for further growth.

Minister Matic said that priority projects include building a broadband infrastructure in rural areas and a computer network in schools in Serbia.

“Serbia’s embracing of the digital economy represents an important asset in seizing the opportunities represented by the Economic and Investment Plan – particularly in the digital connectivity – also taking in consideration the commitment to create a Common Regional Market”, Fabrizi said, highlighting that Serbia has already demonstrated commitment to EU-inspired digital agenda, and recalling the positive developments achieved since the Digital Summit in April 2019 in Belgrade, which saw the endorsement of the regional roaming agreement.

Ambassador Fabrizi and the Minister also discussed the initiatives to foster tourism in Serbia which is particularly affected by Covid.

The Minister expressed appreciation for the ongoing close cooperation and the positive impact of the EUR 15 million EU grant for Cultural Heritage and Tourism project. Its objective is to increase the competitiveness of the Serbian economy by investing in market-driven innovation and promoting tourism development as an engine for economic progress in particular in Eastern Serbia.