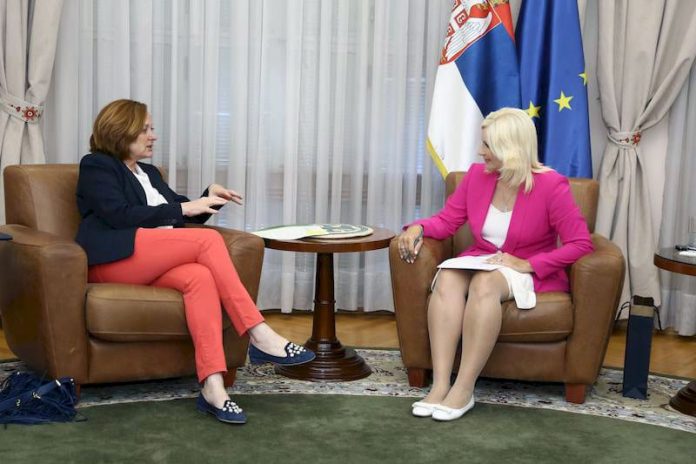 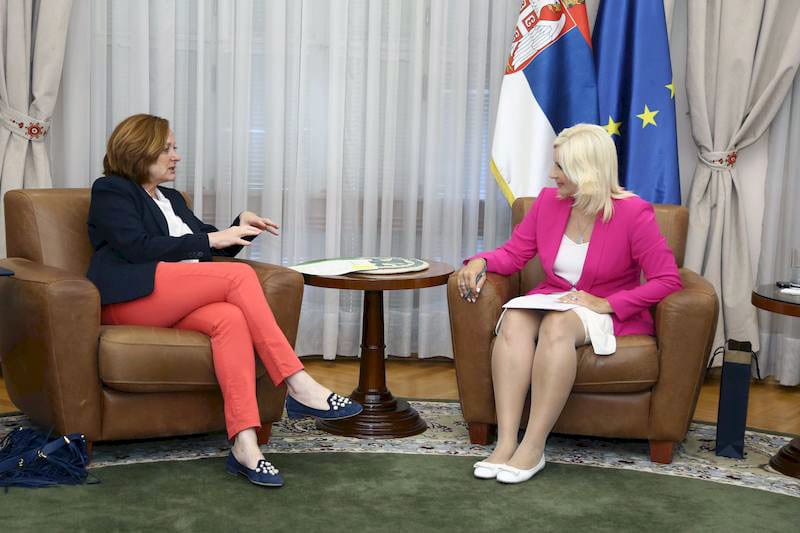 Deputy Prime Minister and Minister of Construction, Transport and Infrastructure Zorana Mihajlovic met with European Bank for Reconstruction and Development (EBRD) Director for the Western Balkans Zsuzsanna Hargitai to discuss joint projects in the field of road, rail and water transport.

Hargitai stressed that Serbia has been building a lot in recent years and that the EBRD is here to support both current and new infrastructure projects that the country is launching.

The officials agreed that cooperation on the construction of Corridor 10 is going according to plan and without any problems.

They also discussed the construction of the new Nis-Merdare-Pristina highway, where work on the first section, from Nis to Plocnik will begin next year.

Speaking about rail traffic, Mihajlovic emphasised that railways are a strategically important sector for the government of Serbia.

Apart from reforming the company, much is being invested in the reconstruction of railway infrastructure and rehabilitation of railways, as well as the acquisition of new locomotives, she said.

These are projects implemented in cooperation with the EBRD, Mihajlovic said.

The EBRD Director Zsuzsanna Hargitai expressed her gratitude to the Deputy Prime Minister for the good cooperation so far and added that there are many projects that this international financial institution is implementing with the Ministry.

Striving To Provide A Superior Service

PUTINVEST has built an enviable professional reputation in the domain of designing roads with associated utilities, as well as in providing consultancy services in...
Read more

The Embassy of the Kingdom of Norway, in cooperation with NALED and the Ministry of State Administration and Local Self-Government, provided masks, gloves, visors...
Read more
Cord MagazineLeaders Meeting Point