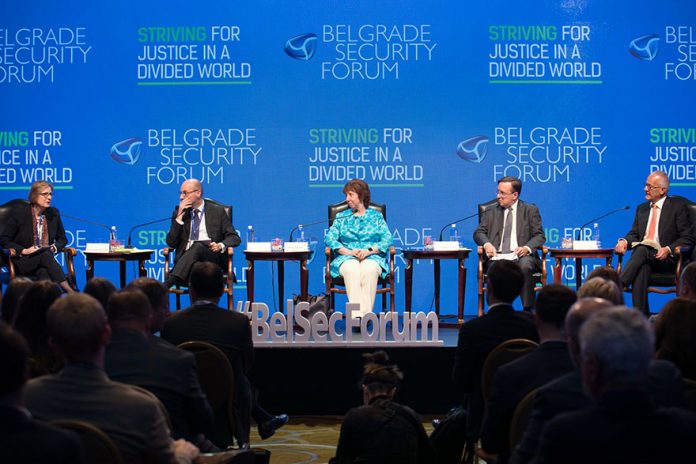 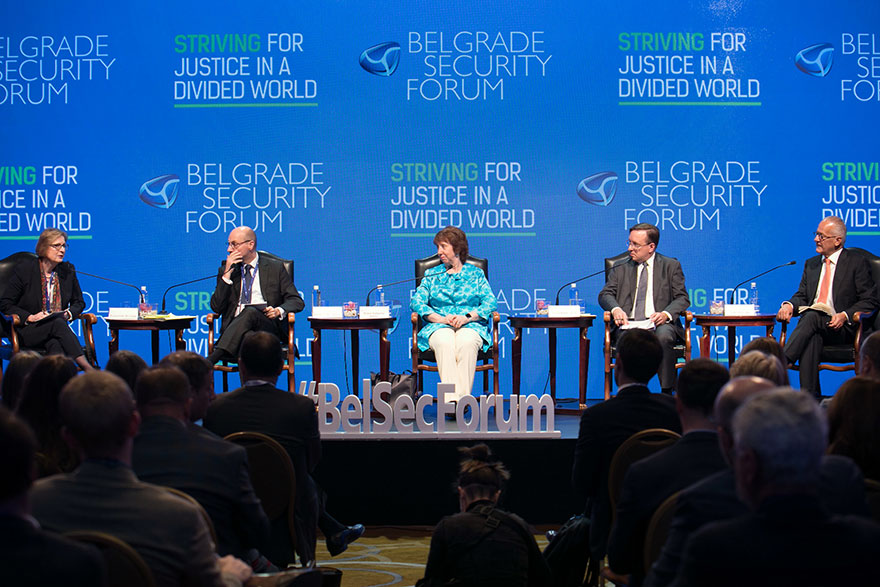 This year’s Belgrade Security Forum was mostly marked by the EU’s decision not to open negotiations with Northern Macedonia and Albania, which has raised concerns for the future of the Western Balkans for many panellists.

Forum participants called for the EU to increase engagement in the region and warned that its credibility could be compromised if it does not deliver on its promises.

Regional security, the sustainability of the concept of military neutrality, the situation in the European Union and the Western Balkans for 15 years since the enlargement, as well as the normalization of Belgrade-Pristina relations, were some of the topics discussed at the 9th Belgrade Security Forum (BBF).

Former EU High Representative Catherine Ashton’s participation in the “Sustainable Solutions for the Western Balkans” panel drew special media attention this year. Her arrival reminded all participants that a dialogue between Belgrade and Pristina in 2012, whose epilogue was the Brussels Agreement, began under her auspices.

Referring to the first Brussels Agreement and the fact that since then it has been six years since it has not been implemented, she stressed the importance of the arrangements being implemented because they should make life easier for ordinary people. “It was the first agreement, it was by no means the idea to be the last,” Ashton said.

State Department Representative David Kostelancik who participated in the same panel, stressed that normalization of relations is the U.S. strategic priority. He emphasized that U.S. is dedicated to keep both Pristina and Belgrade as equal partners.

“We hope that a unified government will be formed in Kosovo and that it will be ready for dialogue on tax suspension. The U.S. will always support Kosovo’s independence, but we have made it very clear to Pristina that there is no path to a future that excludes reconciliation with Serbia. Now is a real opportunity to continue the dialogue, we should not gamble because a lot of attention will be paid to it in the coming months,” Kostelancik said.

The necessity to continue the dialogue was discussed by Frederic Mondoloni, from the Ministry of Foreign Affairs of France and former Ambassador of France to Serbia.

“France wishes to continue the dialogue as soon as possible to speed up the process, and have a meeting with Germany. France fully supports the EU’s mediation in dialogue and the process should be coordinated with the U.S.,” Mondoloni stressed.

Belgrade Security Forum, a three-day event, with this year’s titled “In Search of Justice in a Divided World” was held from 16 to 18 October this year at the Hyatt Hotel. It is the only event of its kind resulting from the initiative of civil society organizations – the Belgrade Fund for Political Excellence, the European Movement in Serbia and the Belgrade Center for Security Policy.

Austrian president on Thursday said Serbia has a key role in the stability and security of the Western Balkans as well as in the...
Read more

Austrian President Alexander Van der Bellen stressed that he is aware of the different attitudes on the territorial exchange and that Austria supports peaceful...
Read more
Cord MagazineLeaders Meeting Point