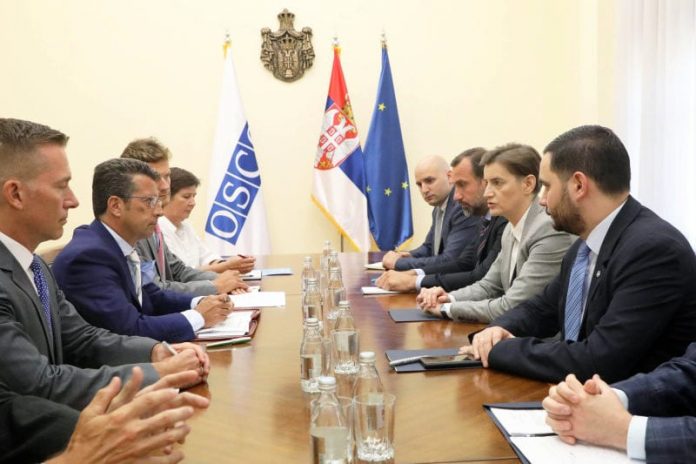 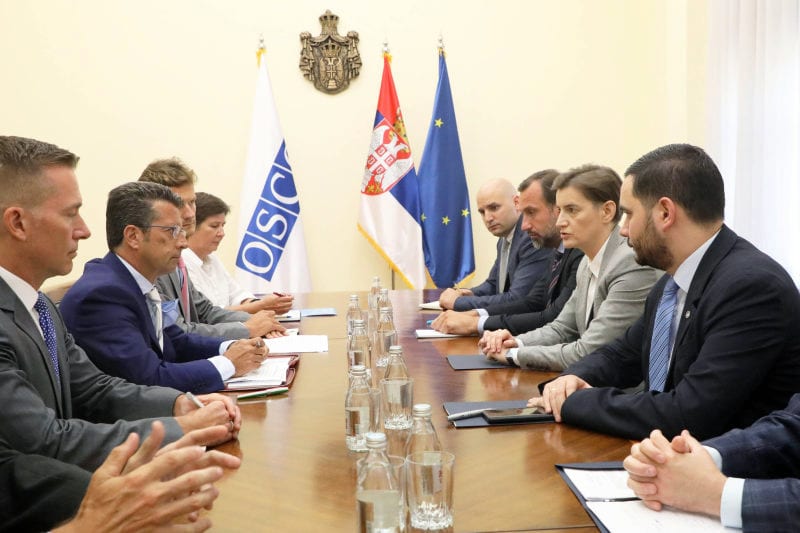 Prime Minister of Serbia Ana Brnabic spoke today with Head of the OSCE Mission to Serbia Ambassador Andrea Orizio on projects implemented by the government of Serbia, in cooperation with the OSCE, and with the Office for Democratic Institutions and Human Rights (ODIHR).

Prime Minister Brnabic stressed that the government of Serbia is committed to implementing the recommendations of the ODIHR, an OSCE advisory institution, with which relevant institutions cooperate through a three-year program that began in 2017.

During the meeting, the Prime Minister announced that the government will form a Working Group to work with the ODIHR on further reform of the electoral process, stating that a number of recommendations, such as upgrading the Unified Voters Register and the work of the Election Commission, had already been implemented through significant improvements. since 2017 when the government started cooperation with the ODIHR.

The Head of the OSCE Mission praised the government of Serbia’s commitment to the reform process, emphasising that the ODIHR will certainly make a significant contribution to this and added that the OSCE Mission is ready to assist in a technical sense.

At the meeting, Prime Minister Brnabic and Ambassador Orizio also discussed adopting a Media Strategy, a process in which the OSCE Mission provided expert assistance, with the interlocutors agreeing that it is important to preserve its transparent and inclusive character by the end of this process.