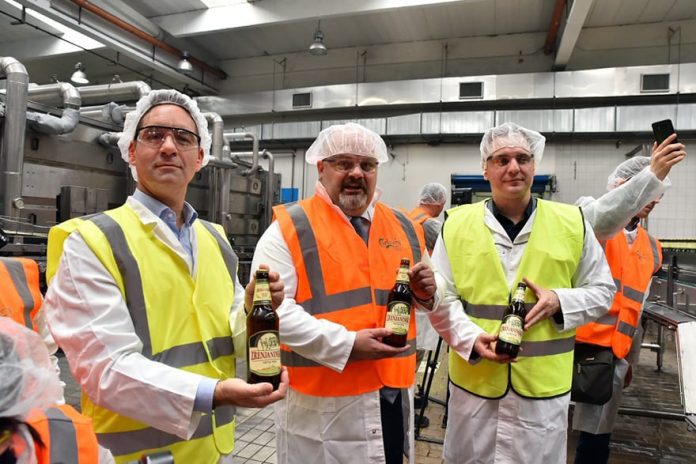 Bojan Mijailović, The New President Of The Executive Board At Sava Osiguranje

Bojan Mijailović has been appointed as the...
Read more 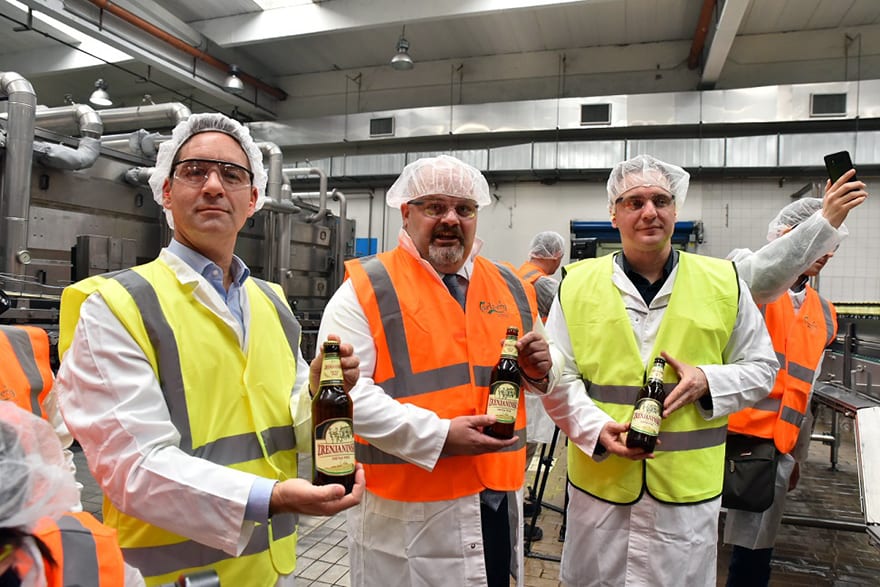 After more than 15 years, first bottles of Zrenjaninsko beer, the favourite beverage of the Zrenjaniners, have been produced in the Čelarevo brewery.

The project is a result of the cooperation between the City of Zrenjanin and Carlsberg Serbia, with a goal to renew the beer production and tradition in the city on Begej. Two dinars of each sold bottle will be invested in the creation of the new Zrenjanin craft brewery.

Mayor if Zrenjanin, Čedomir Janjić, and the Managing Director of Carlsberg Serbia, Vladimir Vava, had the honour to be the first gentleman to toast with the new beer.

First bottles of „Zrenjaninsko“ beer will be available in the stores starting with 1st of March, and it will be sold in the 0,5 refillable package.

Caring for the community in which it operates is one of the priorities of Carlsberg as a company, which is testified to by the...
Read more

In order to improve educational and scientific work of the Faculty of Technology in Novi Sad, Carlsberg Serbia has donated a mini brewery, which...
Read more

This year’s Beer Days event exceeded the expectations of both hosts and guests. More than half a million people passed through Zrenjanin, hotels were...
Read more

Čedomir Janjić, Mayor of the City of Zrenjanin

Banat Is Now the Heart of Serbia

In the presence of top officials of the Republic of Serbia, representatives of the Embassy of the People's Republic of China, senior management of...
Read more

The Serbian President Aleksandar Vučić laid the foundation stone with the representatives of the Shandong Linglong Tyre factory, which marked the beginning of the...
Read more

Mayor of Zrenjanin Čedomir Janjić and Carlsberg Serbia CEO Vladimir Vava presented a revival of one of the symbols of the city on Begej,...
Read more
Cord MagazineLeaders Meeting Point