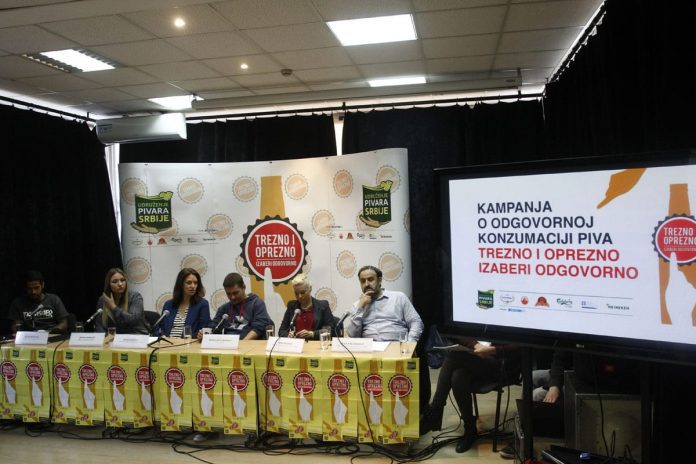 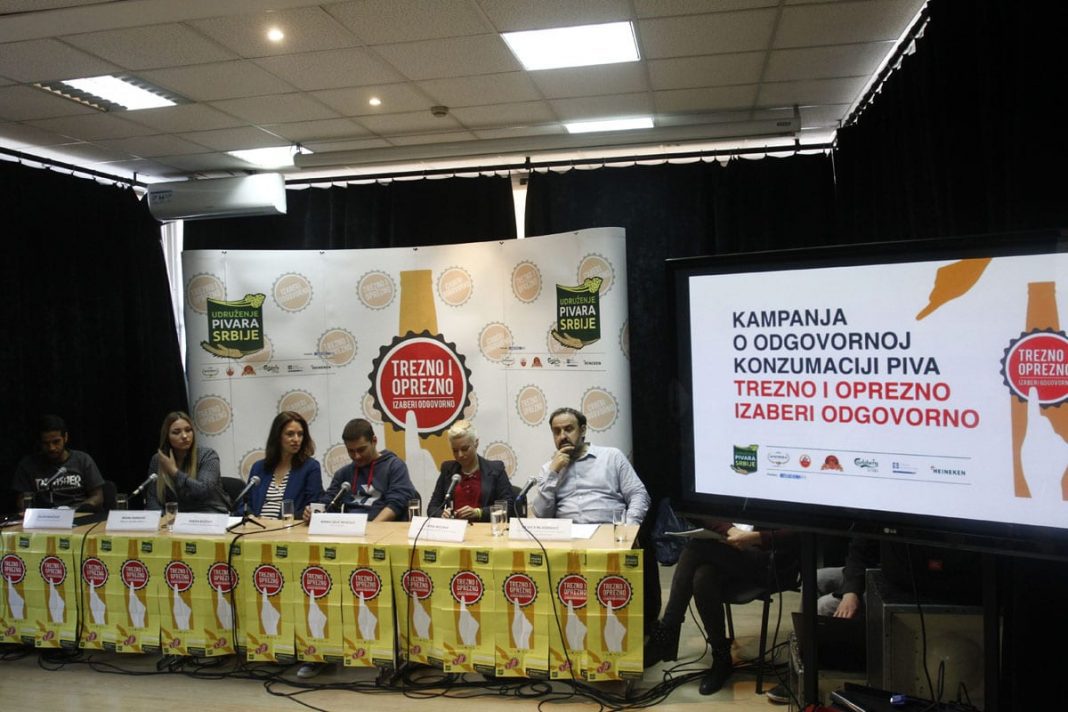 The great potential to bring together the government, non-governmental and private sectors has been identified in the campaign Soberly and cautiously, choose responsibly.

Some 4,216 traffic accidents were caused by alcohol use in 2016, killing 128 people, while the highest number of drivers involved in road accidents were eighteen-year-olds; 40% of people who frequently consume alcohol develop symptoms of depression, while every fourth death among men aged 15-29 in Europe is related to alcohol… All of this was reported at the Panel Debate on Responsible Consumption of Alcohol, organised by the Association of Brewers of Serbia and partners at the Belgrade Youth Centre, within the framework of the campaign “Soberly and cautiously, choose responsibly”.

The panel discussion’s participants were: Executive Manager of the Association of Brewers of Serbia, Rebeka Božović; Head of the Clinic for Addictions and an expert on alcoholism issues, Dr Ivica Mladenović; AIESEC Vice President for Public Relations, Milena Marković; journalist and editor of the “Vice” portal, Galeb Nikačević; writer and musician Marko Šelić Marčelo, and Manager of the NGO “Re Generacija” programme, Irena Molnar.

“Members of the Association of Breweries of Serbia produce the most-loved domestic alcoholic beverages, but they are also responsible and called on, for the first time, to join the Association’s campaign “Soberly and cautiously, choose responsibly”, aimed at raising public awareness about the importance of responsible consumption of beer. We consider this an important social topic in which we will strive to connect with all relevant partners, in order for us to work together on education and the promotion of responsible consumption, especially among the younger adult population.  Testifying to the level of public interest in this campaign is the fact that the video with messages made by Marčelo was seen by over 85,000 people in the first four days of being presented,” said Božović.

“Alcohol is an indispensable part of Serbian tradition and culture, and it’s evident that our citizens love it, but don’t know how to drink it, so instead of alcohol being a fine catalyst for a good feeling and satisfaction, it often becomes a trigger for aggressive behaviour and life-threatening deeds,” said Dr Mladenović.

In the years ahead, the campaign aims to gather together as many stakeholders as possible from the governmental, non-governmental and business sectors, in order to unite them in efforts to inform and educate the public on the importance of responsible and moderate consumption of beer.