COVID-19 hospitalizations are rising among people who are fully vaccinated,...
Read more

Serbia To Be Connected To The EU Digital COVID Certificate System

Conditions for doing business in Serbia have improved, especially with regard to the inspection services and issuing building permits. This is the conclusion from an annual survey of 1,000 companies by the USAID Business Enabling Project (BEP) that was presented today at the Chamber of Commerce and Industry of Serbia.

Chamber president Marko Čadež found the USAID BEP survey very important for Serbian business and that a number of changes have taken place, especially concerning building permits. Improvements in foreign trade and customs procedures have been visible, digital platforms for companies have been introduced and paperwork has been reduced, added Čadež.

He emphasized that the 1,000-company survey was an important source of information for the Chamber and for guidelines for its future plans and programmes.

This research, he said, is so much more important as it is carried out in direct contact with companies. The Chamber president pointed out that companies expect a reduction in the grey economy and parafiscal and other charges, continued digitalisation, better access to financing and improvement of public procurement procedures.

The government is open to suggestions from business, said Čadež, adding that 65 per cent of companies’ suggestions have been accepted in the draft company law.

The 2017 survey was carried out by Ipsos Strategic Marketing between 24 June and 8 August 2017 and covered a sample of 1,035 registered legal entities and self-employed working in Serbia with at least three employees.

Deputy Prime Minister and Minister of Construction Zorana Mihajlović said that there is a positive trend and that in all the analysed fields Serbia has made progress over the last seven years in which the survey has been carried out. Mihajlović noted that the conditions for opening a company and increasing employment have also been improved.

American ambassador Kyle Scott said that for seven years USAID had shown and suggested what needs to be done, and asked business people what they need and what are the problems. Scott said that this method had shown results and he had seen important progress in Serbia over the last seven years.

“There’s an optimism in your companies about future employment and better profit forecasts”, said the ambassador. “The impediments are fewer than seven years ago in many areas. There are still problems to be solved – financing, tax administration and other things.”

Observing that the USAID BEP programme was finishing, he expressed the expectation that Serbia will adopt the methodology. “Partnership has shown results”, said Scott.

The director of USAID BEP Dragana Stanojević presented the results of the survey.

The recommendations are for strategic planning to be assured, continued public dialogue and a consequent approach to implementing reforms and strengthening the capacity of the public administrations that have to follow and analyse the reforms that are made. Improving the transparency and predictability of the business environment should also be continued, reducing arbitrariness in decisions by state organs and equal practice in the further development of e-administration.

The advice is to increase the efficiency of executive procedures and reduce administrative burdens while improving the knowledge of business people on the subject of financial management. 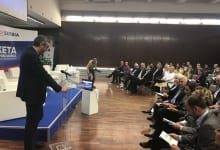 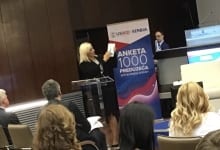 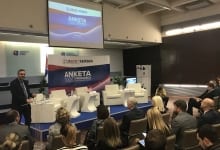 The Global Undergraduate Exchange Program (Global UGRAD) provides a diverse group of emerging student leaders with a scholarship for one semester of non-degree academic...
Read more