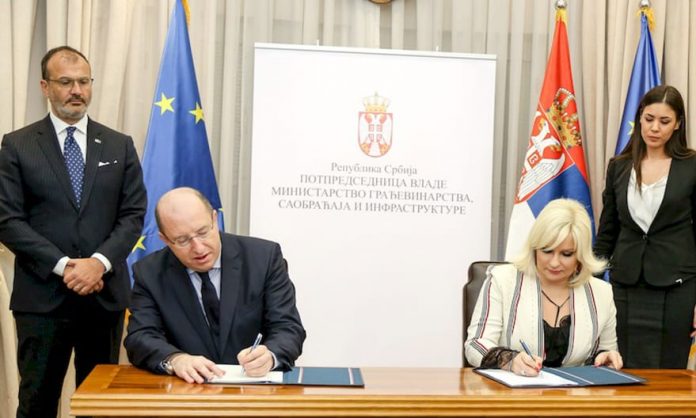 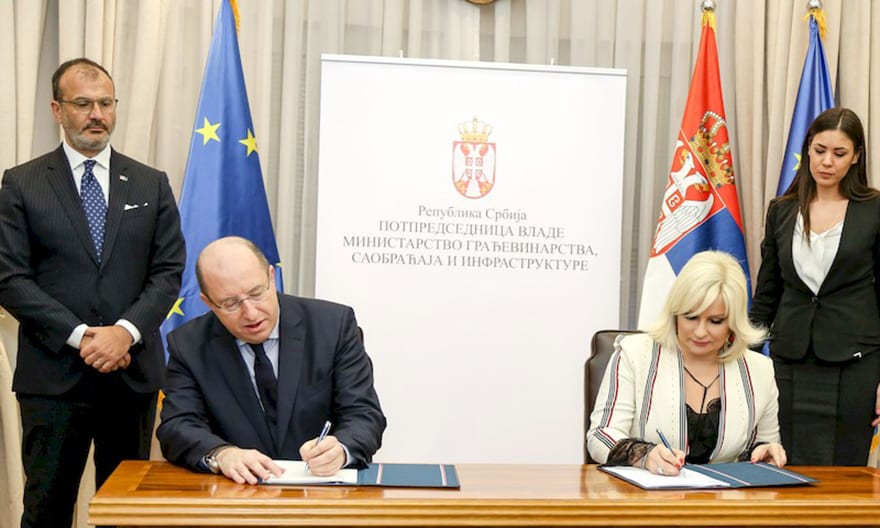 The signing of the agreement was also attended by the Head of the EU Delegation to Serbia, Ambassador H.E. Sem Fabrizi.

On this occasion, DPM Mihajlović thanked the European Commission for choosing Serbia and Belgrade as the seat of the Transport Community, adding that this organisation will contribute to better integration of the region.

This agreement represents the operational implementation of a contract signed in Trieste in July 2017 which established the Transport Community. This is important for all countries of the Western Balkans, but also for the EU because, through a contract on the Transport Community, we create a unique transport market and get connected following high EU standards. Better connectivity will bring a better quality of life for our citizens, new investments and stability of the entire region, Mihajlovic said.

Baron highlighted the importance of this agreement because it speaks about the commitment of the EU and Western Balkan countries to a common goal – transport linking.

It is a newly-opened secretariat that will contribute to the progress of EU legislation in the countries of the region. This is important because of all future projects in the field of transport and infrastructure, it is important for the region, but also for the EU, Baron said.

The agreement on the seat of the Permanent Secretariat between the Republic of Serbia and the Transport Community, which has been signed today, provides for the establishment of the office and services of the secretariat in Belgrade, reads a statement from the Office of the Deputy Prime Minister and the Minister of Construction, Transport and Infrastructure.