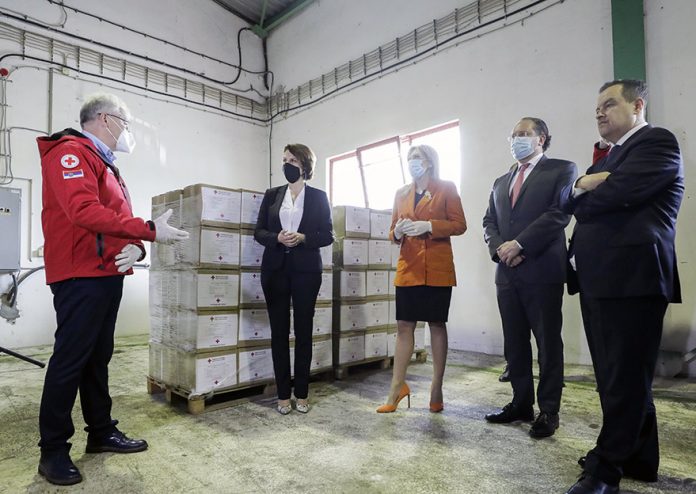 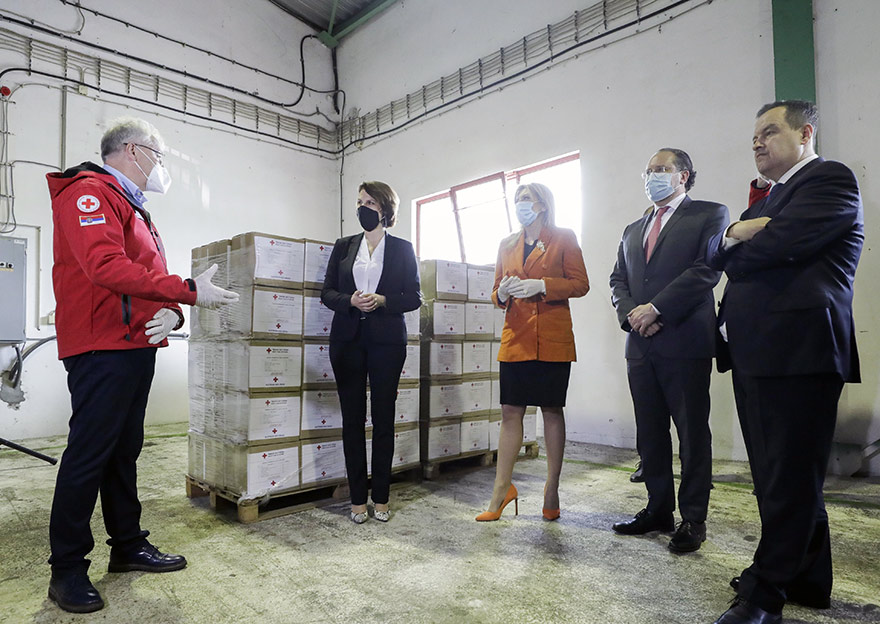 Austrian Federal Minister for Europe, Integration and Foreign Affairs Alexander Schallenberg and EU and Constitution Minister Karoline Edtstadler attended the handover of aid from the Austrian Development Agency to Serbia

Austria donated the first eight tons of humanitarian aid to our country in the fight against the coronavirus pandemic, for the ten most endangered municipalities, and the aid was handed over in the warehouse of the Serbian Red Cross.

#Serbia 🇷🇸 is the 2nd stop of today’s #Western #Balkans tour together with Foreign Affairs Minister #Schallenberg. Here too, we express our solidarity in the ongoing #COVID19 crisis and hand over another aid delivery to Ministers Ivica #Dačić & Jadranka #Joksimović.🤝 pic.twitter.com/YSTaRrg5ZO

These are packages with hygienic means whose value amounts to €10,000, and the municipalities of the third and fourth categories of endangerment will receive it.

On that occasion, Minister Schallenberg said that the packages delivered today are only a part of the help, and emphasised that the friendship between Serbia and Austria is shown not only in good times but also in a crisis.

Dacic expressed his gratitude to Austria for the support it has been sending to Serbia for years, reminding that that country announced on 25 April that it would send this help, which it did it now.

Dacic expressed hope that the epidemiological situation would be better and that the measures would be further relaxed, and at the same time stated that the Austrian government donated €1 million to the International Red Cross, a part of which would go to the Serbian Red Cross.

According to him, solidarity is an investment in a common future, which is why the EU invested €3.3 billion in aid to the Western Balkans during the virus crisis.

He congratulated Serbia on the excellent measures it has taken in the fight against the pandemic and said that the goal is to re-establish the freedom of travel in Europe as soon as the health conditions are met.