Kosovo and Serbia reached a deal on...
Read more

During her five years term, Australian Ambassador H.E. Julia Feeney was one of the biggest promoters of the cultural heritage of Serbia, the preservation of traditional craft techniques and the economic empowerment of women in rural areas.

Proof of this is more than 40 events, conferences, workshops, trade colonies and exhibitions by the Ethno Network, NALED and dozens with individual local governments.

The Ethno Network’s award for the contribution to the preservation of the cultural heritage of Serbia and the promotion of tradition in the service of local development and employment was awarded to Ambassador Feeney today at the City Assembly during the ceremonial event organised on the occasion of the end of the Ambassador’s mandate in Serbia.

“Cooperation with the Ethno Network has been a great experience and a reward since I am dedicated to empowering women. I am leaving Serbia with many fantastic memories. I will bring with me a part of Serbia, but I will also leave some part of myself here with you,” Ambassador Feeney said. 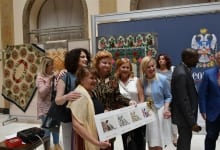 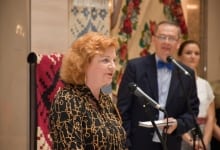 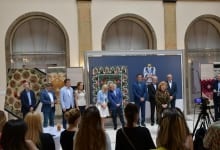 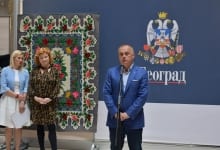 Deputy Mayor of Belgrade, Goran Vesić, pointed out that Ambassador Feeney has done a lot promoting our culture and that she helped us understand what we have that we have not shown to the world yet.

The Executive Director of NALED and the President of the Ethno Network, Violeta Jovanović, thanked Ambassador for the support and stressed that she would be missed in Serbia.