A Green Mask For A Safe Environment

The coronavirus crisis prevented CCS Solutions in its further development and promotion of CouchCoach, its application for basketball fans. But the result was a...
Read more

Almost seven years have passed since group of enthusiasts came out of Telegroup and created TeamEnergo, which engineers today contribute to the modernisation of...
Read more

The newly appointed Ambassador of Russia to Serbia, H.E. Alexander Botsan-Kharchenko (Александр Боцан-Харченко), handed over a letter of credence to the President of Serbia, Aleksandar Vucic, and officially started the diplomatic mandate in Belgrade.

Addressing President Vucic in the Serbian language, Ambassador Alexander Botsan-Kharchenko said that he was honoured to have been appointed to this duty.

The new ambassador confirmed to Vucic of Russia’s readiness to continue good relations between two countries and informed him of the invitation from President Vladimir Putin to participate in the celebration of the 75th anniversary of the victory in World War II on 9 May 2020. 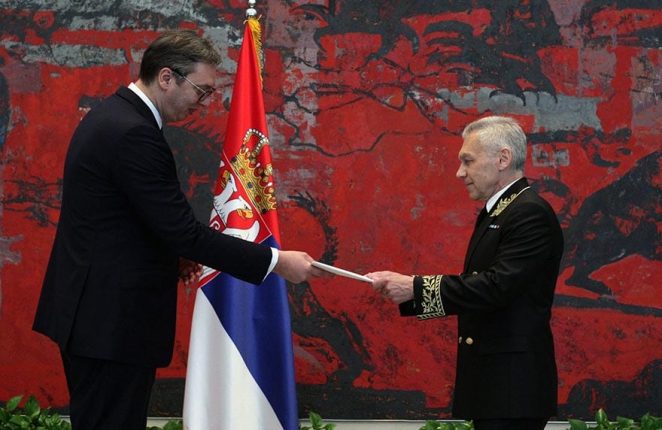 “This also speaks about the importance that Russian President Vladimir Putin gives to our country, our friendship, and the desire to further improve our relations. We had good relations with the previous ambassador and we will continue to strengthen ties with you and the Russian Federation,” Vucic said.

Alexander Botsan-Kharchenko (61) comes to Serbia from the position of chief of the Fourth European Department of the Russian Ministry of Foreign Affairs, among others, in charge of Serbia.

From 2004 to 2009, he was Special Representative of Russia’s Foreign Minister for the Balkans.

From 2009 to 2014 Harchenko was an ambassador to Bosnia and Herzegovina.
Александар БОЦАН-ХАРЧЕНКО
Ambasador Rusije u Srbiji Aleksandar Bocan-Harčenko

Embassy Of The Russian Federation

President of Serbia Aleksandar Vucic and Prime Minister of the Provisional Institutions of Kosovo Avdullah Hoti signed an Agreement on the normalisation of economic...
Read more
Appointments

The Board of Directors of the United Arab Emirates & Serbia Business Club has appointed Sanja Radlovački  as the club's executive director, with her assuming all...
Read more
Diplomacy

Within Chapter 35 there are particular criteria that have to be fulfilled regarding the normalisation process with Priština, but recognition per se is not...
Read more
Region

In Montenegro, the ruling DPS was nearly neck-and-neck with its main rivals, according to early and incomplete projections of the Sunday vote.  The first projection...
Read more