A new report by the International Energy...
Read more

Why we can (not) use e-signature in...
Read more

Why we can (not) use e-signature in labour agreements, which labour law documents are fully using e-form, is our...
Read more
24 April 2019
Facebook
Twitter
Email

The delegation of the Republic of Serbia, led by President Aleksandar Vučić, signed today in Beijing several bilateral agreements in the field of infrastructure and innovation.

Deputy Prime Minister and Minister of Construction, Transport and Infrastructure Zorana Mihajlović signed with the consortium “Power Construction Company of China and Azvirt” a Memorandum of Understanding on Cooperation for the implementation of the Road Construction Project around Belgrade on the E70 / E75 motorway and the freight roundabout railway, section Bubanj potok-Pančevo (Sector C).

She also signed the General Agreement for the reconstruction and modernization of railroad sections on Corridor 10, section Belgrade-Nid-Preševo-state border with the Republic of North Macedonia, between the government of Serbia, Serbian Railways Infrastructure and Chinese company China Road and Bridge Corporation (CRBC).

Mihajlović also signed a Memorandum of Understanding between the Ministry of Construction, Transport and Infrastructure of the Republic of Serbia and the Ministry of Trade of China on the establishment of the Working Group for Investment Cooperation.

The Deputy Prime Minister signed a Memorandum of Understanding between Serbia and the company Power Construction Company of China Limited on cooperation in connection with the implementation of the project Belgrade Metro.

Minister without Portfolio in charge of Innovation and Technological Development Nenad Popović signed three agreements with Chinese company CRBC, which acquire the conditions for starting work on the project of the Serbian-Chinese industrial park in Borča. 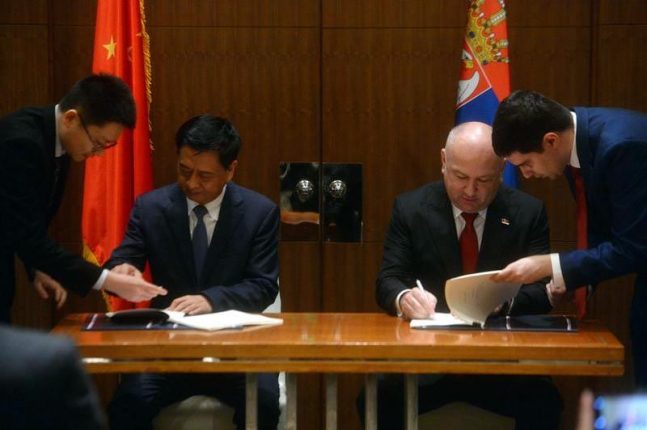 Forward contracts are baking-in huge price increases for the UK and Europe. An oil crisis hits the economy like a big wave breaking on...
Read more

The legal framework for gender equality is largely in place, but social taboos and habits are very strong and difficult to break. Empowered Women...
Read more

USA a Partner In Energy Transition

Serbia and the United States will cooperate on the energy transition, energy security and independence, and in diversification in the gas sector, following talks...
Read more

China’s trade with Russia isn’t enough to offset the impact of U.S. and European sanctions on Moscow, according to the White House. In the hours...
Read more