A Decade Of Heineken Serbia

"Russia will not be a credible partner, so it is economically and politically wrong to count on cooperation with...
Read more
22 May 2018
Facebook
Twitter
Email

Prime Minister Ana Brnabić visited today the Zaječar Brewery, owned by company Heineken and said that the business climate in Serbia is good, as evidenced by investors who, like the Dutch beer producer, came to Serbia ten years ago and are expanding their business.

Prime Minister congratulated Heineken on a decade of successful business in Serbia and pointed out that this renowned beer producer has invested in the past ten years more €than 200 million in Serbia and that it directly employs about 300 people. 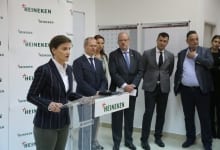 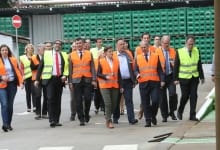 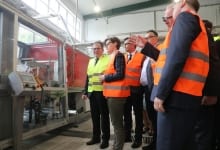 Brnabić said that the government is trying to make a better business environment in Serbia. “This is measured by our annual position on the World Bank’s Doing Business list, on which Serbia is progressing four years in a row. But even more important is that investors like Heineken, who came ten years ago, remain here and spread their business. That is the best proof that the business climate in Serbia is good,” Brnabić stated.

She also pointed out that the Netherlands is our important economic partner, one of the 20 most important trading partners and an even more important political partner, and expressed gratitude to that country for its support in the European integration process of our country.

In the past five years, she noted, the Dutch investments in Serbia have been increasing. Dutch companies have so far invested more than €2 billion in Serbia.

“We learned from Dutch companies, acquired new knowledge, technologies, skills and we used all this to make our exports to the Netherlands grow by a bit over 30 per cent last year compared to 2016 and significantly reduce imports from the Netherlands,” the Serbian Prime Minister underlined.

She especially thanked Heineken for helping in the restoration works of the National Museum in Belgrade, for which €40,000 have been collected to date.

General Director of Heineken Serbia Viktor Gillhofer said out that this company has invested €11 million in the Zaječar Brewery in the last two years alone.

Serbia is the regional leader in the development of technology, said the president of the World Economic Forum (WEF), Borge Brende, at the opening...
Read more

"The Future of Biotechnology" conference was held today at the Palace of Serbia in Belgrade, and it was officially opened by the President of...
Read more