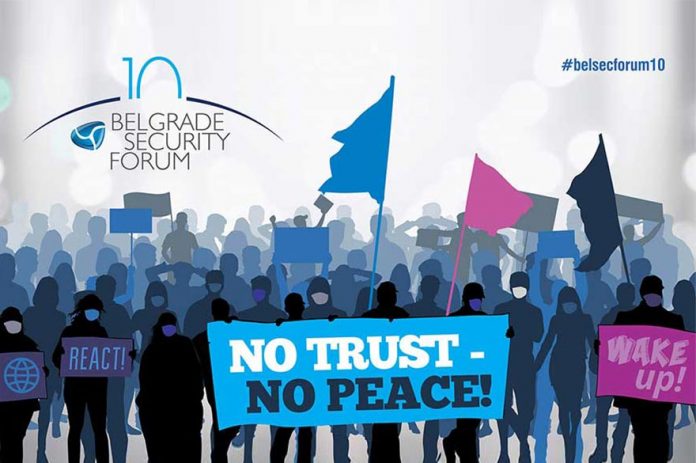 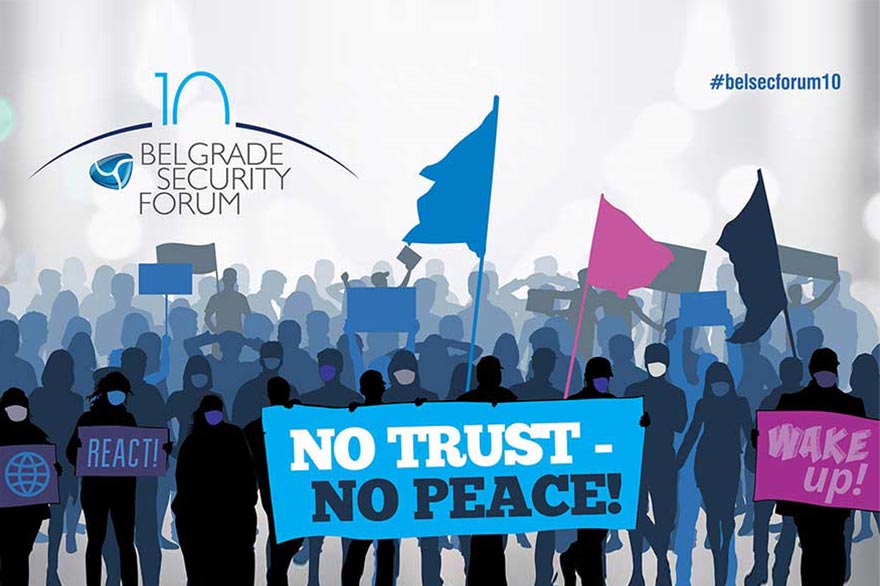 This year’s iteration of the Belgrade Security Forum (BSF) will be held throughout the month of October 2020, as a series of online events. BSF is marking its first decade by saying “No Trust – No Peace”. More than 20 online panels, sessions, discussions and special events will be organized as a part of celebratory 10th Belgrade Security Forum.

Participants of the tenth Belgrade Security Forum will initiate a discussion on issues that emerged as particularly important in the previous period marked by the pandemic – lack of trust and solidarity in international relations, manifested through the crisis of multilateralism, trust in technology and its impact on global development, state of democracy, which was among the first to be hit during the pandemic.

Questions of populism, far-right nationalism and organized crime have been burdening the global society and therefore will be addressed during 10th Belgrade Security Forum.

Traditionally, BSF Academic event will bring together young researchers from the Serbia, the region and the world to discuss the state capture and security (October, 20).

Belgrade Security Forum is the only event of its kind which was initiated by civil society organizations: Belgrade Fund for Political Excellence, Belgrade Centre for Security Policy and European Movement in Serbia. Since its first edition in 2011, BSF has been one of the most prestigious events covering security and foreign policy developments in Southeast Europe. Since 2011, BSF hosted over 230 discussions, bringing together over 4,000 participants and over 900 panelists, including decision makers and policy makers, representatives of security institutions, civil society, the international and academic community from Serbia and the region, but also other parts of Europe and the world.

Time To Bring The Process To An End

The Washington meeting covers previous dialogue agreements and topics currently under discussion in Brussels, already existing EU-financed infrastructure projects and the positions of the...
Read more