The National Alliance for Local Economic Development of Serbia NALED has celebrated ten years of its work with a ceremony at Belgrade’s White Palace that was attended by around 700 guests.

Serbian Minister of State Administration and Local Self-Government, Ana Brnabić, who was until recently president of the NALED Board of Directors, said that she expects this alliance will continue to be a partner to, but also the biggest critic of, the Government of Serbia.

Serbian Minister of Agriculture and Environmental Protection, Branislav Nedimović, a long-time member of NALED, stressed the importance of electronic government in order for farmers in Serbia to receive “serious reforms”. 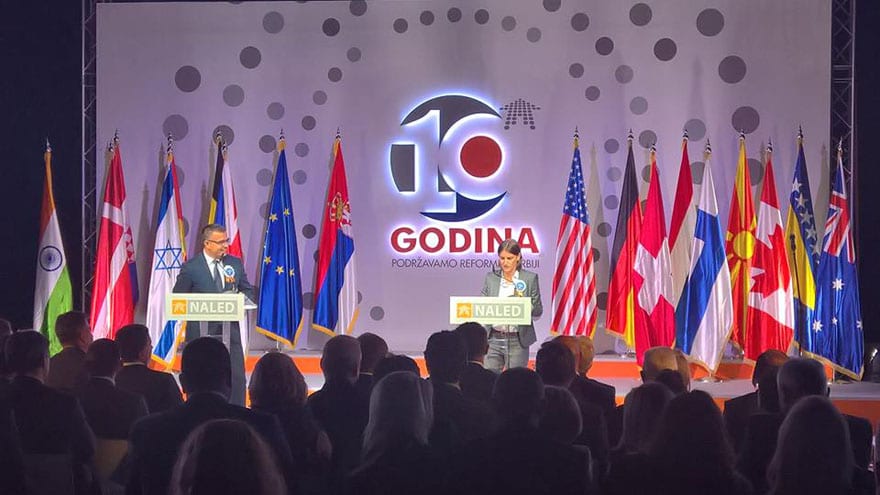 According to the words of U.S. Ambassador Kyle Scott, NALED has shown itself to be a good partner of the Government and the people of Serbia. “The fight against corruption has not yet been finalised and the grey economy needs to be beaten,” said Ambassador Scott, adding that the U.S. Embassy has strongly supported NALED since its formation ten years ago.

The celebration of the jubilee of NALED was attended by many ministers of the Government of Serbia, amongst them Aleksandar Vulin, Nela Kuburović, Aleksandar Antić, Mladen Šarčević et al., as well as business leaders and representatives of the diplomatic corps and many international institutions.

The Region Can Count On Wheat From Serbia

The agreed quantities of wheat and corn, before the export ban, will be realized as soon as possible, and the countries of the Open...
Read more