A large number of FIC member representatives took the opportunity to meet and exchange ideas in the exclusive atmosphere of the White Palace on September 20th.

The cocktail sponsored by FCA was the occasion for around 200 representatives of FIC members and selected group of potential members to network in a pleasant atmosphere and gain fresh information on main FIC plans and developments at this moment.

Members and potential members were greeted by FCA Srbija Director and FIC BoD member Silvia Vernetti-Blina, who reminded that the company joined FIC five years ago and witnessed the organization growing “stronger and louder while at the same time FIC has set a specific relationship with the Government. We are here today to promote the sustainable business environment in Serbia, which FCA Serbia, as a leading exporter and one of the biggest investors, sees as its obligation. There is no better way of doing this than jointly with the most renowned and influential business association, Foreign Investors Council.’’ Silvia also noted that as the member of the Board of Directors of FIC, she can confirm FCA Serbia full dedication for the stable and predictable business environment and support for the improvement of the business climate in Serbia. At the end of her speech, she thanked all guests for the attendance expressing hope that there would be the opportunity to meet during the evening.

FIC President Yana Mikhailova thanked FCA for sponsoring the event and praised members for their engagement in FIC to make Serbia a better and more sustainable place for investment. “FIC is a group of people who are passionately committed to make business climate and investment climate in this country much more attractive and our business operations much easier“, she said. “And we should be very satisfied. It works“, FIC President outlined, adding that FIC is gaining credibility among companies, stakeholders, Government and business community as a whole. She said that the FIC members now contribute to more than 20% to Serbian GDP, but that the impact on business climate is even more important. She outlined the importance of the White Book that is to be presented in November. She also announced that following the demand of members, 9th committee was about to be established, while the 10th will soon follow. At the end of her speech, Yana Mikhailova invited other Board members present at the event, committee chairmen and FIC Executive Office to join her at the stage, and they were greeted with the warm applause.

10 years long cooperation between FIC and AIM, publisher of CorD Magazine, continued this year with new FIC Guide 2016/17 presented at the event. Thanks to cooperation with CorD Magazine, additional publicity will be granted to both event and FIC Guide publication through news and photos in the October issue of the CorD Magazine. 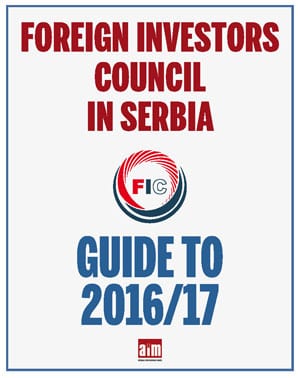 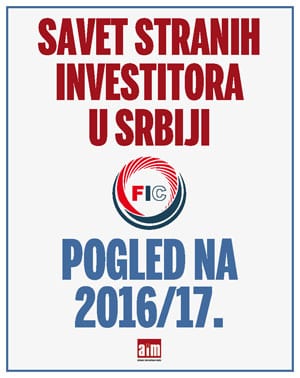 Even after the completion of the integration of Vojvođanska banka and OTP bank in 2021, we will continue to be dedicated to employees and...
Read more
Cord MagazineLeaders Meeting Point