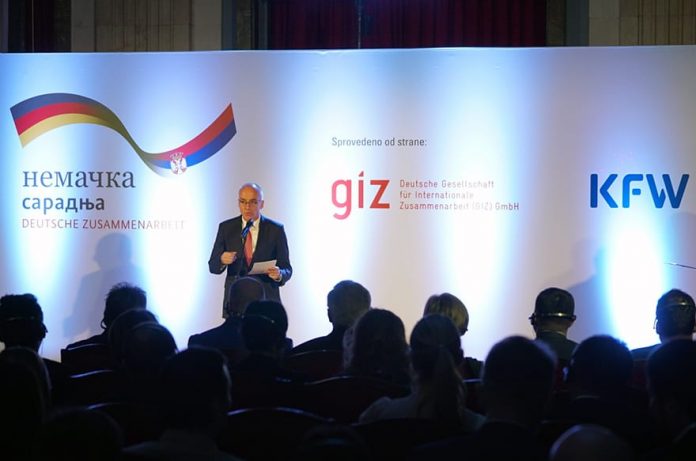 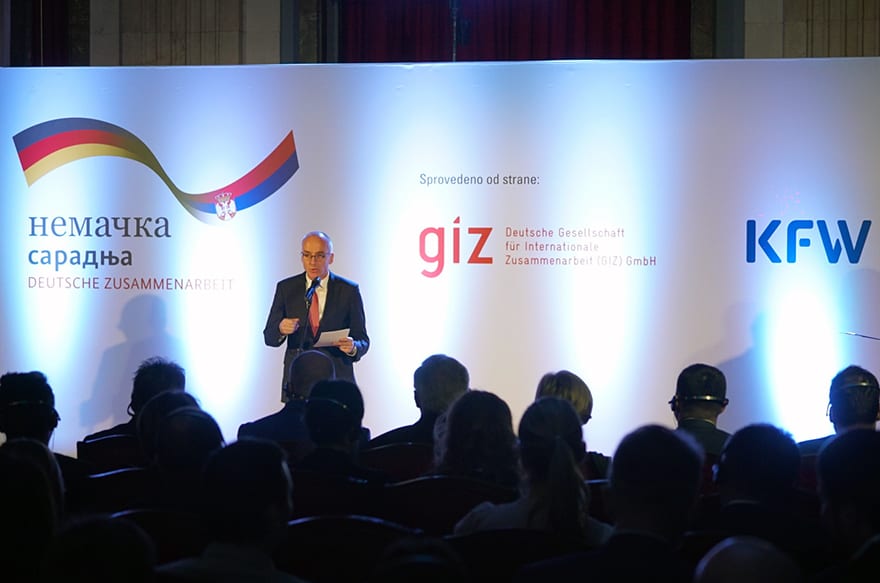 The premiere of the “Turning 18” theatre play and the “Actions Matter” exhibition in the City Hall of Belgrade ceremonially marked 18 years of German-Serbian development cooperation, where Germany has supported Serbia with more than 1.8 billion euros.

“Germany and Serbia have been working together for 18 years on improving the living conditions of people in Serbia. Everyone who lives in Serbia has certainly benefited from that cooperation in some way: for instance, in power supply, in the form of better education or higher efficiency of the public administration. We would particularly like to facilitate sustainable growth and employment. The German Federal Government has therefore allocated funds in the amount of nearly 30 million euros for Serbia this year, mainly for projects of rural area development and marginalised social groups, particularly the Roma population,” said Ambassador of Germany to Serbia H.E. Thomas Schieb.

Numerous guests at the celebration, organised in a partnership with the City Assembly of Belgrade, enjoyed the Reflektor Theatre’s play, produced by playwright Milena Minja Bogavac, which presented key areas in development cooperation of Germany in Serbia in an interesting and creative manner.

“The cooperation is definitely even longer, but during this period it has become specific and clear, owing to numerous projects. In eighteen years, 1.8 billion euros have been invested in projects in the areas of environmental protection, economy, administration and many others which are highly relevant for Serbia’s development. Four hundred companies from Germany operate in our country, employing around fifty thousand people. Out of that number, fifty firms are in Belgrade. We are honoured to have such a powerful partner in improving the standard of living, quality of life and social responsibility towards the population,” said Belgrade Mayor Prof. Dr Zoran Radojičić.

“Among the most relevant projects, I would point out to the rehabilitation and capacity expansion of the “Bajina bašta” hydropower plant, with the hydropower plant in Zvornik currently undergoing the same process, then 21 municipalities in Serbia working on the introduction of a remote heating system, 24 municipalities working on the introduction of a wastewater treatment facilities, and five out of eighteen identified schools implementing an energy efficiency system. These are tangible and visible things that help our country’s regional development so that after the EU association it can be more developed from the socio-economic aspect, closer to the EU standards and more adjustable to joint policies. Not only is this an expression of solidarity, but also a political decision to count seriously on Serbia,” said Minister of European Integrations Jadranka Joksimović.

The celebration of 18 years of German-Serbian development cooperation will also be organised in Subotica, Vranje, Trstenik and Zaječar, the cities where relevant projects within this partnership are implemented.