Mexico respects the territorial integrity and sovereignty of Serbia, and the exchange of parliamentary visits is essential for establishing...
Read more

The largest number of exploratory works relate to metals – copper and gold, lead and zinc, but also lithium and boron. Serbia will work in future on bringing some major world companies to the country

Although 72 companies dealing with geological exploration are currently present in Serbia, this doesn’t mean that our country has bequeathed its mineral resources to someone, including foreigners, while mineral resources are under the ownership of Serbia, says Stevica Deđanski Ph.D., State Secretary at the Ministry of Mining and Energy, speaking to CorD.

One of the most commonly repeated statements, from the socialist era to this day, is that Serbia is a country with great natural (and mineral) wealth. The current balance of reserves in Bor and Majdanpek alone guarantee continuous production for the next 50 years. How large are the total reserves of lignite, which we mostly use to produce electricity? What is the situation with brown coal in the vicinity of Štavalj and how many sites are being explored and exploited today?

– The total balance of reserves of lignite amount to 3.1 billion tonnes. Most of those reserves certainly account for the coal that is being exploited from the surface, in the scope of activities of EPS [state-owned electric utility power company Elektroprivreda Srbije] and used for electricity generation. Likewise, within the framework of public enterprise PEU Resavica there is a branch operating in Štavalj, where exploitation is performed using techniques and technologies under the scope of underground exploitation. The Štavalj desposits are certainly promising from the aspect of achieving the full value of current reserves of 200 million tonnes of coal through the production of electricity. The site in question certainly needs to be further explored and for the quantity and quality ot be increased, i.e. in the category of verified coal reserves.

Zidjin Bor is the new owner of RTB Bor, where the results of operations are impressive to date. What is it that attracts foreign investors like this – and many others – to invest in Serbia: proven mineral reserves, incentives granted by the state to take over abandoned giants, or something else?

Further development and an increase in mining capacities will impact greatly on GDP growth, i.e. on the economy of the entire country

All of the aforementioned, coupled with the proactive work of the competent ministry on attracting new investments, testifies to the fact that an environment has been created which provides security for both existing and potential investments in this sector.

Verified geological reserves in Bor and Majdanpek total around 1.38 billion tonnes of copper, gold and silver. What does this mean for Serbia; how is exploitation progressing, how much of these reserves are extracted annually and what is their value?

– The total balance of reserves in Bor and Majdanpek are somewhat smaller, but are still large enough to ensure the certain exploitation of copper for a longer period, which certainly provides security for that region, both in terms of the employment of the population and the region’s further development. During 2018, 16 million tonnes of ore was produced. With further development and an increase in mining capacities, but also capacities for processing ores, we are reaching a situation in which there will be a significant increase in the production of copper cathodes from our own raw material, which will impact greatly on GDP growth, i.e. on the economy of the entire country.

With the assumption the noted quantities of copper are as high as cited, what is Serbia doing with that valuable raw material; is it exported and, if so, to whom? Do some quantities remain in Serbia? Where are other deposits of this ore?

– Copper is a metal that is traded on the stock market, i.e. the stock market determines its price on the basis of supply and demand. Company ‘SERBIA ZIJIN COPPER BOR’ makes placements in accordance with its business policy, selling copper as a final product. The largest deposits of copper and gold are certainly in the Bor Metallogenetic Zone. 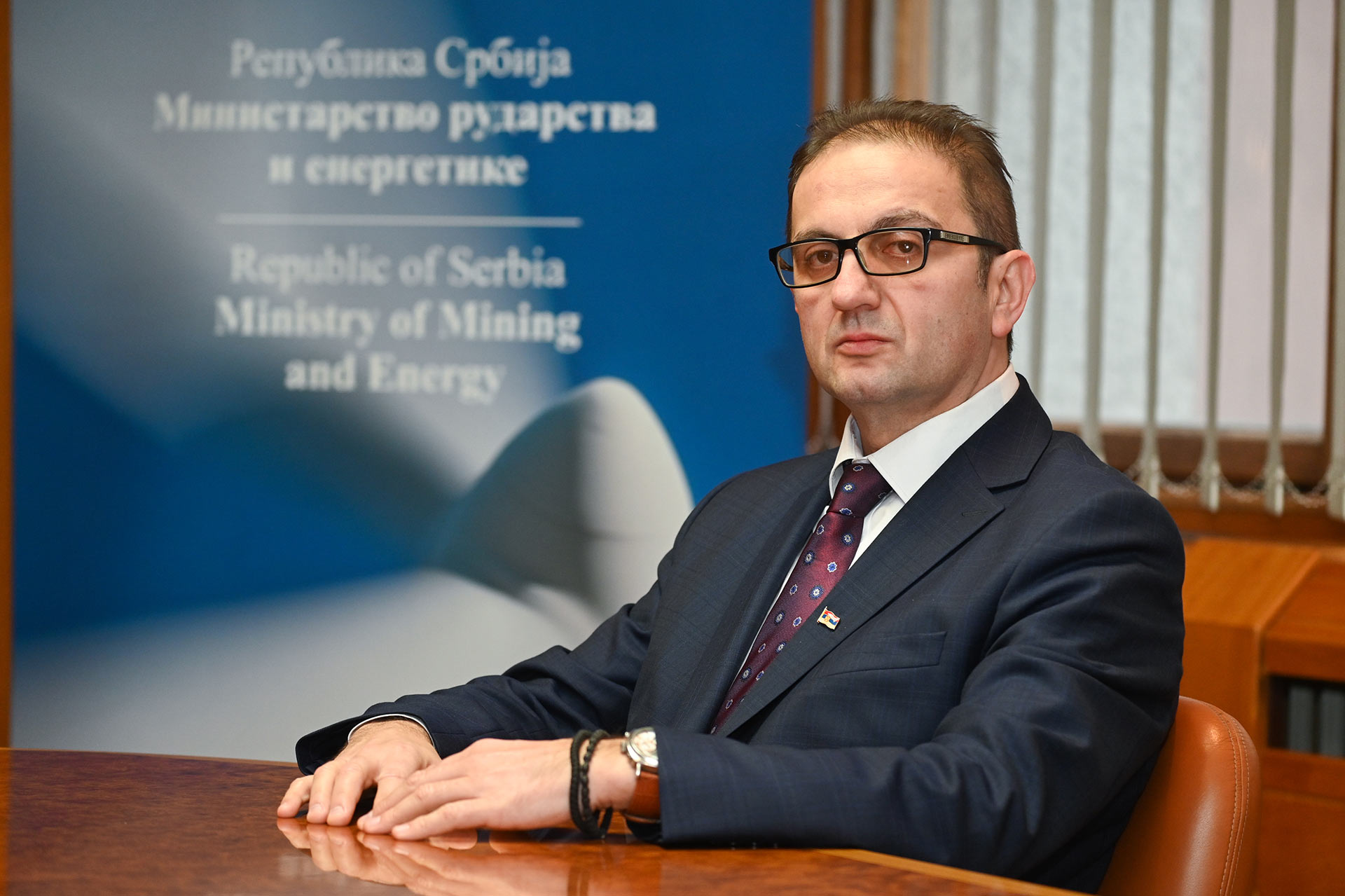 Following the announcement that Canadian company Erin Ventures has found several abandoned coal mines and huge reserves of boron ore near Baljevac on the River Ibar, and that company Rio Tinto plans to open three mines in Serbia, many people have questioned how many companies are conducting research on our territory and which minerals they are seeking. How many companies are engaged in geological exploration in Serbia today, and is it true that most of this research relates to raw metals, lithium and boron?

– There are currently 72 companies present that deal with geological surveying. Of the total number of companies, 31 have foreign capital. Most of the research relates to metals, specifically copper, gold, lead and zinc. Likewise, a fairly large number of research fields relate to lithium and boron.

We have also become known far and wide for lithium. What quantities of lithium do we have as proven reserves today; on which territory; and what is the potential of this mineral, given that there is ever more talk about battery-powered electric cars; and will this Serbian lithium be used to produce such batteries?

– We currently don’t have proven lithium reserves. Rio Tinto is in the final stages of exploration and we expect the verification of reserves very soon. At present, we can mention the potential of about 136 million tonnes of lithium ore at the Jadar site. Given the quality of the ore and the prospects of the area, it is certain that Serbian lithium will be used in the production of batteries that can be used for various purposes.

There are also presumed large reserves of the mineral Jadarite in the vicinity of Loznica. If the estimates of U.S. and Serbian geologists working on the Jadar project turn out to be correct, would Serbia be able to meet as much as 20 per cent of the world’s total demand for this ore? How high have reserves been estimated at so far; is research still underway or has exploitation begun?

– As I stated previously, we can currently talk about the potential of the Jadar site, which starts from around 136 million tonnes of ore. With the opening of a mine and the launch of the exploitation and processing of ore at the site in question, it will certainly be possible to service a large part of the world’s total demand for this mineral, which totals over 10%.

When it comes to Jadarite, we are talking about a rare mineral that contains both boron and lithium – two metals with a huge spectrum of commercial use in industry, agriculture and medicine. Are we using it for this purpose domestically, or is that still being done by foreign companies?

– Boron and lithium are present in the products of domestic industry to an extent. With the opening of a new mine and a plant for processing raw materials, the possibility is created to open new production facilities for products that will contain these two elements. As stated by President Vučić, Serbia’s priority is to process some of these ores here and to use them for finished products. In the coming period, in accordance with these intentions of the President, we – as a state – and also foreign investors will work to bring some major world companies that can work here and deliver final products.

Does Serbia have the money to research and exploit its own wealth of mineral resources? How long do exploratory works last; what is the value of those activities and did we have to hand over all the mining potential to foreigners? What would have happened if we hadn’t granted them access to local mines?

– Irresponsible and ignorant people are attempting to create an erroneous picture in the public. The Republic of Serbia hasn’t handed over its mining potentials to anyone, including foreigners. Raw mineral resources are owned by the Republic of Serbia, and companies receive the right to explore or exploit those resources in accordance with the law. They pay fees for that right and engage Serbian companies and workers. Likewise, the Republic of Serbia, via the Serbian Geological Institute, performs basic geological surveys, in accordance with financial possibilities. 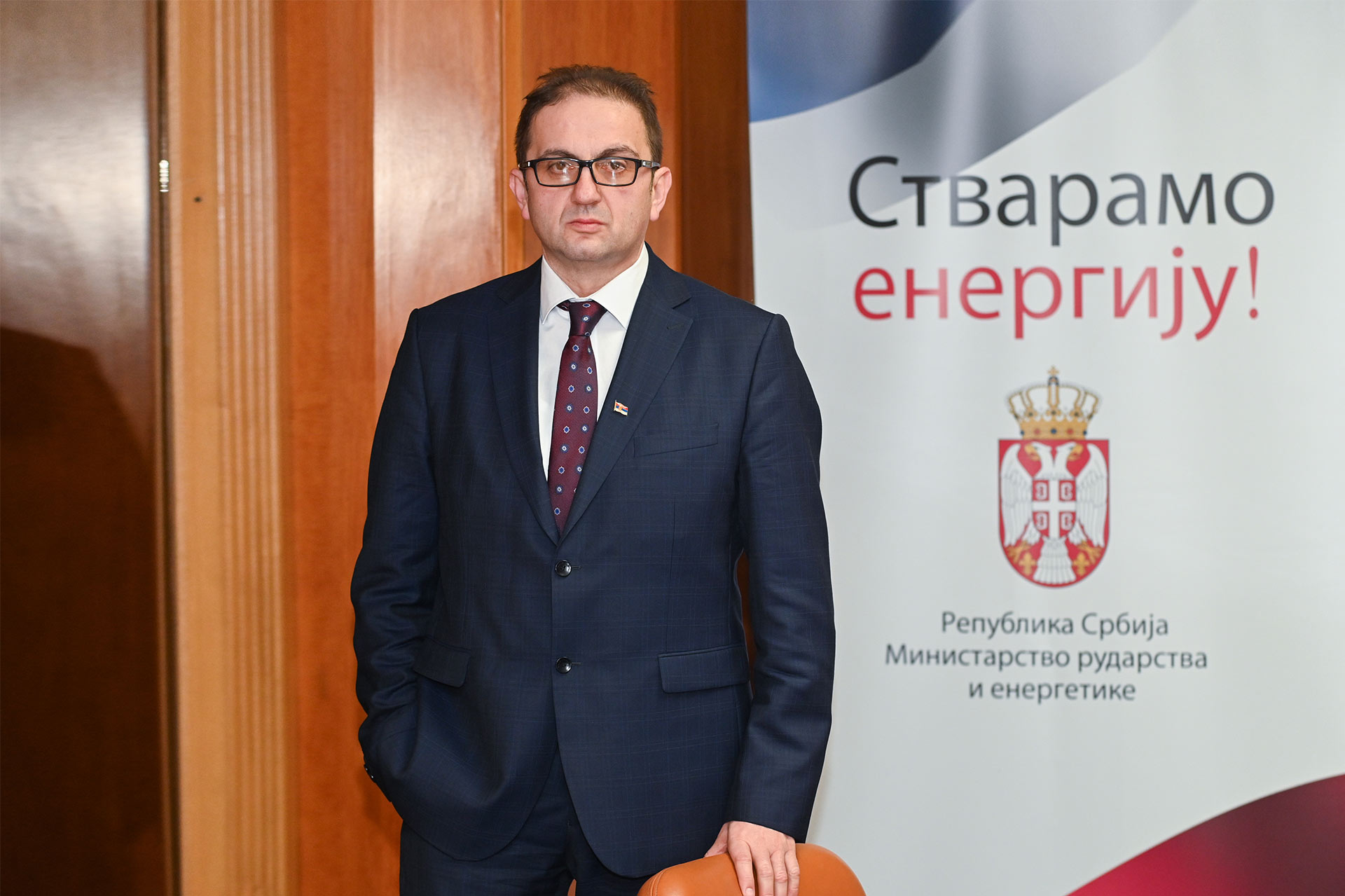 Serbia’s policy – as of seven years ago, to the present day and in the future – is a policy to protect the interests of our country and its economic development. I can state freely that we’ve represented this policy, and the stance that I always defend publicly, since Aleksandar Vučić came to power. That was the beginning of the liberating of Serbia from bad practises and poor, non-transparent operations. The result of that is an enormous increase of interest in investing in our country among both domestic and foreign companies.

This is shown very clearly with the presence of the world’s largest mining companies, such as Australia’s Rio Tinto, America’s Freeport, China’s Zijin, Canada’s Dundee, Mundoro and Medgold, and the very recent arrival of Brazil’s Vale – the third largest company in the world. I cite this as an example of interest in Serbia because when such large companies invest funds somewhere that only serves to shows two things: and those are great potential and an opportunity to generate profit, as well as certain and faith in the secure policies in place in that country. We must admit that we didn’t have any of that just seven years ago.