Development of Polyus’ Sukhoi Log, an untapped field holding that could produce 1.7m ounces once operational, will be the most significant step in generating more output. Of the smaller miners, Petropavlovsk Plc plans to boost capacity, while BlackRock Inc.-backed GV Gold may expand further, after more than doubling output since 2016 to 304,000 ounces.

Coal is perhaps the best performing mineral for Russia right now. Alexander Novak, Minister of Energy of the Russian Federation, has said coal is at a five-year-high in terms of both production and exports.

The entire industry has been flagged for ongoing development, particularly in creating better export infrastructure. According to Platts analyst Gareth Carpenter, weak development of port and rail infrastructure, outdated mining technology, and a lack of trucks, is hampering Russian development plans. 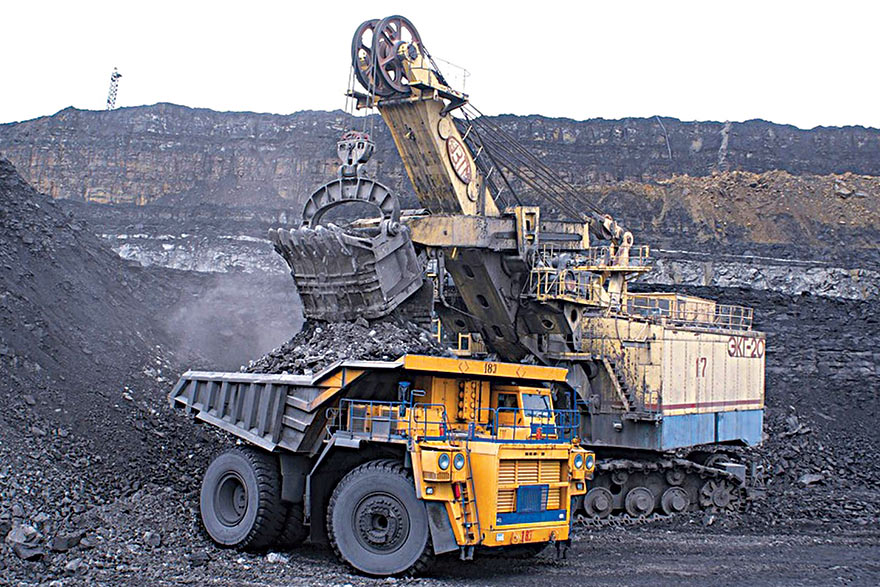 Up to $25bn has been allocated to the coal industry by the government to continue its positive growth and improve export-focussed infrastructure. Russian coal miners will have more money to invest in updating their equipment fleets from 2020 onwards.

One of Russia’s richest men, Roman Trotsenko, is eyeing up expanding production and construction on the Taymyr Peninsula. Despite being in the Arctic Circle, this region holds 5.7bn tonnes of coal, and Trotsenko’s company, Vostok Coal, is determined to extract it.

It’s projects and government spending like this that make coal one of the Russian mining sectors to watch in 2020.

Rusal’s market re-entry has faced some issues. The biggest issue is commodity prices. As of November 2019, prices had slumped 10% from their March peak, which means less demand. Most aluminium sellers, including Rusal, have run into difficulty when renegotiating contracts

This round up of Russian mining projects reveals companies large and small have expansion, refreshment and upgrades on their minds.

For example, Norilsk Nickel, one of the largest mining companies in the world and the chief nickel producer globally, will be investing $1.4bn in upgrading two key operations.

The first is the expansion of the company’s Talnakh Concentrator, also known as Talnakh Phase 3 or TOF-3. TOF-3 aims to increase the concentrator’s throughput capacity from 10 to 18m tonnes annually, as well as see installation of efficient enrichment technology. All the ore mined at the Talnakh deposit would be processed here. Project commissioning kicks off in 2023. 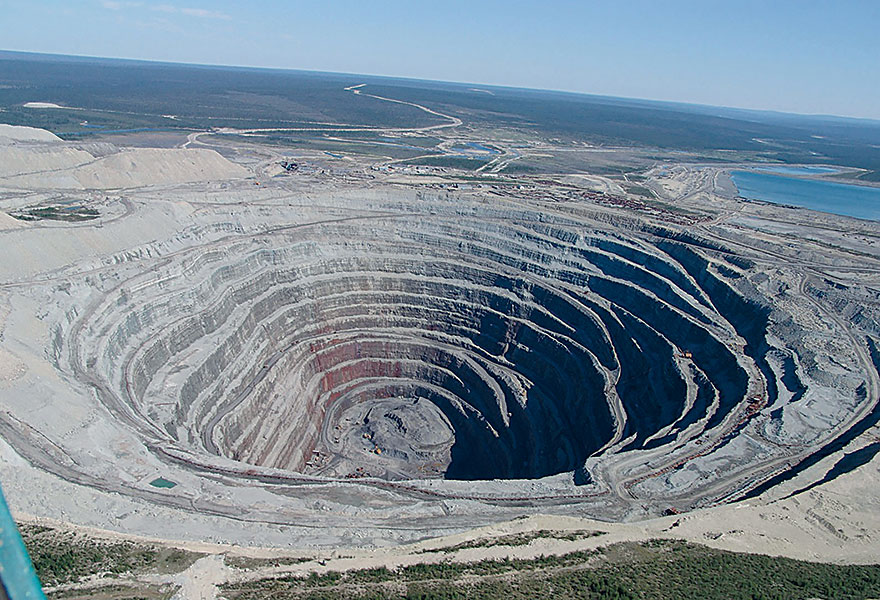 South Cluster will develop further the Norilsk-1 deposit where NorNickel draws a considerable share of its resources. Here, ore mining capacity, with the installation of modern infrastructure and technology, will reach 9m tonnes annually by 2027. Stripping works launched in 2019, while the mine rap-up is slated to begin by 2022 at the latest.

Another to watch is Udokan, one of the foremost greenfield copper projects in the world. Framed around a brand-new metallurgical complex boasting an annual production capacity of 12m tonnes of ore, and 130,000 tonnes of copper, annually, this is a major benefactor for Russian copper growth.

This is just two, but they represent a pleasant trend for exporters of mining and mineral extraction machinery and equipment: namely, Russian firms are looking to create or upgrade new mines.

RUSAL ON THE ROAD TO RECOVERY

Rusal recently had its US sanctions removed by Washington, which means Russia’s chief aluminium producer, and the largest outside of China, is back in business.

Even so, its market re-entry has faced some issues. The biggest issue is commodity prices. As of November 2019, prices had slumped 10% from their March peak, which means less demand. Most aluminium sellers, including Rusal, have run into difficulty when renegotiating contracts. 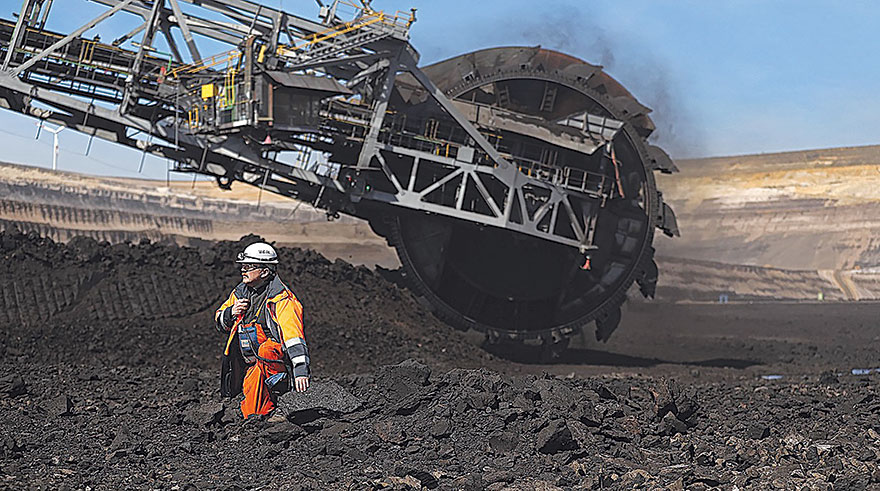 To circumvent this, Rusal is positioning itself as a player in the premium segment, according to the company’s Sales and Marketing Director Roman Andryushin. Value added products, such as alloyed ingots and slabs, are expected to make up 45-50% of Rusal’s sales next year.

The US is once more importing aluminium products from Rusal, with its VAP deliveries forecast to reach up to 300,000 tonnes in 2020.

Indeed, the company expects prices to start rising again alongside a spike in global demand by the second quarter of 2020. If this is the case, and revenues increase, it may be that Rusal starts to reinvest in its own production and extraction operations. Machinery suppliers are advised to follow Rusal’s activity throughout the coming twelve months.

The mining industry is one of the most important sectors of the Russian economy today. The growing demand for the various mineral resources regarding the development of a green economy will make this sector even more valuable

ENVIRONMENTALISM MORE OF A FOCUS FOR RUSSIAN MINERS

Miners throughout Russia are cleaning up their act.

A report from WWF-Russia – the 2019 Environmental Transparency of Mining and Metals Companies Operating in Russia – has revealed that companies a higher number of Russian miners are revealing their environmental measures.

41 companies took part in the 2019 survey, opposed to just 14 participants in 2018. According to the report, Russia’s leaders in transparency are Polyus, SDS-Ugol and Kinross Gold “The mining industry is one of the most important sectors of the Russian economy today. The growing demand for the various mineral resources regarding the development of a green economy will make this sector even more valuable,” Knizhnikov said. “With that in mind, we need to generate more efficient mechanisms that can reduce the negative impact of mining companies on the environment.”

Cleaning up does not come cheap. NorNickel, actually a major polluter, is investing $1.9bn this year to help cut its emissions and lower the company’s overall environmental impact. With eco-friendly thinking becoming ever more prevalent in Russian mining and mineral extraction, a space for technologies to help reduce damage to the country’s environment is emerging.

Together with the Government of Serbia and other industrial players, international mining and metals company Rio Tinto is working to change the image of mining in Serbia, and has so far invested $200 million in the lithium-borates Jadar Project
Read more

Cummins has a direct presence in Serbia, as a subsidiary of Cummins Inc., which demonstrates understanding for this market, especially in the area of mining
Read more

Serbia has put in place the Cadastre of Mining Waste, following a project implemented by the Ministry of Mining and Energy, and supported financially by the European Union
Read more

Most of the works that the Mining Institute is engaged in are in, or for, Public Enterprise Elektroprivreda Serbia (EPS), but the institute is also engaged in other areas
Read more

Serbia may benefit from strong demand for critical raw materials coming from Europe, but it has to seek responsible investors who apply good corporate...
Read more

Pledge for the Future

According to the opinions of both governmental and nongovernmental institutions, case studies and business results, Rudnik is among the top five examples of privatisation in Serbia. This is the first privately-owned mine of non-ferrous metals with underground exploration since World War II, and is today one of the most successful companies in this sector of industry
Read more

Ivan Janković, Assistant Minister at the Serbian Ministry of Mining and Energy

Serbian Lithium is Unique In The World

The economic development of every country with serious mineral potential is mainly based, to a large extent, on the exploitation and processing of mineral...
Read more

Serbia – A Leader In Exploration & Mining

GEOPS is a company that has successfully drilled dozens of wells in Serbia, Poland and Bulgaria with a depth exceeding 2,000 metres – the deepest of which, 2,202 metres deep, is in Bor, Serbia
Read more

GEOING is one of the first privately-owned companies in the Republic of Serbia to have been engaged in geological research since 1996, and since 2003 it has been expanding its activities to geological and geotechnical research, engineering and consulting. It was then that it gained the business name 'Geoing Group'
Read more

The Development of Mining Can Reduce the Brain Drain

Regardless of whether you produce copper as a final product or non-ferrous metal concentrates, your sales depend on the international market, where you need to be competitive. There is no isolation or protection of any market, says Branko Zečević, president of the Geological & Mining Association of Serbia (GRAS)
Read more

Great to Have Many Companies Exploring In Serbia

No Deficit of Mining Wealth Imminent

Wood is among the world's largest international engineering companies, employing as many as 60,000 people in 60 countries worldwide, while it has been operating in the Balkans for the past 15 years
Read more

Chinese company Zidjin Rakita is working intensively on the project to open the Čukaru Peki Mine, the exploitation of which could begin in the second half of 2021
Read more

Nada Štrbac, Ph.d., Dean of the Technical Faculty In Bor

This facility has the latest generation state-of-the-art equipment, accredited laboratories and exceptionally professional staff for monitoring gas emissions and imissions and the quality of water and soil
Read more

Dejan Kovačević, President of the Municipality of Gornji Milanovac

Ore From Brezak is Again Arriving

The surface mine in Pranjani has started operating again after a decade, given that Kraljevo's Magnohrom, which also encompasses this mine, has been acquired by a new owner
Read more

Russia is currently the world’s third largest gold producer, and its output has been rising year-on-year. Gold is amongst the hottest prospects in Russian mining right now. If the sector continues its upward trajectory, then Russia is well placed to leapfrog Australia and become the number two gold producer globally
Read more

Rio Tinto sold its last coal mines in 2018, becoming the first mining major to go coalfree. Since then other mining companies have followed Rio Tinto’s lead and exited the coal industry; could the days of mining majors investing in coal be numbered?
Read more

UK mining is set for growth after being largely forgotten as an investment destination for decades, mine developers said last month. However, much of the latest funding is coming from abroad, notably Canada, and not from the UK
Read more

The First Digital Dialogue Between Serbia And Russia