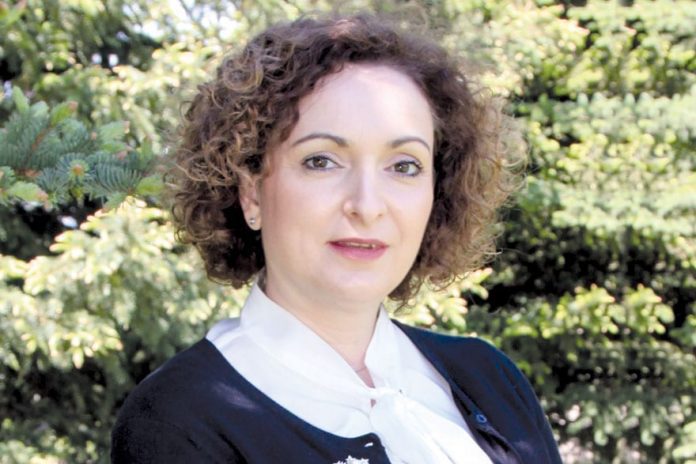 Serbia was not a tourist destination, but fortunately, that has changed during the last decade and a half, thanks to the many creative people that have turned Serbia into a good and exciting place for longer or shorter breaks.

Serbia has beautiful and very rich nature, archaeological treasures, monasteries and churches listed by UNESCO, food and drink, hospitable and nice people… What are TOS’s priorities in the further development of the Serbian tourism industry?

– To raise the quality of the offer, motivate domestic tourists to spend their holidays in Serbia and cooperate with local tourist organisations and the media.

On the international side, the goal is to position Serbia as a tourist destination and attract foreign travel agents and individuals to visit us.

Our advantages are in the diversity of our tourist offers, rich cultural and historical heritage, traditions and good geographical position. Here two important international transport routes intersect: the Pan-European Corridor 10 road route and the River Danube – Corridor 7, which is navigable along its entire route through Serbia, while air transport connections are also good.

Serbia is also located along Pan-European cultural routes – Transromanica Route, The Roman Emperors and Danube Wine Route, the Réseau Art Nouveau Network, the European Route of Jewish Heritage, the ATRIUM (Architecture of Totalitarian Regimes of the 20th century in Europe’s Urban Memory) Route, as well as a cycling route Eurovelo 6 and walking routes E4 and E7.

Serbia is recognised as a tourist destination, both for short and increasingly longer holidays, and that includes breaks in cities, summer festivals, spas, mountains and rural tourism, but also holidays on rivers and lakes

In the past ten years, we have attracted more guests from abroad, but they don’t stay for long. How can we retain them for a few more days?

– Intensive promotion abroad has contributed to Serbia already being recognised as a tourist destination. We participate in numerous exhibitions, while there are also study tours for foreign journalists (150-200 annually) and tour organisers, special presentations, exhibitions and workshops with representatives of the tourism industry.

As part of the regional offer, we present ourselves to the international tourist market together with the countries of the region, and as part of the tourist offer of Europe at the booth of the ETC (European Travel Commission). Thanks to these activities, Serbia is included as a tourist destination in more than 300 tours of foreign agencies.

The highest numbers of foreign visitors to Serbia are still tourists coming from the countries of the former Yugoslavia, accounting for nearly 800,000 overnight stays of a total of almost 2.74 million in 2016.

The number of tourists from Russia is rising again, while China is promising due to the abolition of visas for entering Serbia and the expected establishment of direct regular flights. There is also India as a large and promising market, and we are in the offer one of India’s largest tour operators.

The main reasons for coming are short city breaks, tours linked to visits to cultural and historical monuments, active holidays in nature, primarily skiing, hiking and cycling, in combination with rural and mountain breaks, as well as visits to summer music festivals and other events in Serbia.

TOS is going for promotions through intensive TV and digital campaigns on BBC World and Eurosport. This year’s foreign market campaign is being conducted under the slogan “Serbia – The place to be”. We are also beginning a promotion in the countries of the region under the slogan “Days of Serbia – Sounds of Summer”.

It seems that the tourism potential of our rivers is underutilised even in Belgrade and Novi Sad. Why do we “flee” from the rivers and don’t offer attractive projects for holidays on the water?

-The Palić, Bor, Silver and Vlasin lakes, then the Bela Crkva lakes, Lake Uvac and other smaller ones are recording steady growth in visitors. Advances are being made in the quality of offers, transport infrastructure and tourist facilities. There are also rivers – the Drina with its regattas and the Ibar, Lim and Nišava for rafting, the Danube with its overall tourist offer, as well as the River Sava… On the rivers, we organise cruises, canyoning etc.

Distributing vouchers increases the number of domestic tourists who holiday in Serbia, and we are now launching the summer campaign under the slogan “See Serbia”.

Serbian spas are renowned far and wide, but we are not utilising the possible benefits of health tourism that we could. Who needs to develop and invest in spa tourism and will the launched privatisation process yield the expected results?

– During 2016, Serbian spas attracted a total of 477,102 tourists, which is up 12 per cent on the previous year. Last year’s most visited spas were Vrnjačka Banja, Sokobanja, Bukovička Banja in Aranđelovac, Banja Palic, Banja Vrdnik etc. We expect growth in the number of users of spa/wellness products, due to the increasing demand for holistic medical treatments and therapies.

The majority of spas have numerous facilities for entertaining tourists, while some specialise in health-medical treatments, like the health resorts of rehabilitation centres.

Health tourism in spas is increasingly developing, such as with treatment in rehabilitation centres, while many offer spa/ wellness products due to the increasing demand for holistic medical treatments and therapies

Kopaonik and Zlatibor are slowly approaching the leading destinations for winter tourism in Southeast Europe. What are your plans for other mountains, especially Stara Planina and Mount Tara?

– The TOS promotes mountain centres as tourists destination for both winter and summer. For the summer season, they are promoted as holiday destinations in nature, with walking, hiking, mountain biking, various extreme sports etc.

The offer is being enriched with the building of adventure parks, the marking of walking trails and cycle paths, the adapting of winter infrastructure to summer activities (bicycle racks added to ski lifts) etc.

Rural tourism has great potential, both in attracting tourists and employing rural households. What are the TOS’s plans in this sector?

– In Serbia, we have over two hundred rural tourist households located in the vicinity of fifty towns and cities, close to national parks, nature parks, rivers, lakes, monasteries, archaeological sites etc. Contact with nature and delicious homemade food, freshly picked fruits and vegetables, will reveal hidden places and wonderful people who will familiarise you with rural customs and traditions.

Prevailing in Vojvodina are salaš ranches with voluminous spreads on the tables, where hosts nurture a special love of horses. In the Šumadija and Morava areas, you can stay on landscaped estates and “Moravian” houses. In the wine regions, rural guest houses and wine cellars are often fused, while the mountain regions offer holidays in log cabins and wooden huts.

How much direct tourism revenue was generated in 2016 and what are your predictions for the current year?