Zoran Petrović, President of the Board of Governors, AmCham Serbia

A Catalyst Of Economic Change

AmCham Serbia is the leading independent business association in Serbia with almost 200 of the most successful US, international and local companies from 18 industry sectors. Over the past 15 years, AmCham has been a catalyst of inclusive economic change and a committed promoter of good governance principles in Serbia

On the 15th anniversary of AmCham Serbia, we spoke with Mr Zoran Petrović, President of the Board of Governors, about the association’s achievements in the past and plans for the future.

What has made AmCham a vital and agile business association over the past 15 years?

– As a catalyst of inclusive economic change and a committed promoter of good governance principles in Serbia, the American Chamber of Commerce is always prepared to support our members’ needs and serve as a platform to help them achieve their business interests. Through various activities, formats, and events, we are always working on raising their voices on needed policy improvements, helping them expand valuable contact networks, and facilitating their professional development. Our promise is to constantly create value for our members, and our work on fulfilling that promise made us the leading business community we are today.

How has AmCham’s mission changed with the growth of membership and changes to the Serbian economy?

– AmCham’s main goal has always remained the same – to establish a business-friendly regulatory framework in Serbia. The number of our members grew over the past 15 years, which concurrently expanded the scope of topics and areas of our engagement. As a result, the number of AmCham Committees has constantly grown over the years, and today we have more than 10 active Committees, Task Forces, and Working Groups. They serve as effective platforms for dedicated professionals and experts to work regularly on proposing various policy improvements which will facilitate combating the grey economy, improving the healthcare system, introducing e-government, further improving tax, and many other initiatives.

How many companies are part of AmCham, what is their combined contribution to GDP and employment?

– Today, AmCham Serbia is our country’s leading independent business association. Our membership includes almost 200 of the most successful US, international, and local companies from 18 industry sectors. They have collectively invested over €14 billion and employ over 100,000 people.

We are proud to say that the AmCham community keeps expanding and that in recent times we have welcomed new successful companies into our membership such as PepsiCo, Novartis, Gilead, MasterCard, GGE, Henkel, Atlantic Grupa, Transcom and Kreston MDM. Our members are dedicated to the Serbian economy and their investments positively impact our GDP and employment rate.

How do you balance the interests of large and small members?

– Thanks to everyday communication with our members and through our annual member survey on regulatory issues, we always have our finger on the pulse of the business community. We constantly work on providing opportunities for all members to voice their priorities, the most important topics of which become the foundations of our Committees’ agendas. Through joint activities and individual efforts, we are dedicated to addressing areas of common interest and establishing a constructive dialogue with crucial decision makers.

In which direction should AmCham’s activities develop in the future? 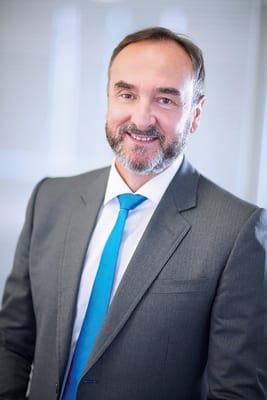 – In the period to come, the American Chamber of Commerce in Serbia will remain dedicated to facilitating economic reforms for a better business environment. As before, we will continue to lead the fight against grey economy and persistently work on tax regulation predictability.

This year, AmCham will also focus on the Digital Economy platform and e-Government, trade facilitation measures, the simplification of import and export administrative procedures, and the harmonization of environmental regulations. In addition, we have recently established the Energy & Infrastructure Subcommittee within our Real Estate Committee and added regulatory framework improvement in the energy sector to our tasks list.

In which ways does AmCham impact the improvement of the business climate in Serbia?

– Each AmCham Committee assembles the most experienced and active leaders from our member companies who pool their expertise to set up the Committee agenda. They constantly work on recommending the best policies and pointing out a regulation that needs better implementation. Thanks to the dedicated work of our Committee leadership, Serbia has conducted various successful reforms that have affected the business environment and reaffirmed AmCham as a reliable partner for government institutions and bodies.

Which positive reform steps in Serbia would you single out as being influenced by AmCham the most?

– Over the past 15 years, AmCham has been an effective platform for achieving numerous successful initiatives and goals. In that way, 2016 was a challenging but quite successful year that brought tangible outcomes to our efforts.

After four years without access to innovative drugs for Serbian patients and after significant advocacy efforts from the AmCham Health Care Committee, 23 innovative medicines became part of the mandatory health insurance package. 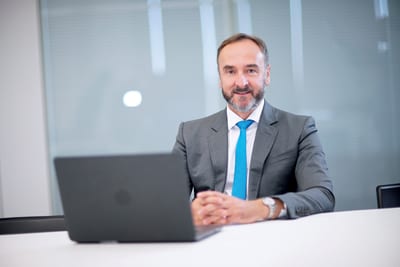 In line with our Tax and Finance Committee suggestions, the appellate procedures on the rulings of the Tax Administration have been transferred to the Ministry of Finance, effective as of mid-2017. We hope that this move will improve the perception of impartiality and facilitate more predictability in the implementation of binding opinions issued by the Ministry of Finance.

A major achievement of our Combating the Grey Economy Committee was the initiated specialization of prosecution and courts in four centres in Serbia for illicit trade performed in an organized manner. Such specialization allows for targeted training and faster coordination with relevant inspection authorities, which, we hope, will produce a more efficient judicial outcome from 2018.

The other committees were successful in their efforts at improving the regulatory framework. The AmCham Real Estate Working Group has actively worked in drafting regulation aimed at improving procedures for issuing construction permits. The result was the New Law on Construction Permitting.

In addition, the Labor Law was adopted, incorporating more than 70% of our suggestions from our Labor Regulations Committee. These accomplishments give us the confidence to continue to push our policy priorities to the forefront of the government’s agenda.

Where do you see the greatest challenges to economic policy in the period ahead?

– Our annual survey results presented at the Lap Time Conference last year show the greatest challenges continue to be in decreasing of the parafiscal burden, as well as increasing transparency, predictability and consistent implementation of tax regulations by the Tax Administration. Almost three-fourths of our members see these issues as top priorities to be resolved in the period to come. In addition, for the first time, eGovernment, as one of the means to increase the efficiency of state administration, is also among AmCham members’ priorities.

Considering such challenges, what do you consider as being the most important steps for the government to take in the period ahead?

– First of all, it is very important to ensure that all proposals for enacting and effecting changes in laws that impact the business community are transparently and communicated in a timely manner to the general public. More importantly, in order to ensure the proper economic and social impact of the reform initiatives undertaken, the government should continue implementing all those laws and by-laws that have been enacted.

Public-private dialogue would enable the business and academic communities to give feedback in an open and organized process of public debate. The continuation of open dialogue between the private sector and decision-makers is one of the most important steps, leading to the improvement of the business climate and economic prosperity.

Which government initiatives are you engaged in?

– We participate in numerous working groups that are in charge of enacting new or amending existing regulations. We strive to bring the best practice from our member companies and to be a helping hand for government in all those initiatives that are relevant for our membership.

AmCham participates in numerous government groups working on enacting new or amending existing Laws and regulations. Our goal is to bring the best practices of our member companies, offer solutions that will make a positive impact on the business environment in Serbia, and to be a helping hand for the government in all the initiatives that are relevant for our membership.

How would you evaluate the situation in the banking sector?

– The Serbian banking market is ‘overbanked’, and this is putting substantial pressure on profitability. We see that a process of long-awaited consolidation has started. This might represent the first step towards the industry’s downsizing over the midterm. Overall, the banking industry is among the best regulated, the most highly capitalized and liquid. With an improved macro picture, the loan supply started to grow since last year while non-performing loans finally abated.

From a banker’s perspective, how would you assess changes in the economic sector?

– The investment climate has improved significantly over the past two or three years on the heels of the very tangible achievements that the government made in the public sector and economic reforms. Interest rates are at historical lows, as the exchange rate is facing very low volatility, both reflecting the confidence that the market gained with the government.

What the government has done was to deliver unpopular measures, thanks to which the budget deficit/GDP was cut from 6.6% in 2014 to 1.4% in 2016, resulting in the public debt growth trajectory not only being stopped but reverting the trend downwards. Further, the government passed a number of various changes in legislation, creating a more market-friendly environment.

Altogether, coupled with the acceleration of EU accession negotiations and the successful performance of the IMF precautionary arrangement, this created a nice incentive for the market to revive, so investors could regain their trust and count on more macro-economic stability over the mid-term.

Consequently, we saw a healthy influx of FDI, which flowed into tradable sectors supporting a new investment cycle in production capacity and adding an impetus to the lending revival as being partly financed via local banks. Also, FDI brought growth in employment. Hence, the business environment has improved significantly, and we expect it will soon be reflected in further upgrades of the country rating.