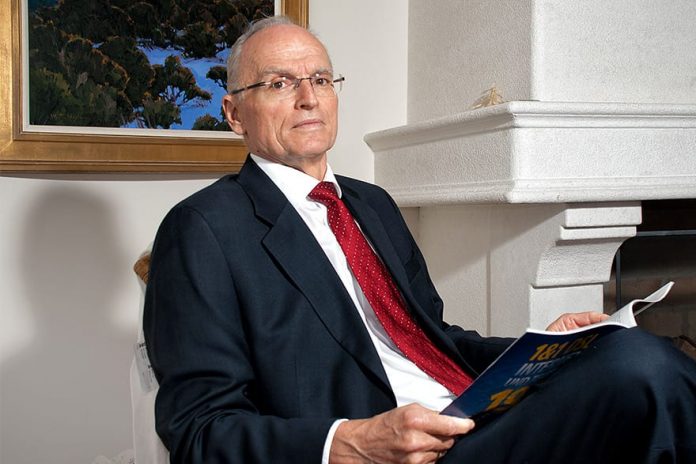 The German government has long supported and continues to support the development of Montenegro in many senses. Germany has sponsored and funded many improvement projects, contributed know-how and expertise, and lends its help to bolstering public institutions and their proper administration. All in all, cooperation between the two countries – as described by H.E. Mr Pius Fischer, Ambassador of Germany to Montenegro – has been characterized as excellent.

In this exclusive interview, Mr Fischer talks about some of the most prominent areas of this cooperation and points out some of the potentials which lies ahead. “We might be critical,” the ambassador notes, “but always in a constructive and supportive manner. Germany wants to see Montenegro in the European Union – as a democratically consolidated and economically healthy country.”

The region of the Western Balkans underwent significant turbulence over the past 20 years, and we hope this will end with the entrance of these countries in the EU. How do you see this process when it comes to Montenegro?

– Montenegro stands out in the Western Balkans as a multi-ethnical and multi-religious country with considerably internal stability and good neighbourly relations with all of its five neighbours. It is leading by example and thus contributes significantly to regional stability.

Measured by its per capita income it ranks third after Slovenia and Croatia amongst the successor republics of the former Yugoslavia. Following the reforms in 2011 and 2012, the EU has decided to open membership negotiations in June 2012. The challenges now are to maintain the reform momentum and to strengthen the rule of law in Montenegro sustainably. This includes a drive to fight corruption and organized crime effectively. There is no doubt that the pace of Montenegro’s accession to the EU will first and foremost depend on the progress achieved in these crucial areas.

How would you rate the overall bilateral cooperation of the two countries?

– Our bilateral relations are excellent and have gained momentum. Both our political dialogue and the practical cooperation between Germany and Montenegro are substantial. The increasing frequency of high ranking bilateral visits that have been recently taken place amply illustrates this fact. Both Deputy Prime Minister and Foreign Minister Luksic and Deputy Prime Minister and Minister of Justice Markovic have already visited Berlin this year, meeting with their respective counterparts and, inter alia, members of the German Bundestag

Now the German Minister for Economic Cooperation and Development, Dirk Niebel, is paying a visit to Montenegro, underlining our commitment to Montenegro. Germany is a key partner of Montenegro on its path towards the European Union. If necessary, we might be critical, but always in a constructive and supportive manner. Germany wants to see Montenegro in the European Union – as a democratically consolidated and economically healthy country.

What are the key sectors in which cooperation between Germany and Montenegro is dominant? 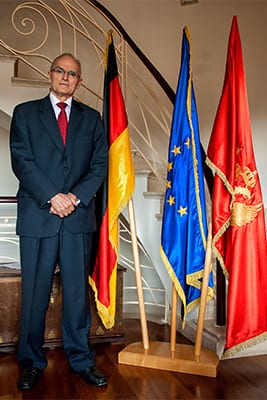 – Development cooperation focuses on some of the key areas for the economic development of Montenegro: energy, wastewater management and tourism. The German Development Bank KfW, for example, finances the sewage systems around the Bay of Kotor and the construction of several wastewater treatment plants between Herceg Novi and Ulcinj. In the energy sector, the German KfW provides low-interest loans for the modernisation of Montenegro’s ageing power plants and the transmission lines necessary for the interconnectivity of the power grid of Montenegro.

KfW also facilitates the energy-efficient rehabilitation of some 30 schools in Montenegro, whereas the GIZ has contributed significantly to develop tourism in the Montenegrin hinterland (hiking and biking). In support of the EU accession process, Germany makes also substantial contributions to Montenegro’s efforts to strengthen the rule of law.

In addition to two German-led EU Twinning projects in the area of corruption prevention and the reform of the penitentiary system, the German government will second a renowned judicial advisor to the Ministry of Justice in order to help comprehensively implement the judicial reform agenda in the years to come.

Germany is a key partner of Montenegro on its path towards the European Union. If necessary, we might be critical, but always in a constructive and supportive manner

How does this affect the business environment?

– The rule of law is the single most important condition for the German business to invest in Montenegro. It will contribute to more business activities of German companies in Montenegro, the potential of which is surely not sufficiently exploited today. At a German-Montenegrin Business forum organised in May last year, some 200 Germany companies have shown an increasing interest in Montenegro, provided that a favourable investment environment will take root here.

Germany supports Montenegro also with respect to the establishment of democratic, free and transparent market and economic structures. How do you rate the progress in this segment of cooperation?

– Transparent procurement procedures and a reliable legal framework are important issues regularly raised by German companies. The tax climate is generally favourable to foreign investment in Montenegro, but retroactive taxation in the telecommunications sector has raised doubts in the past, to give you one example. Administrative procedures, for example for construction permits or public tenders, are sometimes not entirely transparent or too cumbersome and can be further improved.

All in all, I am confident because I see the commitment on the side of the Prime Minister and the government to improve the overall business environment, which is especially needed if Montenegro wants to attract more investors from the EU member states.

Following the opening of the membership negotiations in June 2012, too little progress has been made on the substance of chapters 23 and 24

Like with its neighbours, the core of the accession negotiations of the EU and Montenegro are in chapters 23 and 24: the rule of law, judiciary sector, human rights and the fight against corruption and organized crime. What do you think of the progress in these sectors?

– Following the opening of the membership negotiations in June 2012, too little progress has been made on the substance of chapters 23 and 24. 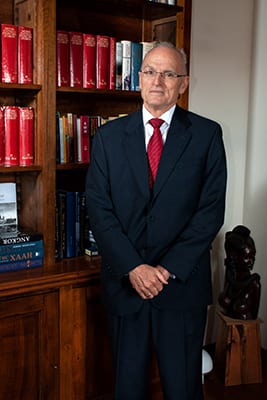 This might be partially due to the fact that Montenegro was going through a double election year – with parliamentary elections in October and the presidential in April. A period of political campaigning is rarely conducive to difficult political decisions. However, we are now encouraged by attempts to rectify certain deficiencies in the electoral process and investigate the “Snimak” affair. It still has to be seen what will happen with some court verdicts that have been quashed by the appeals court.

These were verdicts which had been previously presented as successes in the fight against corruption and organized crime. I can see that Montenegro has now redoubled its efforts to make progress in the areas of chapters 23 and 24. An agreement on the constitutional reforms, needed to strengthen the independence of the judiciary, is within reach and would be a major step ahead. Both the ruling parties and the opposition parties involved in finding a compromise here deserve our recognition. Furthermore, the chief negotiator for EU accession has submitted substantial actions plans on chapters 23 and 24 with very concrete objectives and clear benchmarks. These steps lead the way in the right direction.

In May this year, a contract was signed concerning the loan between the German Bank for Development (KfW) and the Montenegrin Electric Transfer System (CGES) with a value of €25 million for the construction of a transmission line between Montenegro and Italy. How important is this project for the development of Montenegro and of the region?

– Besides tourism, the energy sector is the most promising area for economic development in Montenegro. This country clearly has the potential of becoming a regional energy hub and even a net exporter of energy if it takes the necessary decisions. If Montenegro further exploits the potential for renewable energies, if it resolutely cuts energy subsidies for unprofitable companies and if it improves the connectivity of energy transmission networks within the region, the energy sector can be a true driver for economic development in Montenegro. The Trans-Adriatic Pipeline (TAP) offers another perspective for Montenegro to serve as and profit from its position a potential transit country for energy.

An agreement on the constitutional reforms, needed to strengthen the independence of the judiciary, is within reach and would be a major step ahead.

– When considering the funding of a concrete project, three conditions must be met. First, the project must serve the aims and objectives of German foreign policy, for instance, those of the Stability Pact for South-East Europe. Second, the project should yield a tangible result within a reasonable time span and, third, efficient and financially sound management by the Montenegrin partners is required. The rehabilitation of the ammunition storage in Brezovik, which you have just mentioned, fulfils all these requirements, and it is, therefore, a small but significant success story of our cooperation.

When it comes to cultural and educational exchange, what is the level of development?

– In the field of education, we particularly support the promotion of German language courses at higher secondary schools and the foreign language department of the University in Niksic. German is the mother tongue of approximately 100 million Europeans, it is without doubt one of the most important languages in the EU.