The Montenegrin Foreign Investors Council (MFIC) has developed good and open cooperation with the government, which values its objective view of the overall business environment. In this interview, MFIC President Miroslav Hiršl reflects on the progress Montenegro has made in many areas, the government’s ambitious plans and the tasks and challenges ahead for the cabinet. He also notes that the eight renowned members that joined MFIC last year are a sign of the country’s attractiveness to foreign investors. However, he points out that in several areas progress has been minimal – with labour legislation and information-communication technology being the most pronounced examples. “The Council will continue to offer proposals to remove business barriers, which will make the Montenegrin business environment more attractive,” says Hiršl.

What would you name as the key positive and negative factors that marked 2015 when it comes to the overall business environment?

Overall, 2015 saw some very positive developments. Those were primarily the highway and submarine cable development projects, coupled with hotels and resorts on the coast, which boosted economic activity in the country significantly. This economic boost brought about an increase in construction.

Furthermore, a very good summer season with an increased number of tourists, overnight stays and spending had a positive impact on the entire economy. On the other hand, our members note that political instability served to slow down economic activity to an extent over the past year. However, the issues were overcome in a democratic manner, with no lasting consequences.

To what extent do EU integration and the invitation to join NATO contribute to changing the overall business and investment climate in Montenegro?

The EU integration process is very important for Montenegro and the fact that Montenegro has opened 22 chapters by December 2015 demonstrates that EU accession is one of its most important goals. Opening new chapters also imply further harmonisation with the EU acquis, which is a very demanding process. The news about the invitation to join NATO was accepted with enthusiasm by the majority of investors, as it is recognition of stability, both in political and security terms. This is very positive for business and the investment climate, as European and Euro-Atlantic integration will increase the investment appeal of the country, especially to investors from Western Europe, and contribute to increasing the competitiveness of the economy.

We have seen improvements in competitiveness, transparency and business-friendliness in Montenegro in the past year. Nevertheless, there is still work to be done and challenges to be overcome

To what extent is the harmonisation with the EU acquis evident in the implementation of the legal framework?

Harmonisation with the EU’s rules is a very demanding process. Most EU regulations have been transposed to the national legislation, though their implementation is not so smooth. Based on the experience of our members, the interpretation of the EU rules is sometimes an issue requiring the creation of bylaws or frequent amendments to laws, which complicates everyday business. For this reason, our members also challenge the effectiveness of such laws. What is positive is the political will and effort that the government is investing in the process of aligning with EU standards, which we believe will come eventually.

To what extent does the Government respect the goals it set out in its programme for 2015 – 2017, and what do you expect in that sense this year?

There were many ambitious goals set down in the Government reform programme for 2015 – 2017. The reforms put in place to boost the economy and reduce debts are being implemented, but there is still a lot of room for improvement. Investments have increased in the projects the Government had already concluded, and which contributed to the increased competitiveness of the economy. One of the goals was to reduce public debt with new investments, but more action is still needed. We expect that the focus this year will be on reducing the unemployment rate and public debt and that planned structural reforms will continue. 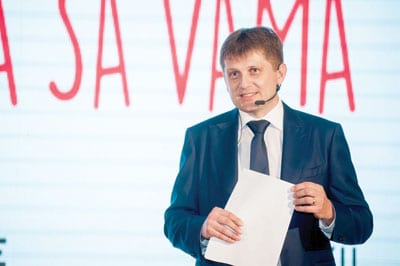 The European and Euro-Atlantic integration will increase the investment appeal of the country, especially to investors from Western Europe, and contribute to increasing the competitiveness of the economy

What do you expect from the Government when it comes to resolving related issues – higher economic growth and an increase in production levels?

In its 2015-2018 development programme, the Government targeted several development areas which foster innovation, digitisation, youth mobility, sustainable development and economic policy, while reducing unemployment and poverty. The areas which are supposed to bring higher economic growth are tourism, agriculture, energy, transport and construction. One such incentive is the Government’s programme of subsidies for investments with a minimum value of 500 thousand euros and creating a minimum of 20 new jobs within three years of the date of the agreement, which is rather attractive for direct investments.

How do you assess the impact of large infrastructure investments by the Government on future economic growth and overall macroeconomic stability in the following years?

Infrastructure investments are indispensable if we want to maintain macroeconomic stability. Large-scale projects are of particular importance for boosting economic growth. During the event we organised in December with the Prime Minister, we were able to hear that investment projects will continue and that more foreign investors will come to Montenegro. In addition to infrastructure projects already initiated, the focus will be on infrastructure projects in the North and in agriculture. This will certainly help maintain macroeconomic stability and encourage the development of the Northern region.

Are you satisfied with the communication between MFIC members and the Government?

The Montenegrin Government is well aware of the importance of foreign direct investment (FDI) to the sustainable growth of the economy. This makes perfect sense since so far the increase in wealth has primarily been driven by significant foreign investments. Government activities largely consisted of reforms directed towards improving the investment climate in Montenegro. We have seen improvements in competitiveness, transparency and business-friendliness.

Nevertheless, there is still work to be done and challenges to be overcome. We have good and open cooperation with the government given that we, as foreign investors in the country, have an objective view of the overall business environment, together with its advantages and disadvantages. MFIC organises events where government representatives are often invited as guest speakers.

In 2015, MFIC hosted Prime Minister Milo Đukanović, Deputy Prime Minister and Minister of Foreign Affairs and European Integration Igor Lukšić, and Aleksandar Bogdanović, President of the Executive Board of the Union of Municipalities of Montenegro and Mayor of the Old Royal Capital of Cetinje. These events, which have become traditional, present a valuable opportunity for our members to exchange views directly with the state’s highest officials and they appreciate such an exchange.

In addition, we have our White Book, in which we give recommendations to the government for improving the business environment and removing business obstacles, and we have meetings during which we present and elaborate our proposals. 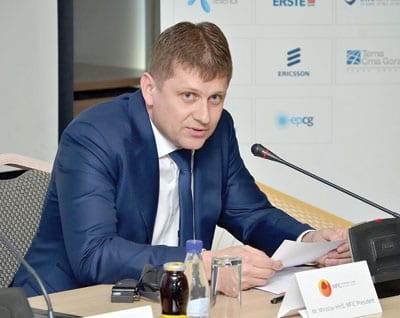 Last year the membership of the Montenegrin Investors’ Council increased with the inclusion of eight recognised and respected companies, which clearly indicates that Montenegro is acknowledged as a country with high investment potential

Does this cooperation provide visible results when it comes to removing the obstacles identified in the White Book? Can you identify the areas where progress is visible and those without any progress?

Every year after we publish our White Book and receive feedback from the Government’s Council for the improvement of the business environment, regulatory and structural reforms. We can say that the Government accepted approximately 40 per cent of our proposals, and dismissed the same percentage. What has improved is the regulation of the employment of foreigners, which was the biggest obstacle for our members, as foreign investors operating in Montenegro.

The area of real estate development and administration also witnessed some progress. The proposals of members related to regulations on taxation, ports and yachts were also accepted. The areas where progress was minimal are labour legislation and information-communication technology. The Council will continue to offer proposals to remove business barriers, which will make the Montenegrin business environment more attractive.

To what extent do the World Bank’s Doing business index and your MFIC index align when it comes to assessing the simplicity and efficiency of doing business in Montenegro, and where and why are they not in correlation?

According to the Doing Business index, Montenegro advanced by one position, while our index shows almost the same result as last year, which indicates stability and not many positive changes. The areas with clearly visible progress recognised by the World Bank, such as property development and taxation, were also recognised by our members. What must be improved based on our Index is the labour market, employment and corporate governance.

In your opinion, what were the key factors contributing to the significant increase in FDI levels in Montenegro in 2015?

FDI is constantly growing in Montenegro. Investment potential has so far been identified within several sectors: tourism, energy, infrastructure and agriculture (with tourism and energy singled out as key sectors of growth in the past year). One of the key factors for attracting new investments is stability in almost all crucial business areas, and a very favourable fiscal environment, where VAT is among the lowest in Europe.

How can your experience at MFIC and your professional expertise help the Montenegrin Agency for Foreign Investment (MIPA)?

The Montenegrin Foreign Investors’ Council and the Agency for Foreign Investment Promotion (MIPA) signed a Memorandum of Cooperation in December 2015, as a significant part of our goals are the same, in terms of creating a country with high investment potential and numerous advantages for investors. What we can offer to MIPA is the expertise of our members in different areas and tangible proposals to improve the business climate and facilitate the inclusion of foreign entities in the domestic environment. Foreign investors prefer to come to us and share their experiences with us, asking for assistance and proposing concrete steps. We believe that cooperation with MIPA is a natural follow-up if we want to promote investments in Montenegro.

How does the increased interest of investors in Montenegro reflect on the membership base of the MFIC?

Last year the membership of the Montenegrin Investors’ Council increased with the addition of eight recognised and respected companies, which brought some important projects to Montenegro. This increase clearly indicates that Montenegro is recognised as a country with high investment potential. The fact that those new investors want to join us shows that our activities are significant and that foreign investors have trust in our Council. We hope that our membership base will increase further as we continue targeting new members from different industries who have long-term projects and plans to stay in Montenegro.

Day of remembrance of victims of NATO aggression marked

We Are Committed To Our Future

The strong progress made by Montenegro since the restoration of independence in building democratic institutions and the modern economic environment – within the framework of EU and Euro-Atlantic integration – now obliges that the government takes on more ambitious goals: the creation of the preconditions for sustainable and dynamic economic growth and increasing employment
Read more

The Government of Montenegro has set itself ambitious goals for achieving economic growth, attracting investments and implementing major infrastructure projects in order to advance...
Read more

We Can do it Even Better

The Montenegrin Government is well aware of the importance of foreign direct investment for the sustainable growth of the economy and has done a lot to improve competitiveness, transparency and business-friendliness. Nevertheless, there is still work to be done and challenges to be overcome.
Read more