Following successful cooperation on flood relief efforts in 2014, UNDP once again joined forces with its trusted and long-standing development partner, the Government of Japan, to tackle another burning issue in Serbia: the migrant and refugee crisis

The implementation of the Sustainable Development Goals for everyone in the Republic of Serbia, as well as support for the EU accession agenda, are in the focus of the UNDP’s engagement in the country, says Irena Vojáčková-Sollorano, UN Resident Coordinator and UNDP Resident Representative in Serbia.

In this interview, we speak with her about the experience and achievements of the UNDP-Japan partnership in responding to the 2014 floods, and on the migrant and refugee crisis. During both processes, the UNDP has constructed outstanding partnerships at all levels of the Serbian administration and with civil society and citizens.

How would you assess the overall progress achieved under the UNDP-Japan partnership in terms of building resilience in Serbia when it comes to the refugee and migrant crisis?

Following successful cooperation on flood relief efforts in 2014, we once again joined forces with or trusted and long-standing development partner, the Government of Japan, to tackle another burning issue in Serbia: the migrant and refugee crisis. Nearly a million migrants and refugees transited through Serbia during last year, while this year we are observing that some are staying for longer periods and requesting asylum.

This creates enormous pressure, not only on the state authorities but also on local service providers, creating additional challenges to social cohesion between the local population and migrants and refugees, especially in border communities. While other UN agencies are focusing on supporting state authorities at the central level, UNDP is prioritising the most vulnerable communities by building infrastructure and capacities to ensure social cohesion where it matters most.

The $1.1 million provided by the Government of Japan is used to enhance the resilience of the hardest hit local communities. UNDP makes sure that such targeted support as building municipal waste management capacities in Dimitrovgrad, small-scale infrastructural upgrades in Kanjiža, the provision of designs for infrastructure upgrades in Šid, including transport and sporting facilities, Dimitrovgrad, Bosilegrad and Preševo, is delivered as quickly and efficiently as possible.

You have already mentioned the earlier cooperation with the Government of Japan on supporting Serbia in dealing with the floods of May 2014, what was done there?

The floods of May 2014 were an unfortunate and tragic event that required a swift response to rescue, recover and rebuild the regions hit in Serbia, but it also drew attention to the importance of prevention. 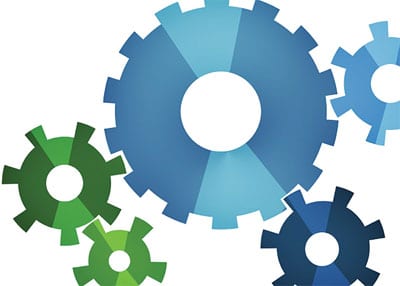 Thanks to Japanese government development support totalling $3.64 million, UNDP’s efforts were focused on recovery, but also on prevention, by addressing the infrastructural shortcomings identified in the aftermath of the floods. We joined forces with our national partners to build resilience, improve disaster risk management and ensure women’s inclusion in emergency response, as more than 50 per cent of the affected population were a woman.

In numbers, 46 municipalities were supported, with some 160,000 beneficiaries. To give you a few examples of other important work UNDP has done to ensure that Serbia’s future infrastructure will be resilient to potential disasters: The Study on Flood Risk Management in the Kolubara River Basin provides a guide to safeguard the Kolubara river basin against future floods; The design to rehabilitate the landfill tailing next to the Stolice antimony mine will prevent the further escalation of dangerous environmental hazards; Production of a landslide cadastre and GIS-based area vulnerability mapping aims to reduce the potential for future hazards by ensuring that no building permits will be issued in landslide-prone areas etc.

UNDP made sure that the $1.1 million provided by the Government of Japan was used to enhance the resilience of the hardest hit local communities, such as Dimitrovgrad, Kanjiža, Bosilegrad, Preševo and many others, as efficiently as possible

Were your efforts met with an adequate response from all levels of government?

The response is not the right word, I think. I really feel this should be an opportunity to highlight one more time the outstanding partnerships that the UNDP has experienced at all levels, which were much more than just responsive. I could recall the commitment of local authorities to forward-looking and proactive resilience measures, which did not focus only on built infrastructure, such as dozens of torrential barriers that we have built together across Serbia, or equipment, such as water rescue gear for the Interior Ministry’s Sector for Emergencies.

I really should commend, for example, the multitude of local authorities that joined forces with local civil society organisations to amplify the role of women in risk reduction efforts and to give them to their rightful and productive place, recognising their importance in the provision of services to the entire population.

We saw the same proactive attitude at the national level, with Serbian government agencies, such as the Government Office for Flood Relief and Reconstruction, or with public utility companies and institutes, such as Srbijavode. The study of flood risks in the entire Kolubara river basin, which now informs all stakeholders about the variety of measures that can be taken to minimise future risks to lives and property, is a clear example.

The way in which it brought together the variety of national and local stakeholders, including public, private and civil society sectors, is quite illustrative of the way in which people and organisations were able to unify their ranks and begin building a new culture of prevention.

Where do you see future challenges and room for joint action?

Unfortunately, we see that both natural and manmade crises increasingly cross borders and we, therefore, call for more and wider partnerships to address them. We often find ourselves at UNDP being perceived by our partners at all levels as the trusted convenor of such partnerships.

Take for example our recent conference in Belgrade, which brought together around a dozen municipalities from across the Balkans and Turkey to facilitate a cross-regional network for resilience, one in which the local communities and local authorities affected by the current migrant crisis can share knowledge and exchange best practices in sustaining local development and minimising inequalities.

One issue that increasingly appears to demand a similar kind of attention seems to be the need for the prevention of radicalisation and violent extremism in the face of persistent instability, real or just perceived inequality, and conflict, which has persistently characterised the last few years.

Which other areas does UNDP in Serbia see as its priorities in the coming period?

UNDP Serbia is dedicated to the implementation of the Sustainable Development Goals for everyone in the Republic of Serbia, as well as the country’s EU accession agenda. In this regard, we are committed to supporting resilience and sustainable local development, as well as environmentally-friendly solutions for creating more jobs, while reducing greenhouse gas emissions and improving energy efficiency across all sectors in the Republic of Serbia.