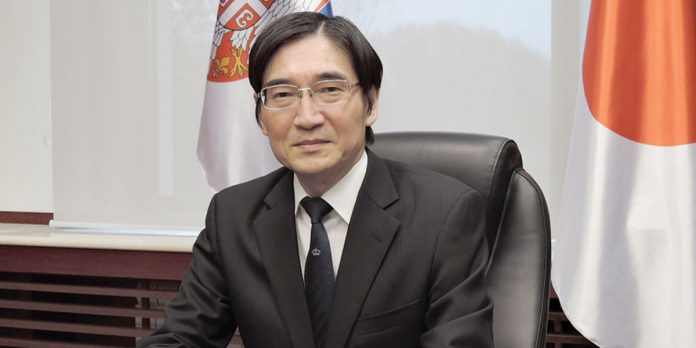 Thanks to its strong economic expansion (from December 1954 until November 1973), Japan had raised itself to the rank of the world’s second-largest economic power by 1968, but this economic growth simultaneously provoked negative impacts on the ecosystem, such as pollution of air, land and water. Similarly, the decision made in October 1973 to unilaterally increase the price of oil, which was Japan’s principal source of energy from the 1960s onwards, gave rise to dizzying increases in consumer prices in Japan, which was already suffering from the Nixon Shock of 1971. The suspension of oil production that followed the Iranian Revolution of February 1979, as well as the crude oil price hike by the OPEC in 1979, also affected the Japanese economy to a certain degree.

In view of these challenges, Japan developed the technology for energy efficiency and strengthened its use of renewable energies (solar, geothermal etc.). In parallel, energy-saving measures and the adoption of energy anti-wasting conduct were encouraged in the transport, construction and industrial sectors, as well as green technologies that imply reduced energy consumption, waste management (recycling, incineration of household refuse, water treatment etc.), the rehabilitation or purification of contaminated sites etc.

Since the 1990s, environmental technology designed to reduce the traces we leave in the ecosystem has made more progress, in response to many concerns: for instance, the fear of exhausting natural resources, in particular, fossil fuels, global warming caused, among other things, by the emission of greenhouse gases linked to the high consumption of hydrocarbon fuels. As a result, Japanese vehicles were developed in such a way that they consume little petrol, the rate of leakage in Tokyo’s water supply system reaches only 3%, while plants for incinerating household waste do not emit any smoke, noise or smell.

In Japan, the private sector plays a predominant role in the promotion of science and technology. In 2014 Japan had a high ratio of expenditures related to research and development (R&D), totalling more than 3% of GDP, and 70% of this total amount was private sector expenditures, with 20% allocated to universities and public expenditures of governments representing less than 10%.

When it comes to Japan’s private sector, the popular opinion is that there is a high number of big companies, like Toyota or Sony, but in reality that is not the case. Actually, 99% of Japanese companies are small and medium-sized enterprises (SMEs) which cover 70% of employment. SMEs stand out in Japan by focusing on new technologies. That is how a small factory in Tokyo that was manufacturing saucepans was approached by an aerospace company, thanks to its sophisticated technology, and asked to produce parts for spaceship engines.

In order for a country to continue its technological development in the future, and to remain competitive against other countries, training, education and R&D are important. From this perspective, Japan has promoted the policy of industrial clusters, encouraging the grouping of companies and cooperation between research institutes and training and academic organisations. Industrial clusters combine research on technology and its implementation for commercial goals.

Works at universities that are sponsored by and carried out in direct cooperation with a company are implemented in industrial clusters, while the results of university research efficiently benefit the private sector. Industrial clusters also promote the hiring of students who possess the required knowledge. Moreover, intellectual property patents held by a university can also be used by companies. Thus, thanks to industrial clusters, R&D and economic activities are linked to each other directly, intellectual creation is more efficient and we are witnessing the emergence of eminent scientists and technicians.