The Serbian government has been exerting a lot of effort to build a stable and predictable business environment, says Goran Pekez, president of the Japanese Business Alliance in Serbia (JBAS).

This association is still relatively small, but is also very active and decided to transform from a club into a more formal organisation, with the aim of assisting in the advancement of economic relations between Serbia and Japan.

Pekez says that the Serbian government’s efforts are visible and the business climate shows improvement. “This is important for investors who are already here, but also for potential investors considering Serbia as a possible destination for operations,” says Pekez.

How much of a challenge was it to form the Japanese Business Alliance in Serbia – given that the number of Japanese companies operating in Serbia is still relatively small?

– The number is relatively small, but our goal is strong, and we are very much dedicated to achieving it. So, I cannot say that it was challenging as much as it was rewarding since I’m sure this was the right move. This was a logical step forward towards our aim since the formation of the Japanese Business Club.

The Kaizen philosophy is something we know only a little about thanks to supporting from Japanese experts. To what extent is it implemented in Japanese companies and do you operate according to its principles?

– The Kaizen business philosophy is accepted very well in Serbia – we know that numerous companies with production facilities apply its key principles in their everyday activities. Some of them call it the 5s system (sort, set in order, shine, standardise, sustain), others call it lean management, but the essence is the same.

This simple philosophy, invented 50 years ago in Japan, helps companies achieve great results in terms of financial effects and efficiency. Continuous improvements are the basis of the Kaizen philosophy, and they can be achieved with minimal financial investments and optimal use of available resources.

We believe that the wider use of Kaizen may contribute to speeding up the development of the Serbian economy, which is why the JBAS will encourage the sharing of best practises in its further activities.

Is the climate created by Serbian Government favourable for business development?

– We welcome the efforts exerted by the Government towards creating a stable and predictable business environment. Its efforts are visible, and the current estimate of the climate is positive. This is important for investors that are already here, but also for potential investors considering Serbia as a possible destination for operations.

A favourable business environment enables companies – not just foreign, but also domestic ones – to maintain their current level of investment, growth and employment, which contributes to achieving a stable macroeconomic outlook and GDP growth.

How could the JBAS, with its expertise, help the Government improve the business climate further? 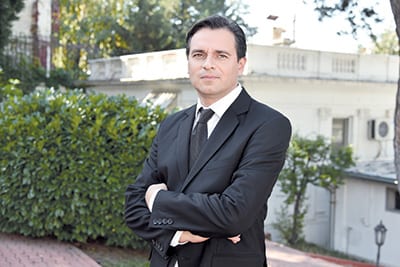 – The open discourse between the state and industry is something that has contributed and will continue to contribute, to improving the business environment in Serbia. JBAS members are renowned companies from the automotive, pharmaceutical, tobacco, chemical, electronic, machine, medical, trade, creative and IT industries, with decades of experience operating worldwide. We are all very willing to cooperate with the Serbian Government and are satisfied with the fact that the government recognises that. Through joint conferences, multilateral and bilateral meetings, we are forming an atmosphere of genuine partnership and mutual understanding.

It is evident that the Government has a systematic approach to fighting the grey economy. What should be done in the period ahead is to diligently implement all measures envisaged by the national programme

To what extent has Serbia managed to reduce some previously identified problems, such as the grey economy?

– A lot has been done by the Government, which declared 2017 as the year of the fight against the shadow economy. Moreover, this issue has also been highlighted as the top state priority, which is not a surprise given that the grey economy is estimated to “swallow” up to 10 billion euros, depriving the budget to the tune of three billion euros. In other words, each citizen loses one monthly salary instalment every year.

So far, the new Law on Inspections has been passed, along with amendments to the laws on tax procedure and tax administration. The inter-ministerial commission against the grey economy, led by Finance Minister Dušan Vujović, has been formed and results are evident – increased budget revenues of 73 million euros in the first quarter of this year alone. Results for the first half of 2017 should be announced by the end of the year, and there I expect a significant increase in tax revenues. There are several reasons for this. Specifically, the collection of VAT and excise duties has increased, although economic output has not improved significantly. The tax base has also been enlarged – given that in 2016, thanks to the enforcement of the Law on Inspections, more than 3,500 unregistered entities were identified and registered.

This is evidently a systematic approach in fighting the grey economy as part of the national programme. What should be done in the period ahead is to diligently implement all measures envisaged by this programme. In addition, full implementation of the Law on Inspections is required, i.e. synchronisation of the sector-specific laws with umbrella laws. The aforementioned inter-ministerial commission has a key role to play in this process.

What are your top priorities when it comes to building up the JBAS’s internal capacities?

– Expanding the list of members is something that awaits us in the near future. Our top priority, however, is to strive to establish close ties with the public institutions that we recognise as being crucial to establishing a favourable business environment. We will continue to inspire joint and close work with the Government and its institutions, in order to provide the private sector with the best possible business conditions. This will benefit the State through higher employment, improved budget revenues and a higher living standard for citizens.

Changing The Image Of Serbia

Many Japanese people still think Serbia isn’t perfectly safe, due to the wars that the entire Western Balkan region went through in the 1990s. In that sense, the challenge for the Serbian side is to disseminate the correct information on Serbia to Japanese people for the purposes of erasing such a stereotyped image of Serbia. Please be assured that the Embassy of Japan in Serbia is always on your side – Junichi Maruyama
Read more

As of recently, Serbia has been able to boast that, thanks to its active foreign investment policy, it has also become an attractive destination for Japanese companies. Also testifying to this is the visit of a JETRO delegation to Serbia after a gap of almost a decade. The occasion of this visit saw the trade sectors and the industries of ICT, construction, energy, chemicals, automotive and food production highlighted as potentially interesting areas for investment
Read more

Goran Pekez, President Of The Japanese Business Alliance In Serbia

Our Cooperation Should Be Even Stronger

Open discourse between the state and industry is something that has contributed, and will continue to contribute, to improving the business environment in Serbia. Members of the JBAS are renowned companies that are very willing to cooperate with the Serbian Government and contribute to even stronger relations between Japan and Serbia
Read more

SMEs – Essential For The Serbian Economy

The Development Agency of Serbia (RAS) and the Japan International Cooperation Agency (JICA) recently announced the continuation of their joint project to advise and support the operations of micro, small and medium-sized enterprises (SMEs) in Serbia
Read more

Bridge Between The Public And Private Sectors

Fusion Of Business And Philosophy

“We owe our success, among other things, to the applying of the Kaizen business philosophy in our work, which is a specific way of thinking that encourages the creativity of employees, contributing to continuous progress,” explains Azhaiyp Kozhakhmetov, Operations Director at JT International a.d. Senta
Read more

Tjhe cultures and traditions of Japan are passed down through stories based on unique regional histories and traditions. The Agency for Cultural Affairs recognises these stories as Japanese Heritage.The Agency aims to revitalise local communities through comprehensive maintenance and utilisation of these attractive tangible and intangible cultural properties and their strategic promotion in Japan and overseas
Read more

The 2020 Summer Olympics, officially known as the Games of the XXXII Olympiad, are planned to be held from 24th July to 9th August 2020 in Tokyo. It will be the second time that Tokyo has hosted the Olympics.
Read more

Sushi is the most famous Japanese dish outside of Japan, and one of the most popular dishes among the Japanese themselves who usually enjoy sushi on special occasions
Read more