The companies gathered together in the Japanese Business Club want to support the Serbian Government in its efforts to provide the private sector with the best possible business conditions. This will benefit both the State and the citizens, as higher employment will bring a better standard of living

We strive to establish close ties with public institutions, as we recognise them as being crucial to establishing a favourable business environment during the year ahead, says Goran Pekez, President of the Japanese Business Club and Corporate Affairs and Communication Director at Japan Tobacco International for the Western Balkans. Here we speak with Mr Pekez about reform achievements and the next steps that have to be taken in 2017.

How do you asses the overall business climate in Serbia at present?

– The overall business climate is currently positive, thanks to increased predictability and stability, which has a lot to do with the open dialogue that the Government has with investors. We strongly support all measures that have been taken to suppress the shadow economy and illicit competition, as well as the simplification of procedures like tax applications and building permits, which makes it much easier for new businesses to enter the market.

A favourable business environment enables investors to maintain their current level of investment, growth and employment, which contributes to achieving a stable macroeconomic outlook and GDP growth, and the Government has exerted a lot of effort to make that a reality.

What are the most significant changes that the Government is expected to make by Japanese companies operating in Serbia and potential investors?

– Continuing efforts to battle illicit trade and continue implementing the National Programme for Combatting the Shadow Economy is important for all foreign and domestic investors. One of the next steps is completing inspection reform in accordance with the new Law on Inspection Oversight, including maintaining a joint electronic platform to be used by all inspections.

We could see that the Government recently introduced Managed Entry Agreements that enabled the inclusions of innovative medications on the Reimbursement List. This was a big step forward, to the benefit of patients, and also a positive signal for further communication with this industry.

As such, we expect the dialogue to continue in order to ensure the implementation of clear and transparent processes that will make our companies’ operations sustainable and predictable.

It seems that business associations and mixed chambers are increasingly active in maintaining a dialogue with the Government. How does the Japanese Business Club communicate its initiatives regarding improvements to the business climate in Serbia?

– Gathering foreign business representatives together in different types of associations or chambers is a noticeable trend. It enables a more efficient dialogue with the Government and its institutions, which are the private sector’s partners in everyday activities. 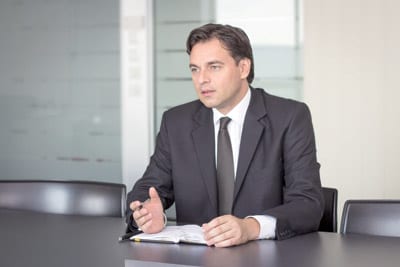 The Japanese Business Club was founded two and a half years ago with that idea, as a platform for communication between the Japanese business community and public institutions that are significant to the business operations of the Club’s members.

We established our communication with the Government regarding improvements to the business climate in Serbia by organising joint conferences and multilateral meetings, as well as by participating actively in bilateral visits to Serbia of representatives of Japan.

Our general impression is that the Government respects the opinions of Japanese companies regarding the business environment in the country, which Government representatives confirm by participating in events organised by the Club or its members.

We strongly support all measures that have been taken to suppress the shadow economy and illicit competition, as well as the simplification of procedures like tax applications and building permits

What will be the goals of the Japanese Business Club during the coming year?

– The Club is a voluntary, informal organisation, and we believe that we have laid solid foundations for intensifying its activities by introducing it into the formal legal framework. That implies possibly registering the Club as a business association and further professionalising its activities, which we are working hard on.

As a group of companies who either come from Japan or are in close business relations with Japanese companies, we want to support the Serbian Government in its efforts to provide the private sector with the best possible business conditions. This will benefit the State, through higher employment, improved budget revenues and a higher standard of living for citizens. That’s why we will strive to establish close ties with public institutions that we recognise as being crucial for establishing a favourable business environment during the coming year.

Besides the commercial aspect of their operations, Japanese companies are very active when it comes to supporting the local community through various corporate social responsibility projects. I’m sure that their activities, and the wholehearted support of the Japanese Government, will contribute to enhancing citizens’ living standards.

How do you asses the collaboration of the Japanese Business Club with other business associations and the Serbian Chamber of Commerce?

This just confirms that the Government sees the private sector as a key stakeholder in the dialogue, and as a partner in improving the way Government bodies support investors. The moment in which the Japanese business community decided to improve its association’s activities coincides perfectly with the Government’s intentions of improving the collaboration of its institutions with domestic and foreign companies.

How much has a good example set by JTI, with its successful business operations, encouraged other Japanese investors to consider Serbia as an attractive business destination?

– JTI cooperates intensively with the Serbian Development Agency in order to promote Serbia as an attractive investment destination. We also provide regular presentations to the Japan External Trade Organisation (JETRO), emphasising all the advantages of investing in Serbia. Of course, one of the reasons we participated in founding the Japanese Business Club in Serbia was precisely to provide encouragement to new investors from Japan and to actively promote business cooperation.