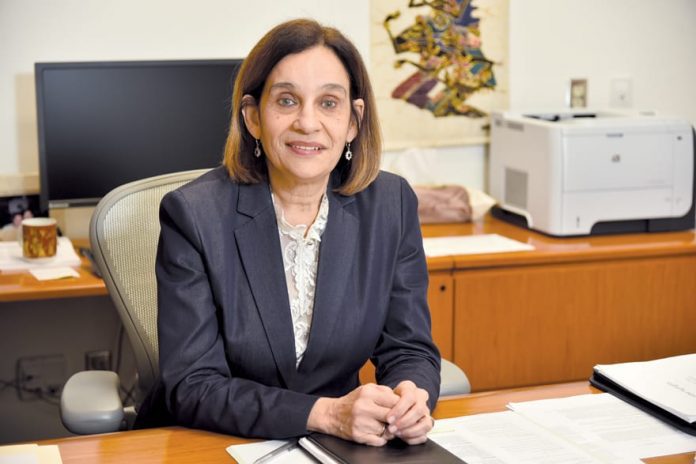 Since 2001, Serbia has made significant progress in transitioning its democracy and economy and expanding reforms. USAID’s assistance has focused on supporting Serbia’s priorities of building institutions and structures that promote good governance, the rule of law, and economic growth.

USAID recently provided an additional $9 million to support Serbia’s EU accession efforts. Which specific goals have to be achieved?

– The additional funding is part of our overall assistance to support Serbia’s efforts to improve government operations, combat corruption, strengthen the rule of law, and increase economic growth. By partnering with Serbian public and private organizations to tackle these issues, we are also helping Serbia adopt and implement the reforms necessary for EU accession—such as those related to chapters 23 and 24 for the rule of law and fundamental rights, as well as meeting the Copenhagen Criteria for a functioning and competitive market economy.

It is just a fraction of the $748 million that USAID committed to Serbia since 2001. Which programs were the most useful when it comes to democratic transition support to Serbia?

– Our early technical assistance to the National Bank of Serbia strengthened its role as a regulator that provides macro-economic stability and fosters sound economic governance.

At the municipal and community level, we worked with local governments to introduce budgeting practices that increased citizen involvement, to bolster public financial management, and to improve local administrative services. USAID programs helped establish citizen assistance centres in 32 municipalities, which serve as one-stop shops for people to quickly and easily obtain vital documents. We also supported greater citizen engagement in community decision-making by funding 5,000 community-identified improvement projects—which created 25,000 jobs in the initial years of the transition.

USAID has and continues to partner with the judiciary to improve the efficiency and professionalism of the judicial system. USAID’s investments in the misdemeanour court system have helped improve operations, update infrastructure, increase fine compliance, and decrease case backlogs. And our support for Serbia’s Whistleblower Protection Law has made it easier for Serbian citizens to report fraud and abuse of public resources.

The law is working and just last week, the court issued its first verdict in favour of a whistleblower. More recently, we have worked extensively with the government and the private sector to improve Serbia’s business-enabling environment and spur investments through reforms to the labour law, inspections regime and construction permitting.

These reforms have improved Serbia’s business climate. The World Bank’s 2017 Doing Business Report ranked Serbia as one of the top ten reformers globally. The construction permitting reforms were a major factor in Serbia’s improved overall score.

Working with Serbian firms to access new markets and grow has also always been a major part of our assistance. Programs such as our previous agribusiness project supported Serbian businesses in securing $116 million in sales of Serbian food products, primarily for export. The success of these enterprises resulted in the creation of more 5,000 new jobs.

We have also provided assistance to foster a robust civil society and increase public-private dialogue. For example, USAID’s support led to the establishment of NALED, the National Alliance for Local Economic Development. NALED has encouraged businesses, entrepreneurs, and government to embrace reforms that have improved the ease of doing business in Serbia.

Likewise, USAID supported the founding of the Center for Free Elections and Democracy, CeSID, and helped it develop the skills necessary to play a constructive oversight role in election monitoring in Serbia and in the region. Recently, our support for the Center for Independent Living has facilitated dialogue between Serbs with disabilities and legislators to ensure that issues of people with disabilities are addressed. 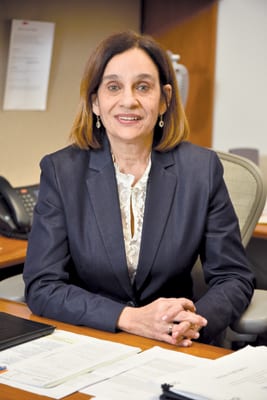 What do you see as the most pressing issue when it comes to efficiency of the Serbian administration?

– Improving public administration is a continuous process. It requires constant improvements and innovations to promote efficiencies and increase effectiveness. The Government of Serbia is launching major initiatives to reform the public administration and introduce e-government. A good example is an electronic construction permitting that we are supporting through the business-enabling program. Additionally, we are working with the government to establish an e-inspector system to improve the coordination and efficiency of inspections.

USAID was behind the Serbian government’s efforts to solve tough issues such as the construction permitting process. Is it going as fast as it could be today, or it can be even more efficient?

– We have worked closely with the Government of Serbia and the private sector to support changes to the law on planning and construction that have decreased the cost and time for issuing construction permits. The time it takes to get a construction permit was reduced by 116 days. That is an incredible improvement that has impacted the expansion of Serbia’s construction sector. E-permitting and other adjustments will enable further improvements in the process.

Another benefit of the new process is the data it produces. It allows the government and the public to measure the performance of different municipalities. If a municipality is performing below the standard, the data provide the rationale for looking into the municipality’s operations and making improvements. 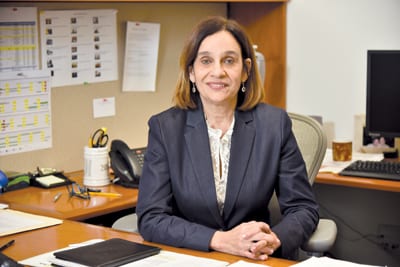 USAID’s support led to the establishment of NALED, the National Alliance for Local Economic Development. NALED has encouraged businesses, entrepreneurs, and government to embrace reforms that have improved the ease of doing business in Serbia

What is your next main target when it comes to supporting economic reforms in Serbia?

– Our economic growth assistance focuses on two key initiatives, strengthening the business enabling environment and increasing the competitiveness of Serbia’s private sector. We’ll continue to collaborate with the government and the private sector to support reforms they identify as a priority.

USAID’s Business Enabling Project’s most recent business survey found that 62% of those companies surveyed do not use any external source of finance. That means they do not borrow from banks or even family and friends. This is a big barrier to economic growth since micro, small and medium businesses make up 99% of Serbian companies and 65% of private sector jobs.

USAID is also supporting Serbia in its EU accession process. Where do you see any backlogs that have to be solved with donor help?

– The EU accession process is complex and requires candidate countries to undertake a broad range of reforms. Donors can provide experience and resources to support Serbia in developing and implementing reforms. Another important area that international donors can facilitate is the sharing of knowledge and lessons learned from countries in the region and in Central Europe that have joined the EU.

For instance, we recently partnered with the Government of Slovenia to provide training, which builds the capacity of Serbia’s public-sector accountants. Slovenia has good technical experience in this field, so we combined our efforts to provide assistance to Serbia. This is a good example of three countries (Serbia, Slovenia, and the United States) leveraging resources and expertise to address a specific development issue.