Accession talks are unlike any other negotiation. It is a win-win interaction, as the EU strongly supports Serbia in adopting and implementing the rules and regulations that, along with our shared values and history, are the foundation of the European Union. Polls show that Serbian citizens want to see reforms that will modernise the Serbian economy and create a fairer society.

Serbia has entered the process of EU accession negotiations and now wants to intensify these negotiations as quickly as possible and open all negotiating chapters. What is needed to accelerate this process?

Serbia has made good progress in the negotiations, opening four chapters since December 2015. This is a very good start. There now needs to be a stronger focus on implementing reforms under those chapters – for example, on improving the accountability of public finances, implementing commitments in the dialogue between Belgrade and Pristina or moving forward on measures to reduce the backlog of old cases in the Serbian courts.

The European Commission has recommended to the Member States the opening of a further chapter – on bringing Serbian public procurement into line with EU standards, which is a crucial step in tackling corruption.

Beyond that, Serbia is working on its negotiating position for a number of other chapters, so I am confident that we will see further movement in the next few months.

The accession process is all about taking that modernisation forward. And this is supported by considerable EU financial assistance in the form of grants, around €200 million per year, which is mainly devoted to helping Serbia adopt EU standards in areas such as food safety, water quality or judicial efficiency, where there is a direct impact on business and on citizens’ quality of life. 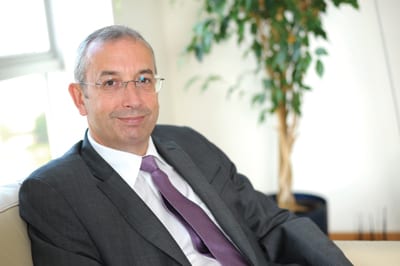 Serbia has the EU’s full support for the accession process, which needs to involve civil society to the maximum possible extent. The media will also play a key role by providing a forum for informed debate.

NALED is a regular contributor of information on improvement or the lack of improvement in the business environment in our country for the EU report on Serbia’s progress in the accession process. How useful is this information for the European Commission?

NALED’s work on improving the planning legislation in Serbia has made a big difference in an area of great interest to current and potential future investors. What is especially important in NALED’s work is the capacity to combine experience and expertise from the civil sector, private business and government.

The European Commission and the EU Delegation are entrusted by the EU Member States with monitoring all matters relevant to the accession negotiations and producing an annual report. So having a variety of reliable official, public and media sources is enormously helpful in steering the negotiating process forward. Issues can be spotted and addressed early on, and energies and time focused on priorities. NALED is well placed to support this effort.

It seems that the accession process is progressing and that the expectations of the economy, local authorities and civil society in Serbia, in terms of EU funds, are ever-increasing. How can efficiency be improved in terms of the absorption and use of money?

Serbia makes good use of EU funding, as is clear from the most recent report from the European Court of Auditors. To be even more efficient, Serbia needs to boost the capacities of its institutions, to have mature and well-prepared programmes, and an effective and motivated workforce involved in the implementation of EU funds.

A high priority in the period ahead will be to ensure qualified personnel are in place to manage the EU programme for agriculture and rural development (IPARD). I recently visited the teams at the Ministry of Finance that are responsible for implementing EU-funded programmes under the supervision of the EU Delegation. They are doing a great job. 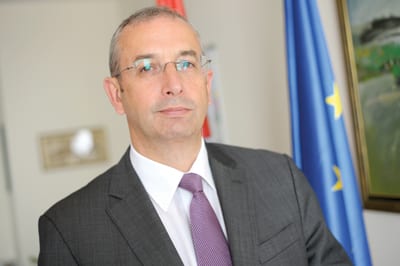 Having a variety of reliable official, public and media sources is enormously helpful in steering the negotiating process forward. Issues can be spotted and addressed early on, and energies and time focused on priorities. NALED is well placed to support this effort.

What are your expectations in terms of the political and economic direction of Serbia in the next five years, and how important will be it for civil society organisations like NALED to participate in routing the European path of our country?

The next five years will be crucial for implementing reforms and preparing for accession. I would like to see a full implementation of the Action Plans for chapters 23 and 24 and the independence of institutions like the judiciary well entrenched.

It would also be good to see the Brussels agreement between Belgrade and Pristina being implemented by both sides, enabling further steps to be taken towards comprehensive normalisation – which is the goal established under Serbia’s negotiating framework for EU accession.

I would also like to see progress with the adoption of environmental legislation – and its implementation through a well-coordinated programme of infrastructure investment. This will determine the speed of Serbia’s accession to the EU.

Serbia has the EU’s full support for the accession process, which needs to involve civil society to the maximum possible extent.

The media will also play a key role by providing a forum for informed debate. The latest good economic news, which shows that growth is broad-based and here to stay, shows clearly that Serbia is on the right track.

Goran Kovačević, President of NALED’s Managing Board and CEO of Gomex Company

We Have the Formula for Reform

NALED is the first organisation to truly succeed in consolidating and synchronising the work of the private and public sectors and to ensure that its main objective is comprehensive and commonly accepted: to create a business-friendly environment that will provide a better life for all Serbia
Read more

Aleksandar Vučić, Prime Minister of the Republic of Serbia

Working With NALED Opens Doors To The Civil Sector

The Government is open to the idea of including the civil sector in its administrative work and unburdening the administration, which is the trend in the developed world. NALED is a positive example, having developed the e-permit software with help from donors and then handed it over to the state. This was a great help, and other organisations are certainly able to contribute to the common good in the same way.
Read more

Coffee With The First Three Presidents Of NALED’s Managing Board

NALED Has Changed Both Us And Serbia

The first three presidents of NALED’s Managing Board agree that NALED’s greatest successes were to become a partner of the Serbian Government in implementing reforms, to raise the awareness of the public and decision-makers about the importance of dialogue, and to harmonise the interests of different parts of society
Read more

"The issue of competitiveness has to be one of the priorities of any government agenda, especially this new one since it is crucial for the regional 'game'…because there is no successful economy without it, here or anywhere else", says our interviewee Goran Pitić, when we put it to him that he is "the staunchest advocate for higher compet¬itiveness of Serbian products and fair competition".
Read more

Success Will Depend On Government Decisiveness

As a socially responsible company, JTI was involved in drafting and implementing the National Programme for Countering the Shadow Economy, which is focusing in particular on improving inspection work
Read more

National Programme For A Fair And Competitive Market

As a member of the NALED and the Fair Competition Alliance, Coca-Cola HBC Serbia will participate actively in implementing the National Programme for Countering the Shadow Economy
Read more

Tihomir Petković, Mayor Of Užice And One Of The First Members Of NALED

Nebojša Zelenović, Mayor Of The City Of Šabac And Member Of NALED Managing Board

Has A Powerful Development Tool For Local Administrations

The innovative and capable city administration has applied 21st-century tools and has been able to fulfil its objectives with ease, preserving its long-established reputation as a commercial hub for this part of Europe
Read more

Most people will behave honestly if they think others will. But if they expect the law will not be enforced, they will accept criminal behaviour without complaint even if they are its victims, and no amount of policing will help
Read more

Neven Marinović, Director Of Smart Kolektiv And One Of The First Members Of NALED

We Have Established The First National CSR Standard

E-Government Is One Condition For A Successful Economy

Serbia has begun digitalisation of the state administration and it is my belief that this trend will continue in future, benefiting both businesses and the general public
Read more

Mobile Phones Instead Of Counters

Both Telenor and NALED are celebrating 10 years of successful operation in Serbia. NALED was among the first to recognise the importance of e-government, and in cooperation with IBM experts it has produced a credible study that should serve as a basis for further development of e-government in Serbia
Read more

Over the years, NALED has grown into a leading institution in Serbia and the region. Its ability to unite local self-governments, SMEs, and civil society makes it one of the key forces behind Serbia’s reform achievements and makes NALED an important partner for U.S. Government-supported economic growth projects
Read more

Ambassador Michael Davenport, Head of the EU Delegation to Serbia

Next Five Years Crucial For Reforms

The European Commission has recommended opening a further chapter – on bringing Serbian public procurement into line with EU standards, a crucial step in tackling corruption. Beyond that, Serbia is working on its negotiating position for a number of other chapters, so I am confident that we will see further movement in the next few months.
Read more

Jeremy Lang, Head of the Department for International Trade, British Embassy to Serbia

Effective, efficient and transparent local government benefits business, which in turn precipitates stronger overall development across a country as a whole
Read more

Training In India Is Very Useful For Serbian Officials

Indian companies are looking at privatization opportunities in Serbia including in agro-machinery and pharma. At the same time, NALED has done a lot in the last decade to improve the business environment, growing ties between business leaders of India and Serbia and contributing to the traditionally good relations between Belgrade and New Delhi
Read more

All Serbian Municipalities Know About Courses In Israel

The main Israeli investors came following the democratic changes in 2000. Overall investment reached around €1 billion over the years and is mainly focused on the real estate sector which made us the top investor in this sector in Serbia
Read more

Reception in Honour of EU Commissioner for Transport Violeta Bulc