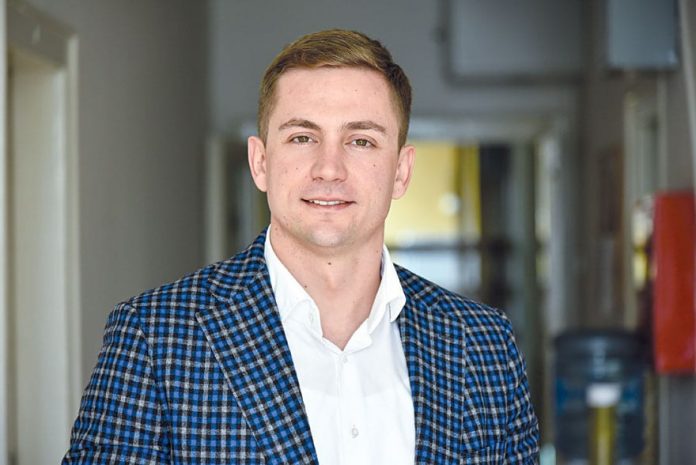 The activities of the Ministry of Agriculture and Environmental Protection’s Agency for Environmental Protection are focused on raising awareness among entrepreneurs regarding how to identify their own competitiveness when it comes to attracting investment in the green economy, which will not only strengthen in the period ahead but will also be further supported by international financial institutions.

The green economy has been mentioned for years as a development opportunity for Serbia. What are the essential steps that need to be taken in order to transition to this type of economy; which sectors are the most promising, and which sector needs to undergo the greatest changes and adaptation?

– The UN has diversified the green economy into 11 thematic sections, such as green energy, agriculture, waste management, green accounting, transport, forestry etc., all with the aim of reducing environmental impacts, as well as the use of available resources being responsible, in order for us to leave them behind for future generations.

On the other hand, energy production has the greatest impact on the environment, so it is in this sector that the greatest changes are expected. However, with investments of €200 million that EPS has already invested and announced investments of a billion euros in the next decade, it can be said that things are heading in an excellent direction.

We have a major job ahead of us when it comes to energy efficiency and agriculture, but the point is that we see all of those investments as an opportunity. Some of the countries in our neighbourhood, such as Austria and Hungary, prevented the great economic crisis of 2008 precisely through subsidies in energy efficiency. What we’re working on is raising awareness among entrepreneurs in order for them to recognise their own competitiveness thanks to investments in the green economy, which will not only strengthen in the period ahead but will also be further supported by international financial institutions.

How high are investments in the green economy at the global level, and how much funding is required, according to estimates, to finance the green economy in Serbia? Can the Green Fund ensure stable and predictable funding, or is it necessary to use the financial mechanisms offered by global financial institutions like the EBRD?

– There are no exact figures at either the global or the national levels. If we consider as an example that waste management alone amounts to eight per cent of GDP in the EU, and if we also include in that energy, transport and agriculture, we can see that the parameters are so large that sustainable development, as an agenda of modern mankind, is a great opportunity for economic development in the direction of doing business ecologically.

Establishing the Green Fund is a major forward step taken by the Government of the Republic of Serbia and the relevant ministry, and one that was taken with the aim of being the engine for the development of the green economy, supporting businesses and the non-governmental sector, investing in environmental monitoring and developing new technologies. The Fund is still in development and is expected to grow year-on-year, but the first results are already evident when it comes to subsidies in the recycling industry. It is certainly very important that international lenders like the EBRD, which is already doing so, recognise the potential available to Serbia when it comes to renewable energy sources and organic food.

Which of the world’s countries is at the forefront of the green economy and what conclusions could we draw, and lessons learned, from that country’s experience? What is the situation like in the region?

– The leading countries are the Nordic states, and there are numerous reasons for that. The Nordic countries are among the most vulnerable to the effects of climate change, due to their cold climate, and throughout the history of Norway a daily question has related to the weather conditions, because large amounts of snow have meant that man’s life and movements have been practically dependent on weather conditions. Those countries haven’t had a turbulent recent history, so they had the chance to devote themselves to the development of different priorities, but what is most important is that those are countries with high economic growth, and therein lies the key. With a high price of kilowatt-hours and utility services, but also simultaneously huge subsidies, they succeeded in achieving results.

The economy of Serbia is strengthening, so it can be expected that investments in the green economy will increase in our country in the period ahead, as evidenced by the interest among many international companies for projects in Serbia.

When it comes to the region in a narrow context, the example of the Croatian green fund is excellent. 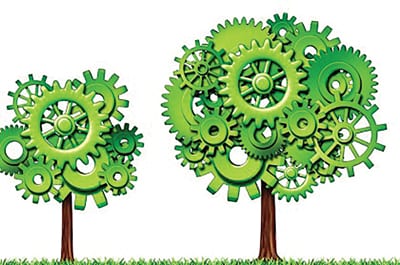 With investments of €200 million that EPS has already invested and announced investments of a billion euros in the next decade, it can be said that things are heading in an excellent direction

In its 2015 and 2016 reports, the European Commission drew attention to Serbia’s administrative capacities in the field of environmental protection. Is it necessary to further harmonise domestic legislation with EU regulations or do we already have the required legislative framework?

– It is important to note that which particularly pleases us, and that is Serbia’s progress in the field of the environment recorded by the EC. It is certainly necessary to increase administrative capacities. However, we are at a stage where there is strong pressure coming from international financial institutions to rationalise the number of people in the state administration, while at the same time the domestic public wants the same thing. It is significant that Serbia can count on increased administrative capacities with the progress of the economy.

It is also good news that we have managed to transpose a number of directives in our legislation. Now implementation represents a real challenge, but it should be viewed as an opportunity. Investments exceeding 10 billion euros, which is the amount needed in order for us to fulfil the requirements of Chapter 27, actually have the aim of not only launching the green economy and creating a cleaner environment but also creating new jobs.

What kind of role do local governments have in this process and how can they get involved?

– It is often not understood how big the role of local governments is, because a large part of implementation actually falls within their jurisdiction. It is also important for local governments to understand this, in order for them to increase their capacities and further educate their employees, but also for them to provide support for companies wishing to invest in green economy activities in their communities. The ministry has launched a series of projects with international institutions that actually have this objective. The Agency for Environmental Protection cooperates with local communities on projects with the most important international institutions, such as UNEP (the United Nations Environment Programme), and as of this year, we will have projects with America’s Environmental Protection Agency, EPA.

Can you give us a concrete example of profits that can be brought by the green economy in a particular sector – when it comes to economic and social segments and the field of the environment?

– Specifically, Serbia allocates 11% of GDP for the health fund, of which – according to the EU – we spend 1.8 billion euros annually to treat diseases that could emerge as a consequence of environmental pollution. Considering the high cost of healthcare caused by environmental pollution, it is clear that every investment in the green economy will not only create new jobs but also lead to improving the health status and quality of life of the entire society. 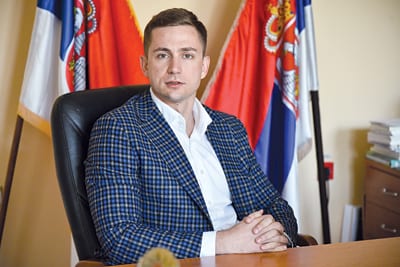 Establishing the Green Fund is a major forward step taken by the Government of the Republic of Serbia and the relevant ministry, and one that was taken with the aim of being the engine for the development of the green economy

According to some estimates, about 6,000 people are employed in this field in Serbia, while 30,000 people are dependent on it indirectly. How the green economy concept can contribute to the development of the recycling industry and the creation of new jobs?

– The number you cited relates to the number of people working in the field of waste management, but there are estimates that this figure is even higher. The recycling industry in Serbia is at a crossroads. The existing system was effective and yielded certain results. However, now the state, as the authority that sets the rules, in cooperation with companies, will create new mechanisms aimed at increasing the level or percentage of recycling.

Recycling industry subsidies in Serbia are far higher than elsewhere in the region, but what we are lacking is the building of a collecting network. In the period ahead it is essential to place the focus precisely on that part and to work on increasing the transparency of national operators in order to ensure funds are channelled in the desired way.

Gains from the collection of eco-taxes are growing year-on-year, totalling around 6,826 billion dinars last year. Does this mean that manufacturers have greater respect for legal obligations or is it a case of the forced collection? What is the annual financial potential of this and can increased charges contribute to its better functioning and higher investments in the environment?

– Higher collections come as a result of the creation of the new and more efficient data collection system introduced by the Agency for Environmental Protection. We created a new software solution that is optimised for users, while we also worked to improve legislation and raise awareness about the importance of fair and transparent market competition. More money from eco-taxes simultaneously means more investments in the environment.

The new green fund is the best indicator of this. With such a rate of progress, we can expect to achieve European standards and also become the regional leader.

In order for Serbia to make progress and achieve results in this area, it must primarily possess adequate and timely information – related to the number and structure of landfill sites, waste and its types, but also the quality of air, water, soil and the like. Do we have that data?

– The Agency for Environmental Protection is actually in charge of collecting that information and is improving the system from day-to-day. We were proud last year when we received recognition from the Government of Serbia, but also the European Agency, as one of the most successful agencies in Europe in specific areas.