The completion of major infrastructure projects and the launch of new ones, as well as the creation of a favourable legal framework governing construction, have served in this sector imposing itself as the most important driver of GDP growth. The Government of Serbia and the Ministry of Construction, Transport and Infrastructure, together with construction companies, are doing all they can to ensure the biggest infrastructure construction sites in Serbia remain active even under the conditions of the COVID-19 pandemic, and to overcome this crisis with the least possible negative consequences for the economy

The previous year was undoubtedly one that recorded positive results in Serbia in the field of infrastructure, but it was also a year in which the construction sector confirmed itself as the branch that drives Serbia’s economic growth. Such a result did not come about by chance, but rather represents the result of implemented reforms and more effective public investments in infrastructure. The construction of 130 kilometres of the highway was completed in 2019, of a total of 350 kilometres constructed since 2012. The construction of as many as three motorways was completed during the course of last year: the southern and eastern arms of Corridor 10 to the borders with North Macedonia and Bulgaria, while 120 kilometres of the Miloš the Great Highway was also opened to traffic.

If we add to this the fact that 2019 also saw the launch of construction of the Moravian Corridor, the Sremska Rača-Kuzmin highway section, and the highway and expressway Ruma-Šabac-Loznica, as well as the Požega to Preljina section of Miloš the Great Highway, and the continuation of construction of the hi-speed railway from Belgrade to Budapest, and then add to that the project to construct around 8,000 apartments for members of the security forces, construction of the Belgrade Waterfront development, commercial projects in the real estate sector, as well as new large infrastructure projects from the “Serbia 2025” investment plan, we can expect positive trends in the construction sector to continue in the coming years.

The State has now already created the conditions to build in Serbia, both through a favourable legal framework and through investments in infrastructure, which will continue through the new “Serbia 2025” investment programme, in which investments of €9 billion – of a total of €14 billion – are planned for transport infrastructure. There is and will be work, especially for domestic companies

High growth rates for construction in 2019 followed an otherwise very good year in 2018 when that growth rate stood at 13.4%, but last year it actually doubled, amounting to 35 per cent, while in some quarters it even totalled more than 50 per cent. With these kinds of results, the construction sector has imposed itself as the branch of industry with the highest growth rates in the Serbian economy.

Also contributing to the growth of the construction sector – alongside the construction of highways and the modernisation of railways – is the project to build housing for members of the security forces. More than 2,000 apartments are currently under construction in six cities – Kragujevac, Kraljevo, Belgrade, Novi Sad, Niš and Sremska Mitrovica, while in Vranje the first residents have already been given the keys to their newly built apartments. 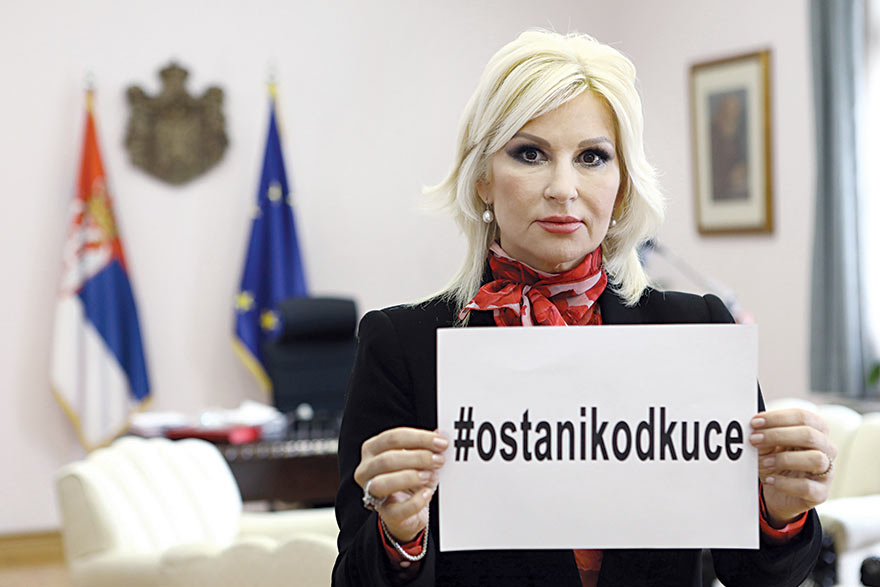 The positive effects of numerous laws adopted in the field of construction – on planning and construction, legislation, cadastral records, conversions, construction products – are reflected well in the growth of the number of active construction sites: there were approximately 1,500 construction sites active in Serbia five years ago, only for that number to total more than 56,000 in March 2020.

The State has now already created the conditions to build in Serbia, both through a favourable legal framework and through investments in infrastructure, which will continue through the new “Serbia 2025” investment programme, in which investments of €9 billion – of a total of €14 billion – are planned for transport infrastructure. There is and will be work, especially for domestic companies, which need to increasingly associate mutually and further strengthen their capacities, as there is also work for the world’s best companies, from China, Russia, the U.S., the EU, Turkey and Azerbaijan, which bring the very latest know-how and technologies to Serbia while working on large infrastructure projects.

When it comes to private investors, including in the real estate sector, in addition to general political and economic stability, their interest in investing in Serbia is further enhanced by the country’s ratings on the Ease of Doing Business Index for 2019, especially in the area of building permits, where Serbia today ranks ninth in the world, after being ranked 176th in 2014.

Even during the state of emergency we will maintain regular communication with all investors on the largest infrastructure projects in the country, in order for us to successfully traverse this difficult time together, and we will be ready and open to hear all their problems, as well as their proposals for measures and suggestions

Alongside the reform of building permits, for which Serbia is already recognised worldwide, other reforms are underway in the field of construction. One of the most significant is the reform of cadastral records, under the scope of which it has been made possible to register a property in one place, with a public notary, instead of touring the counters of several institutions. The end goal of this reform is for the cadastral record to function fully electronically.

The reform of spatial planning, e-prostor [e-space], should enable the introduction of an electronic data exchange system between holders of public jurisdictions in the process of preparing planning documents. This practically means that the process of a unified procedure, like the kind we have with building permits, will be applied in the process of drafting planning documents. The end goal is to consolidate, within the framework of e-prostor, information from the real estate cadastral records and planning documents, in order for this information to be made publicly available, also in electronic form, in such a way that information can be obtained for each cadastral plot regarding the possibilities and limitations of construction, i.e. restrictions against construction in the case of protected areas under certain protection regimes or land not earmarked for construction.

SHARED BATTLE WITH THE CONSEQUENCES OF THE COVID-19 PANDEMIC

The construction sector in Serbia is nonetheless not immune to global shocks, such as the Coronavirus, which has disrupted plans for the functioning of all countries where it has appeared. The Serbian Government responded in a timely manner to the problems caused by the Coronavirus epidemic in Serbia, in order for us to preserve the health of workers, but also to ensure that the largest infrastructure construction sites in Serbia remain active and that the implementation of major infrastructure projects that are significant to Serbia’s GDP and the whole economy continue. At this juncture, it is estimated that losses in transport amount to around 120 million euros, including all types of traffic, with the greatest losses being experienced in air transport. It is estimated that transportation losses will amount to around 600 million euros by the end of the year. 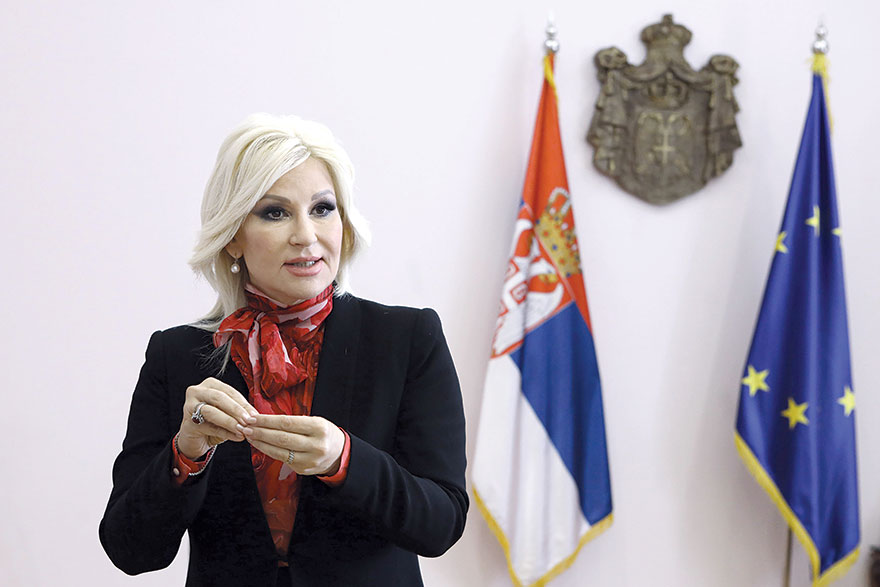 Even during the state of emergency, we will maintain regular communication with all investors on the largest infrastructure projects in the country, in order for us to successfully traverse this difficult time together, and we will be ready and open to hearing all their problems, as well as their proposals for measures and suggestions, which both the Government and the Ministry will consider most seriously.

Just as we achieved significant results for Serbia in the field of infrastructure and construction by working together in the previous period, I believe that we will also overcome this current crisis by working together and that we will enable the construction sector to remain – both during the time of the Covid-19 pandemic and after it passes – the branch of industry that is the main driver of the development and growth of the Serbian economy.

We Prepare Thoroughly For Each Move

Serbia is today a country with regulated public finances, which has enabled it to launch and finance an ambitious new cycle of infrastructure works,...
Read more

We’re Expanding in the Sectors of Office Spaces and Logistics

From the very inception of the company, all the way to the creation of the Novaston platform with five companies, at Novaston Asset Management...
Read more

Quality Has No Alternative

With its residential and commercial buildings Maison Royale has reached the highest standards of metropolises worldwide and enriched Belgrade with beautiful, efficient buildings in...
Read more

Biljana Vuksanović, Secretary Of State At The Ministry Of Construction, Transport And Infrastructure

Network Of Cooperation And Development

Reducing the costs of trade and improving the efficiency of transport in the Western Balkans, as well as the institutional, physical and operational modernisation...
Read more

Turkish company starts construction of apartments in Niš and Vranje

Turkish company Taşyapı Construction to start construction of a total of 386 apartments in Vranje and Niš. The laying of the foundation stone in Vranje was...
Read more

We still see great interest among American companies in investing and doing business in Serbia, but businesses are now naturally asking difficult questions about...
Read more