The reform of the real estate cadastre, following the e-permit reform, is the next major reform for our construction sector and one of the most important reforms for improving the business environment in Serbia. A prerequisite for encouraging investment is a regulated real estate cadastre, in which all updated data on real estate and property ownership is kept, as well as estimates of the value of immovable property, and which should represent the basis for determining public revenues

Construction is today one of the motors of Serbia’s economic growth. Such a renaissance for the branch that’s the flywheel of every serious economy would not be possible without a stable and predictable macroeconomic policy and well-regulated regulations governing investment in the real estate sector.

With Zorana Mihajlović PhD, Serbian Deputy Prime Minister and Minister of Construction, Transport and Infrastructure, we discussed the overall economic environment, possibilities for the further growth of foreign investments in the real estate sector and progress on cadastre regulation, which was until recently, despite large investments, one of the areas in which very little progress was made.

When will we be able to say that Serbia has really gained a modern, up-to-date, reliable and fully public real estate cadastre? 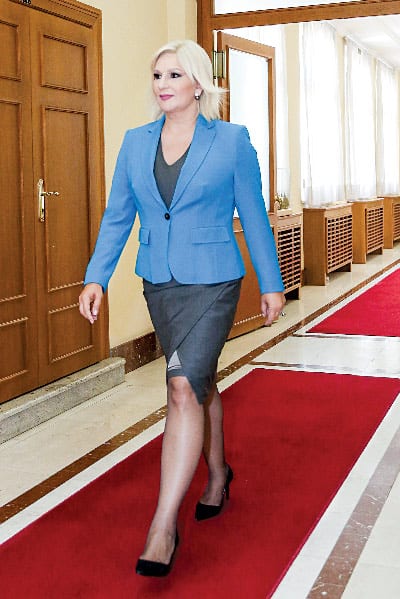 Reform of the cadastre, following the e-permit reform, is the next major reform in our construction sector and one of the most important reforms for improving the business environment in Serbia. Thanks to the Law on the Registration Procedure with the Cadastre of Real Estate and Utilities, since 1st July 2018 citizens have no longer had to visit five counters of institutions in order to register their property, rather they can now do that in one place, with a notary, in just a few days, and without additional costs.

Our goal is for citizens to receive an efficient service with the cadastre like the one that they already have in the issuance of construction permits, and the plan is for the cadastre to function fully electronically by the end of 2020. Serbia has otherwise advanced on the list of this year’s Doing Business Index, progressing from 57th to 55th place, but we expect that progress to be much higher in 2019 when the reform will reach its full capacity.

The Serbian Government’s Anti-Corruption Council noted recently that construction sites in the centre of Belgrade in 2017 continued to be administered like pasturelands, meadows and fields. What consequences does this have for total investments in the real estate sector?

The real estate cadastre must be kept updated in a physical, property and valuation sense. This means that the prerequisite for encouraging investments is for the real estate cadastre to include all updated data on property, data on ownership, as well the estimated value of real estate, which should represent the basis for determining public revenues.

Data on the intended usage purpose of land in central city zones and construction areas is an inherited systemic problem that dates back many years and that will be resolved in the future through comprehensive reform in the sector of public real estate evidence books and the rights of usage, digitalisation, reform and the introduction of E-government, as well as through the implementing of E-space reforms.

We will continue to improve the business environment and to gauge our progress through the Doing Business Index and other global rankings, in order for construction to continue to be the driver of GDP growth in the years ahead

What is Serbia’s potential like when it comes to attracting FDI in real estate?

– Foreign direct investments in Serbia have been growing in recent years and that’s a result of the Government’s overall economic policy. The stabilisation of public finances continued GDP growth, the implementation of reforms and accelerated completion of major infrastructure projects – primarily Corridor 10 – all contributed to Serbia recording growth in investments in both production capacities and in the real estate sector. Alongside the Belgrade Waterfront project, as the largest project in this sector, a large number of other investments are being implemented in the construction of the business and residential premises.

Over the past four years, an entire set of laws have been passed in the construction field, from the Law on Planning and Construction, via the Law on Property Legalisation and Conversion, to the Law on Registration Procedure with the Cadastre of Real Estate and the Law on Construction Products.

Foreign investors have recognised that Serbia offers stable and predictable conditions for investment, and regulations that allow them to obtain all permits in the most efficient way. Prior to the reform of construction permits, Serbia was ranked 186th on the list of the World Bank’s Doing Business Index when it comes to the issuance of construction permits, with applicants waiting an average of around 270 days for issuance, while today it is ranked 11th in the world.

The results of these reforms can also be seen through increases in the number of active construction sites, from 12,800 at year’s end 2015 to more than 33,000 today, as well as through the fact that construction has been the carrier of Serbia’s GDP growth in 2018.

When we add to this the speeding up of the process of legalising illegal objects, as well as the simplified process of registering real estate, it is clear that foreign investors have good conditions for investing in Serbia. The government will continue to work on this, to continuously improve the business environment and to gauge our progress through the Doing Business Index and other global rankings, in order for construction to continue to be the driver of GDP growth in the years ahead.

Have local self-governments succeeded in maintaining the same quality and speed of issuing construction permits that they had at the time when the new law was first implemented?

– When a law is passed that is reform orientated and in some way revolutionary for Serbia, then that isn’t just a change of regulations, but rather the entire working method changes, along with the level of awareness among civil servants in local self-government. The Law on Planning and Construction was adopted at the end of 2014, and appropriate bylaws were adopted along with it, so application started practically immediately.

The introduction of law is a greater challenge than its actual adoption, but in the case of the reform of construction permits, we were successful in implementation thanks to the training of civil servants in local self-governments and thanks to the constant presence of Ministry staff on the ground.

This reform now serves as an example of a reform that’s been conducted successfully, and NALED has also declared it as being the reform of the decade. The introduction of e-permits also introduced a kind of competition among local self-governments, so today many municipalities and cities issue permit in a period that’s shorter than the national average.

How much will digitisation help when it comes to reducing corruption in this sector?

– When it comes to the digital transformation process, construction is an area where a lot has been done in the past three years. Construction permits are today issued through an electronic process, within an average of six working days, with every citizen or investor able to check the progress of their application at any time, which ensures that no space whatsoever is left for corrupt practices. 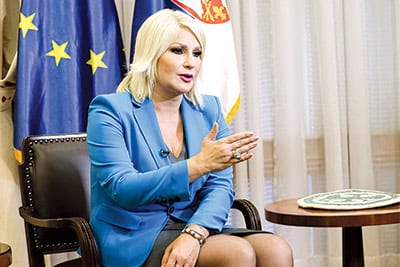 We’re also carrying out digitisation within the framework of cadastral reform, where notaries already exchange documents with state institutions electronically. A transition period is envisaged during which the registration of property will be carried out in both paper and electronic form, while from 2020 we expect it to begin functioning completely electronically.

Finally, through the new e-space reform, an electronic procedure is introduced to the process of preparing and submitting planning documents. In this way, citizens will have an efficient service at their disposal and access to data information on possibilities, constraints and construction bans on cadastral parcels, as well as insight into urban planning parameters and construction rules.