Faithful To Its Principles And Mission

Since its establishment in 2002, the Foreign Investors Council has remained faithful to its principles – transparency, equality and predictability. Today, as in the past, the FIC promotes a predictable and clear business environment that provides equal opportunities for all, as well as sound business ethics

The Foreign Investors Council celebrates its 15th anniversary this year. How did it look at the beginning, and how does it look today?

– The 15th anniversary is a remarkable milestone for the Foreign Investors Council. The FIC was founded with an important purpose of improving the business environment in Serbia and helping its member companies and its organisation to grow, and becoming Serbia’s partner for growth. The Council was founded in 2002 by 14 major foreign investors that were then present in Serbia, with the support of the OECD Investment Compact SEE. 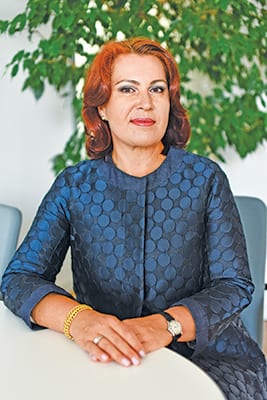 It today comprises over 130 companies, accounting for investments exceeding €28.7 billion. Our share of GDP is 21.7%, and 22.2% in Serbian exports. If we know how important it is for Serbia to be competitive and resilient, this export share is very important. FIC member companies account for 18% of Serbian state revenue from corporate income tax and directly employ more than 94,000 people. And if you ask me why the FIC is still growing and developing successfully, I would say it is because it has strong founding principles – transparency, equality, predictability and a clear purpose.

Let me cite some more data about the FIC’s development. Investments grew by €5.2 billion in the past year, while the direct share of GDP increased by 3.7% in the last two-year period, based on further growth and the inflow of new members. This growth highlights the FIC’s capacity. It also corroborates the FIC message that foreign investors, FIC members, which are developing operations in Serbia, have long-term interests in the country. The consistency and long-term development programmes of FIC member companies help the Serbian economy to evolve and increase its competitiveness.

What has marked the FIC’s work in the previous period?

– We have many ongoing activities, but it is worth mentioning that a joint FIC-GoV Task Force was established on 31st January. This initiative was launched after the presentation of the White Book, during discussions with government officials and the then PM, Aleksandar Vučić, now president. The goal of this task force is to define concrete measures and implement recommendations from the White Book, as well as following the implementation of those measures. More concretely, the task force’s goal is to improve the implementation of FIC White Book recommendations and achieve 50% progress on an annual basis, instead of the previous average of 35-45%.

How does this working group function operationally?

– The Task Force is led on the governmental side by Deputy Prime Minister Zorana Mihajlović and includes members of six relevant ministries, FIC members, the FIC Board and the FIC executive director. The task force has six expert sub-groups, comprising FIC committee chairs and representatives of the state administration, and deals with FIC priorities like taxes, labour, inspections and food safety, real estate, e-commerce and e-government, bankruptcy and Forex. The outcome of this work has to have a positive impact on the business environment, by making it either clearer or more compact.

What targets has the Task force set for itself in the first year of operations and how measurable will they be?

– The FIC prepared a work plan proposal concentrating on six key areas and predominantly suggesting activities that can be executed swiftly, mainly by changing the opinions of ministries or government decisions. The next edition of our White Book, due in November this year, will track the success rate of this joint endeavour. In the case that it works, it makes sense to continue something that yields good results.

What are the key principles that the FIC’s activities initially relied on and rely on today?

– The main principles of the Foreign Investors Council are transparency, equality and predictability. The power and credibility of the FIC lies in it being faithful to these principles. The FIC promotes a predictable and clear business environment, which provides equal opportunities for all and abides by these principles in its work. It promotes the principles of sound business ethics, setting the example of solid governance both via FIC operations directly and members’ operations indirectly.

FIC members’ investments grew by €5.2 billion in the past year, while the direct share of GDP increased by 3.7% in the last two-year period, based on further growth and the inflow of new members

How does the FIC differ from other investor associations?

– First, the FIC is an independent association that has solid expertise and solely promotes the unified voice of more than 100 entities, whose operations depend on the development and growth of the entire Serbian market. This is the united view of all member companies. I also want to emphasise that the FIC is one of few organisations whose opinions and proposals are public and easily accessible to all, notably via the White Book project.

Has the FIC changed internally in accordance with changes in the economic milieu of Serbia and, if so, how?

What has been the FIC’s key contribution to reform efforts in Serbia?

– The FIC has been supporting Serbia’s transition by providing the Government with concrete suggestions, based on the joint experiences of member companies. Judging from the feedback of members and stakeholders, the FIC has been one of the key reference points in creating a better business environment. The FIC owns a success barometer – the White Book shows that many of the initial FIC recommendations (from 2003/4) have been fulfilled. It is important to mention that similar reforms have been promoted by other stakeholders, so the FIC cannot take full credit for their implementation. We respect all efforts of all stakeholders, both public and private, who wish to contribute to the same purpose, making Serbia a better place to do business.

The key difference with the FIC is that general statements are followed up by tangible and joint proposals of FIC members on how to overcome concrete business climate issues.

What do you see as the key challenges of the Serbian economy today that the FIC can contribute to significantly with its expertise?

– The FIC has three main expectations. First, that important structural reforms – especially the privatisation and corporatisation of state-owned enterprises – will be accelerated. As we always state, it is important to make a more level business environment. Another expectation is law enforcement. We expect missing institutions to be created, and clear procedures and guidelines to be established. Cutting unnecessary bureaucracy is also important. I think the government already has a great interest in moving in that direction through e-government and m-government. This will certainly cut the massive bureaucracy, modernise institutions and create new competences. People working in the administration will be more efficient when they receive sufficient training to deal with the changing context. The focus should be on those responsible for market surveillance, such as the Tax Administration and inspections. We also expect Serbia to continue the efficient harmonisation of domestic laws with the EU Acquis.

The goal of the FIC-GoV Task Force is to improve implementation of the FIC White Book recommendations and achieve 50% progress on an annual basis, instead of the previous average of 35-45%

Will the changes you advocate for also benefit domestic investors and the local business community?

– There are not that many difference between foreign and domestic investors, except the origin of their capital. All companies here operate as Serbian legal entities. The FIC advocated for years for a level playing field, and that means for equal business conditions for all investors, regardless of whether they are domestic or foreign. We want an investment-friendly environment. I think this is relevant to any investor – whoever that might be. We also advocate for the predictability of the business climate as a precondition for legal certainty that will benefit not only big investors, but also medium-sized and small investors too.

How do you see the future of public-private dialogue, given the experience gained to date? 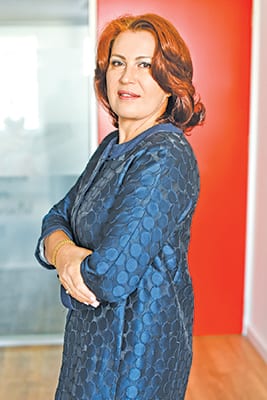 – More than a decade after its establishment, we can say that all Serbian governments have been receptive and open to hearing the positions of foreign investors on the business climate. The FIC welcomes all opportunities provided to date to be part of consultations about drafting important laws and changes to regulations.

This is a big deal, because the capability of having this dialogue demands competence and maturity from both sides, public institutions and the private sector, both business and the government. The level of our dialogue has grown substantially.

So, we can talk, we can be heard, we can agree or disagree – but the willingness to have a dialogue is very, very good. It is important to be persistent in changing, and to ensure that these changes are well guided and executed. But this part of the changes is usually more complicated. This may not necessarily be due to a lack of will, but rather due to the complexity of transition and the challenge of building the institutional capacity to apply a new legal framework.

In this context, how do you see the future of the FIC and its involvement in the reform process?

– We will continue to promote a sustainable business environment through an open dialogue with the authorities and other relevant stakeholders. Moreover, the FIC will continue to be a private sector focal point in the EU negotiation process, as we have a unique capability to support the process of EU integration, with over 75% of FIC members coming from the EU and other members having a footprint on the EU market. Whatever we do, we will do it to make the Serbian economy more resilient, more competitive and more investment friendly, for the benefit of companies operating here, but above all for the benefit of all the people who live in this country and for Serbian society as a whole.

What kinds of tasks lie ahead for the FIC leadership and your members?

– The FIC’s priorities and agenda need to remain relevant at all times. We target having more members who are not only willing to join the FIC, but are also interested in contributing – through their active participation in FIC committees – to making Serbia a better place to do business. The continuation of growth, both within our companies and within the FIC as a whole, is our key objective. We believe this will benefit the Serbian economy and its citizens and society. We are ready to continue contributing to the growth of the Serbian economy, as we have already done to a great extent – the aforementioned figures about the FIC speak for themselves.