The American Chamber of Commerce in Serbia,...
Read more

Striving To Support Serbia In Advancing Its Growth

We will continue working together with all...
Read more

AmCham will continue to promote the values...
Read more

Pollock’s lifelong intensity and, at its peak,...
Read more

We live at an exciting juncture in which Serbia has taken a decisive opportunity to instigate the acceleration of economic growth – through stronger law enforcement, tax reforms, further modernisation of the labour law and continuous energised work on digitalisation – and, following successful fiscal consolidation, ensure a sustainable development path

“However, investors’ expectations are evolving following the strategic decision of Serbia to become an EU member. They are connected to the acceleration of reforms needed to instigate stronger economic growth, the further development of an investor-friendly business climate and strengthening of the rule of law.

That also implies proceeding with structural reforms, including the privatisation and corporatisation of large state-owned enterprises. By completing these processes, Serbia might release the considerable resources needed to support growth,” says the FIC President, emphasising the importance of further harmonisation with EU legislation and practises, as well as work on stronger law enforcement, tax reforms, further modernisation of the labour law and continuous energised work on digitalisation and eGovernment. “Our association, with its rich expertise, is ready to contribute to these goals,” adds our interlocutor.

Considering that recent developments have placed the Western Balkans higher on the EU agenda, which long-term goals would you outline as being the most important for Serbia to target? 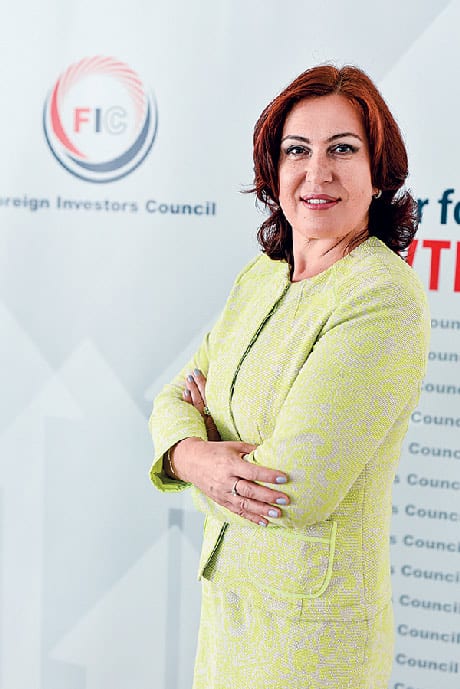 – The accession process has already had and will continue to have, an important positive impact on the Serbian economy, changing the context by making it transparent and attractive for investments. While the Serbian economy is now in solid shape, it still needs to modernise considerably. Along with the aforementioned systemic reforms, it is important to continue with the reform of the public administration, targeting improved efficiencies, thus creating a business climate supported by the rule of law.

How to simplify the administrative burden? The answer is technology. Digitisation and the creation of a fully functional e-government system are obvious choices. Such changes will allow businesses to shift the resources they currently dedicate to fulfilling today’s administrative requirements, often inefficient, to other areas that are more predisposed to sustainable development.

Another very important reform is that of education, as we note that there is a shortage of certain competencies that are in demand. The development of the dual education system that has already been introduced in Serbia will become an important factor to growing business activities in the country.

By completing the privatisation, Serbia could release considerable resources to accelerate growth

How could the FIC help in the process?

– The FIC is a private sector focal point in the EU integration process, as an independent organisation that unites companies from different industries with a solid footprint in the EU. Our members have significant expertise to provide assistance when requested. The FIC already had four visits to Brussels, where we met with representatives of various EU institutions to promote the importance of Serbia and offer our assistance in the process of Serbia’s economic integration with the EU.

Do you think the concept of attracting foreign investors as the basic way of re-industrialising the country and strengthening its export position has been exhausted? In that sense, do you expect a change in state subsidies and the policy of predominantly directing subsidies towards domestic investors?

– Growth in exports of Serbian products is a very positive indicator of Serbia’s increasing competitiveness. Subsidies themselves are not a bad thing; however, they are not usually the reason to invest. Investors come because of the opportunity to build a sustainable, profitable and growing business that will endure.

How has the FIC’s cooperation with the government evolved over time?

– The dialogue with the government has been evolving steadily over the years. It is not always at the same level of cooperation with each ministry, but the dialogue is definitely present. We have always been transparent and consistent in what we advocate for, and that is to support the sustainable development of the Serbian economy. In the past, it sometimes happened that legislation was changed without announcement and proper debate, but the quality of dialogue has changed recently, and we had very good examples of productive dialogue with the Ministry of Finance regarding two very important pieces of legislation – related to VAT and property tax. We respect that we’ve been given an opportunity to contribute to finding the best solution, and now it’s up to the government to decide how to proceed.

The FIC established a joint task force with the Government of Serbia to improve implementation of the recommendations contained in the annual FIC White Book and achieve progress of 50 per cent on an annual basis – up from the previous average of 35-45 per cent. How satisfied are you with the initial results?

– The Joint FIC – GoV Task Force was established on 31st January 2017. It is a tool to enable focused discussion on digitisation/digitalisation, tax, labour legislation and a few other areas where we would like to see faster progress. We are still in the process of analysing the data and therefore cannot announce the results now.

While the rule of law remains the weakest aspect of the accession process at present, some examples of good practices have been noted. Would you emphasise the progress that has been achieved and the tasks remaining?

– The level of dialogue is improving with the ministries with which the FIC previously had some difficulties in achieving that. This is a very important step because it provides a degree of legal certainty and allows business to be prepared for changes.

We welcome the opportunity to have a good dialogue with the government on issues which are of the outmost importance to businesses, such as tax legislation

Business needs much more consistency in the application of laws, especially in the tax area. We, therefore, expect the tax administration to have the capacity and capability to execute the rules in a consistent and clear way. We are satisfied that the FIC’s feedback has been taken into consideration by the tax administration.

How has the new methodology of the White Book changed the way you measure the progress achieved? What are the most persistent obstacles that slow down reform processes in Serbia and keep the country locked in the past?

– This big change in methodology added transparency in the progress accomplished in different sectors and allows the comparing of results. The new approach is closely linked to the capacity of reforms to change the business environment, and it clearly highlights where the process is progressing faster. We assign different scores to major changes, some changes, or no changes, and it will be interesting to see how this will change our perception of reform progress. Not all progress will be recorded. For example, our Food and Agriculture Committee has a very intensive exchange with the Ministry, but we have yet to see whether this will translate into progress in this area in which the success rate was very modest in previous years.

When it comes to the industrial sector, which new driving forces do you recognise as possibly leading to Serbia being ranked among the countries with above average growth? 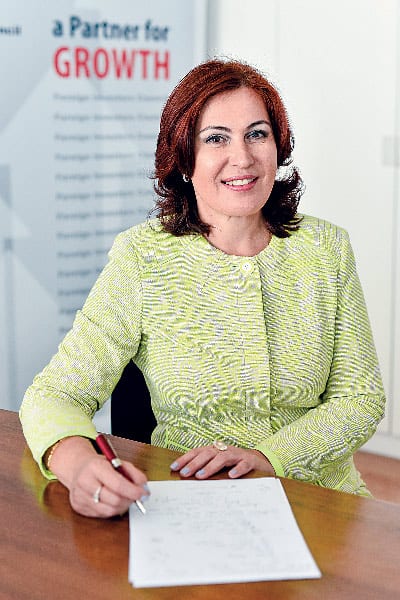 – Technology is always a means to accelerate growth, but what is important is the simplification of the rules, as well as the clarity and transparency of processes – to invite more people to participate in the economy. Digitalisation and the simplification of procedures, the rule of law, and ease of doing business will impact very positively on entrepreneurship in the country. The first signs of these activities are here, as an increasing number of small companies are operating in different sectors, such as agriculture, ICT and other areas. Serbia is evolving substantially in terms of good infrastructure, which adds to the overall competitiveness of the country.

The country is living through a very interesting juncture of acceleration and changes – the most important thing is not to miss the opportunity and to increase the pace of reforms. Intentions without actions will not bring sustainable desired results.

How has the FIC changed internally to better address the new areas of intervention emerging with the evolution of Serbia’s business environment?

– The FIC is not changing its strategy or mission, but its working method, as we have increased our expert capacities tremendously over time and added a number of activities, in accordance with our members’ expectations. We were always very active in “expert-to-expert” communication, but today we have very elaborate communication with many international organisations and stakeholders with which we work together in pursuing the same goals.

After 15 years of operations, what do you see as the new tasks facing the FIC?

– The major task is to use the opportunity to contribute to the acceleration of reform processes. Second is to increase our capacities – at present we have 11 expert committees, but we want to invite more companies to participate in our activities – whether they are members or not, because we want to bring more people on board who would be willing to contribute to shaping the business environment in the desired way.