Favourable predictions of both domestic and international financial institutions regarding expected economic growth in 2018 bring the reason for optimism to the financial industry, says Veroljub Dugalić Ph.D., Secretary-General of the Association of Serbian Banks (ASC). “Banks will provide reliable support in that process,” says our interlocutor.

What will this year be like for the banks? What does current ASB data indicate?

Even the preliminary information from the financial market in 2018 pointed towards realistic optimism. As a reminder, Bloomberg announced the Serbian dinar as the world’s number two currency at the beginning of the year, based on its performances from the previous 12 months; investors have demonstrated increased interest in investing in domestic securities, a mild recovery of lending activity was noted, while announcements and predictions of economic growth in this year are certainly most encouraging.

This points toward 2018 being a year in which the banking sector will be further consolidated and banks’ role in the future economic development of our country will be strengthened. The system’s monetary stability has been fully sustained, and monetary policy instruments showed clear signals and incentives for increased lending activity.

Some economists believe that lending activity in 2017 was higher than data suggests, which is supported by an increase in banks’ lending potential. How do you interpret this data?

Banks’ lending activity in 2017 was characterised by an increase in total loans, achieved despite the write-offs of NPLs, which surpassed those of the year before. Hence, at the end of 2017, the gross carrying value of all approved loans granted to public enterprises, companies, entrepreneurs, households and the public sector amounted to €15.3 billion.

Corporate loans experienced growth based on increased lending to companies, and the increase in retail lending also continued, primarily in the segment of cash and refinancing loans.

Broken down in terms of structure, the data shows that at the end of 2017, compared to the end of 2016, banking loans had increased noticeably, by six per cent, mostly in the retail segment (8.7%), while growth in the segment of corporate clients and entrepreneurs stood at 4.4%.

This trend, together with the data provided on the stability and liquidity of the banking sector, shows that it is possible to expect significant lending activity in the period ahead, especially in the corporate segment, which is a prerequisite for achieving the projected economic growth rates.

The last crisis and the level of NPLs that remained very high until recently taught both banks and clients to be more careful when getting into debt. Is this one of the causes of stagnating lending activity, or are there more ingrained reasons?

The NPL ratio at the level of the banking sector, as a percentage of the share of these loans in the portfolio of total approved loans at the end of 2017, amounted to 10%. This indicator experienced a significant drop in comparison to the end of 2016, by 7.2 percentage points – mostly as a result of banks selling NPLs and thereby significantly clearing their portfolios of risk-bearing assets and boosting their liquidity. 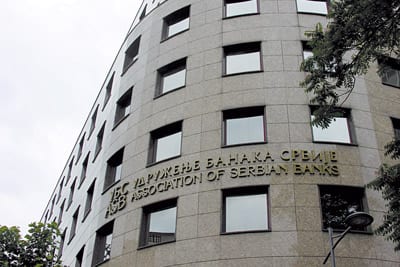 Broken down by sector, the largest share of NPLs was noted in corporate loans (around 11%), the same as in loans granted to entrepreneurs, followed by public enterprises, with 6.4%, and households with 5.6%. All the observed indicators recorded a decrease compared to the previous year.

This is certainly encouraging and proves that the active measures of the NBS, the Government of the Republic of Serbia and the banks have achieved some results, the end goal of which is to finally solve the problem of NPLs as a limiting factor to increased lending growth.

Some foreign banks have already withdrawn from the Serbian market, but on the other hand, we have gained some powerful players like the Bank of China. In the long run, how attractive is the Serbian market to new players, and how much will this determine the outcome of expected privatisations in the banking sector, primarily regarding Komercijalna Banka and Jubmes Banka?

We see these processes heading in the direction of further banking sector consolidation, the achievement of better performances of banks and higher yields for shareholders. The long-term attractiveness for new banks will primarily be determined by favourable business conditions and the general economic environment.

There is a lot of room to further develop banking operations, not only when it comes to lending, but also regarding a number of other banking activities. In this sense, we see these changes as normal changes in a vibrant and dynamic environment, which the banking sector certainly is.

The ASB will this year be particularly dedicated to the financial literacy of all citizens, the digitisation of banking operations and the development of safe business mechanisms in the digital world.

In your opinion, what will be the consequences of disputes over banks’ right to collect loan processing fees?

Although the judicial practice regarding this issue is rather heterogeneous, we have recently seen more litigations ending with verdicts that favour the banks, which should have been done much earlier – considering the relevant laws and practise. It should, however, be explicitly underlined that the banks have the full legal right to collect loan processing fees, based on relevant domestic and foreign regulations, as well as on generally-accepted international banking and financial practices.

You were recently awarded by the International Banking Council for your contribution to international financial and banking activities. What do you consider the greatest achievement of the ASB and yourself when it comes to the banking sector?

This award is a significant acknowledgement, both for the ASB and for me personally, of our outstanding results in the development of banking. We are deeply respected by the International Banking Council, and they really appreciate the tradition of the Association of Serbian Banks, which was established back in 1921, as well as our operations, which are not typical for any other association of banks in Europe.

At the same time, this is one of many recognitions for our contribution to the development of the banking sector of Serbia, resulting from the long-standing role of the ASB as a trustworthy partner of the National Bank of Serbia and the Government of the Republic of Serbia.