Many EU member states must actually solve serious internal problems, and that creates space for different political options to also present themselves with some “simple” or, if you like, populist solutions to EU agendas – Tomaš Kuchta

Even though the EU project is still facing many difficulties, for the Czech Republic there is no alternative to the EU, says H.E. Tomáš Kuchta, Czech Ambassador to Serbia, in this interview for CorD Magazine.

Speaking about the rise of populism across the EU, which is challenging European values and sometimes bringing into question the very survival of the Union, Ambassador Kuchta reiterates the Czech position: “The European Union is for us by far the most important business partner and most of our citizens and their representatives share European values.”

Czechia, adds Ambassador Kuchta, supports Serbia’s European integration process, which he considers much more complicated than the process that his country went through, which is also why it is taking longer to complete. When it comes to bilateral relations with Serbia, Ambassador Kuchta says that they’re at a high level, which should also be confirmed by the visit of President Miloš Zeman to Belgrade, planned for the second half of this year. Ambassador Kuchta adds that the Czech president has envisaged only five official visits for 2019, one of which is the one to Serbia.

Your Excellency, you arrived in Belgrade only recently. How are your first impressions?

They are very positive. I was very warmly welcomed by the highest representatives of the state, including President Alexandar Vučić, National Assembly Speaker Maja Gojković and Prime Minister Ana Brnabić. Thanks to the long tradition of excellent relations between the two countries, and thanks to the very good job done by my predecessor, Ambassador Ivana Hlavsová, I’ve felt almost at home in Belgrade since the very beginning.

You have amassed vast experience in the field of economic relations. Do you see possibilities to strengthen economic cooperation between Czechia and Serbia? 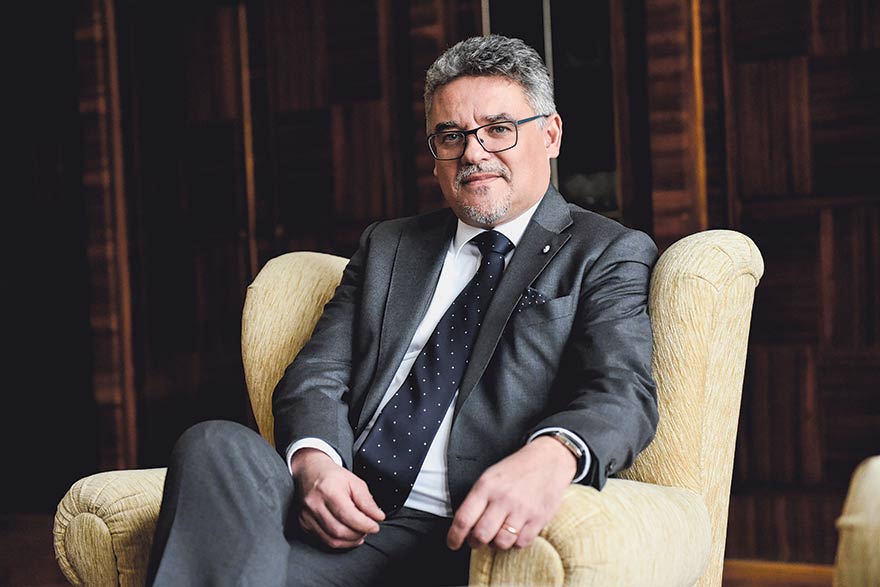 Czech-Serbian mutual economic cooperation is visible at a very good level. There is an obvious interest of both sides to further expand our mutually beneficial cooperation, which was confirmed recently during the session of the Joint Committee on Economic Cooperation, held in Prague last December. Let me remind you that bilateral trade increased threefold from 2010 to 2018, and we feel that the potential exists for more significant growth.

I wish to emphasise that the Czech Republic is a very important investor in Serbia. According to the latest statistics, we are currently the fourth largest investor in Serbia. That’s thanks to huge investments in the sectors of telecommunications, banking, engineering, pharmacy etc.

During Serbian Prime Minister Ana Brnabić’s recent visit to Prague, relations between the two countries were assessed as being at a high level. In which areas do you see room to advance those relations further?

The tradition of our relations is so rich that we should be ambitious in all areas, be that political dialogue or cultural exchange, but I see trade and investments as my highest priority. Bringing Czech investments to Serbia is the best contribution the Czech Republic can make to the development of this country and its future integration into the European Union.

According to the latest statistics, we are currently the fourth largest investor in Serbia. That’s thanks to huge investments in the sectors of telecommunications, banking, engineering, pharmacy etc

Czech Prime Minister Babiš has reiterated Prague’s support for Serbia’s EU accession. Do you have the impression that this process is progressing slowly, compared – for example – to the accession process of your country? What do you see as the reasons for that?

The Czech Republic could progress towards its European Union membership relatively quickly because this process took place in a different international context, both within the region of Central Europe and inside the EU. Furthermore, we did not have open issues with our neighbours, and regional cooperation within the Visegrad Four was already developing successfully. In addition, we didn’t have any problem fully aligning our foreign policy with the Union long before our membership. Also, let us not forget that reforms in our country started immediately after 1989. I see Serbia’s starting point as being somewhat more distant and its integration process as more challenging.

What do you expect of the European institutional elections that will be held during 2019?

It’s not easy to make any previsions. One of the reasons is the traditionally low interest among voters. This fact increases the risk that those who decide to go to polling stations are not fully representing all spectrum of ideas and opinions of EU citizens.

Are you concerned that populist movements, which are mostly also anti-EU, could gain more support among EU citizens?

Yes, I’m concerned. Many EU member states actually have to resolve serious internal problems and that creates space for different political options to also present themselves with some “simple” or, if you like, populist solutions to EU agendas.

To what extent are anti-EU initiatives present in the Czech Republic? The media once quoted former President Václav Klaus as advocating for Chexit?

Former President Václav Klaus was always critical when talking about deeper EU integration. For him, as far as I understand his declarations, the freedom of movement of goods, persons, services and capital is pretty much enough for the natural development of Europe and its competitiveness. Even if the EU project is still facing many difficulties, there is no alternative for the Czech Republic. We are positioned in the centre of Europe and our economy is very open and export-orientated. For us, the European Union is by far the most important business partner, and most of our citizens and their representatives share European values.

While there are different ideas on foreign policy issues, the Czech Government’s position remains consistent. It includes support to the dialogue between Belgrade and Pristina, which should lead to the normalisation of their relations

How do you see the future of the EU? Will the countries of the so-called ‘Eastern Bloc’ manage to overcome the idea of a multi-speed EU, or one of the different internal clubs, which has been mentioned as a possible direction of reform within the Union?

I don’t see the future of the EU in dividing member states into different categories, but I can imagine that different countries will reach the same goal within different periods of time, depending on their priorities and readiness. I imagine the highway going from point A to point B. Some countries will arrive at point B earlier, some later. But what is important is that the direction and the target are the same.

Prime Minister Babiš also attended the recent “Serbian Council” event in the Czech Parliament. How can parliamentarians contribute to strengthening cooperation between the two countries? 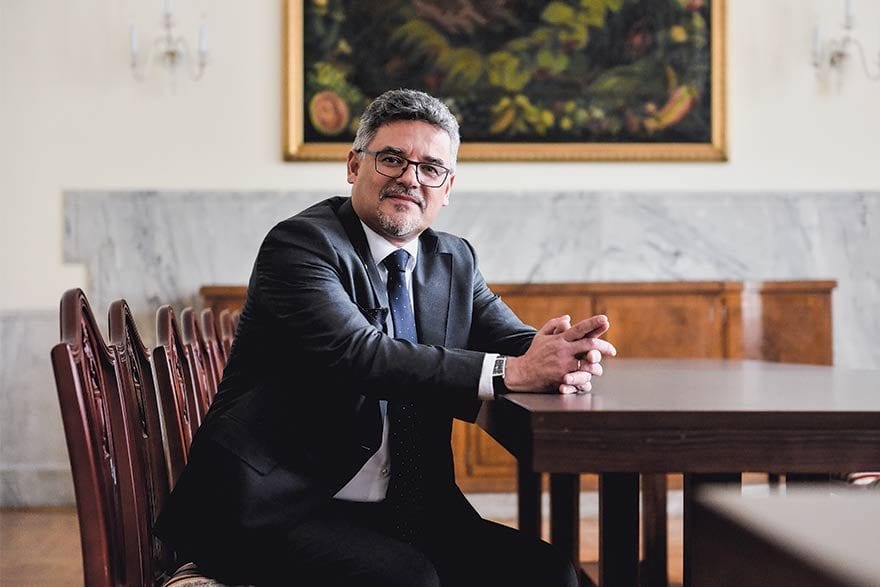 Parliamentarians represent different political parties and different opinions, but they are also experts in different fields and their knowledge of the parliamentarian system in their country is invaluable. Discussions between them, and meeting with their partners from abroad, always broaden their views and the possibilities of them finding new solutions.

The Serbian PM used her recent visit to Czechia to draw attention to the situation in Kosovo and the latest tensions, which began with the introduction of taxes on goods from Serbia. How would you evaluate the overall situation in the region?

One of the reasons for our strong support to the European future of the Western Balkans is the positive influence of EU-related processes on regional stability and cooperation. European integration cannot happen without solving open issues through dialogue. Any steps in the opposite direction are worrying. On the other hand, we see positive developments in Macedonia and hope these signs of progress will be confirmed in 2019.

One gets the impression that, despite the Czech Republic having formally recognised the independence of Kosovo, there is division in your country on this topic, as most often testified to by the statements of President Zeman. How do you see the dialogue between Belgrade and Pristina?

While there are different ideas on foreign policy issues, the Czech Government’s position remains consistent. It includes support to the dialogue between Belgrade and Pristina, which should lead to the normalisation of their relations. Frankly, we find the current state of affairs rather disappointing and hope that things will start moving in a positive direction again.

The visit of President Miloš Zeman to Belgrade, which should take place during the second half of this year. President Zeman is planning only five visits abroad for 2019, and I’m sure the one to Serbia will be one of the most important

Will 2019 see the organising of a visit of the President of the Czech Republic to Serbia, in response to the invitation recently extended by the Serbian PM?

I’m very happy to announce that we are organising a visit of President Miloš Zeman to Belgrade, which should take place during the second half of this year. 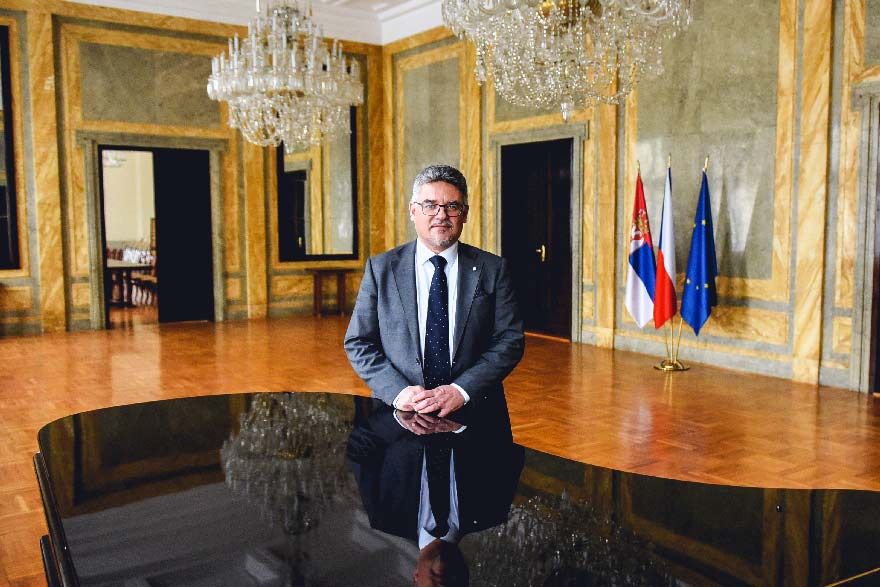 President Zeman is planning only five visits abroad for 2019, and I’m sure the one to Serbia will be one of the most important.

While there are different ideas on foreign policy issues, the Czech Government’s position remains consistent. It includes support to the dialogue between Belgrade and Pristina, which should lead to the normalisation of their relations

Development assistance provided to Serbia by the Czech Republic in previous years has also included support for environmental projects, specifically projects for the treatment of water and waste. Will this also be among priorities in the future?

Yes, you are right that one of our priorities in development cooperation has been supporting for environmental projects, particularly focused on water management. This will continue in the future through the B2B programme of the Czech Development Agency and through so-called small local projects. In this respect, we have already received a lot of new suggestions, but let me mention that we wish to extend Czech activities in this sector also by increasing our trade, i.e. through export activities. As such, the Czech Embassy in Belgrade is this April organising a business mission of Czech companies interested in water management on the local market. I have no doubt that this mission will be highly successful.