Thanks to the measures taken by Turkey, EU countries have not been talking about that “existential” problem any more. But they forgot about the existence of the problem because migrants are no longer on their doorstep. However, the problem remains and is on the shoulders of my country. We expect the EU to fulfil its commitments, to share the burden and, perhaps most importantly, to tackle the causes of the problem – Tanju Bilgiç

Since the emergence of the migrant crisis, Turkey has spent $40 billion to care for around four million Syrians and nationals of other countries, says H.E. Tanju Bilgiç, Turkey’s ambassador to Serbia, emphasising in this interview for CorD Magazine that there are more migrants in Turkey than the entire populations of some European countries.

Addressing the issues of bilateral relations with Serbia, Ambassador Bilgiç says that they are at the highest level historically, as can be seen in strengthening economic cooperation and growing interest in Serbia among Turkish investors.

Turkey is also continuing to restore cultural and historical monuments in Serbia, and so – after the success of Ram Fortress – monuments will be restored in Belgrade, Užice, Raška and Novi Pazar announces CorD’s interlocutor.

Your Excellency, it was during recent talks with the President of Serbia that you reiterated your evaluation that bilateral relations between Turkey and Serbia are at their highest level historically. How is all this progress reflected and who deserves the credit for it?

Relations between the Republic of Turkey and the Republic of Serbia are experiencing their best period in history. This is undoubtedly true. Although economic and commercial ties are still the driving force behind our relations, we cooperate on a wide range of issues, and our relations are improving and deepening by the day. The efforts of our presidents are invaluable at this point. They paved the way for us to develop relations, and we walk along the path that they forged.

Growth is being recorded in economic cooperation between the two countries. It was late last year that you announced the opening of as many as six new factories of Turkish investors. Can you tell us something about the implementation of those plans?

Turkish companies have recently been opening new factories or extending existing ones, in the fields of textiles, automotive parts, pipe manufacturing and rubber industries, in various Serbian towns and cities

Turkish companies have recently been opening new factories or extending existing ones, in the fields of textiles, automotive parts, pipe manufacturing and rubber industries, in various Serbian towns and cities, such Priboj, Kragujevac, Žitorađa, Vladičin Han, Kraljevo, Leskovac and Ćuprija. Our aim is to further increase Turkish investments in different parts of Serbia in the period ahead.

Are you satisfied with the pace of works on the section of the Belgrade- Sarajevo Highway between Sremska Rača and Kuzmin?

As you have mentioned, road infrastructure projects are another field in which we cooperate. The ground-breaking ceremony for the Sremska Rača – Kuzmin section of the Belgrade – Sarajevo Highway project was held during the visit of the Turkish President to Serbia on 8th October 2019. The loan agreement signed between Turkish banks and Serbia last year was then approved in the Serbian National Assembly on 3rd February 2020 and was duly published in the Official Gazette. Therefore, work on the section of the highway between Sremska Rača-Kuzmin continues according to the terms of the contract. There is no delay so far.

How is work advancing on the construction of the road between Tutin and Novi Pazar, which is also being carried out by a Turkish company – Tasyapı Construction?

This project’s ground-breaking ceremony was also held during the visit of the Turkish President to Serbia on 8th October 2019. Some six kilometres of this 20-km-long road are on the territory of the Municipality of Novi Pazar, while the rest is in the Municipality of Tutin. The Municipality of Tutin wanted to change the route of the road after the contract was signed, but this would require a completely different project and permission process than the rehabilitation work. 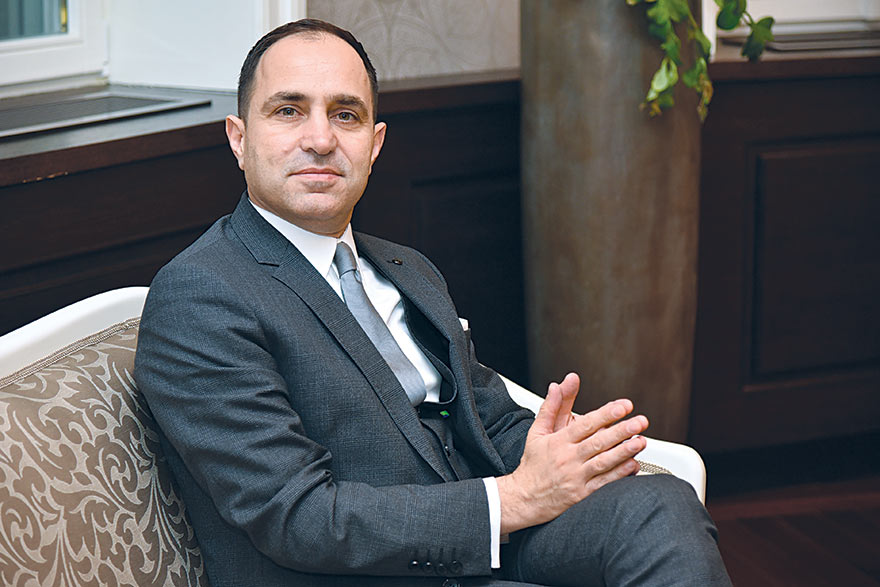 The start of this year saw the ceremonial commissioning of a branch of the Turkish Stream gas pipeline that connects Russia and Turkey. When do you expect the completion of works on the branch of this pipeline that runs through Bulgaria, Serbia and Hungary?

You may have heard that the Turkish Stream gas pipeline has two parts. The first one, Turkish Stream-1, carrying gas to Turkey, is already completed and we are already receiving gas. Turkish Stream-2, which is supposed to carry the gas to Europe via Turkey, is still under construction. However, its Turkish-Bulgarian section has been completed. Bulgaria started receiving gas as of 1st January 2020, while Greece has also been receiving gas through this connection. I saw on the news in Serbia that construction of the pipeline has been completed. As far as we know, construction is continuing on the Bulgaria-Serbia and Serbia-Hungary sections of the pipeline.

Could the future of the Turkish Stream pipeline route be jeopardised by worsening relations between Turkey and Russia as a result of military activities in Syria?

There is no direct connection with regard to the recent developments in Syria and construction of the Turkish Stream gas pipeline. We should not see them as being interrelated. These are processes that are continuing in different channels. As I explained in my previous answer, Turkish Stream-1 has already been completed, and we have been receiving gas via this pipeline. With respect to Turkish Stream-2, which is supposed to carry natural gas to Europe, although construction is still continuing in some sections, the Turkish-Bulgarian section has already been completed.

It was claimed recently in the EU that the opening of Turkey’s borders to a new wave of migrants heading towards Western Europe is an attempt by Ankara to link the crisis in Syria and the migrant crisis. How would you comment on this?

It is impossible to separate the situation in Syria and the migrant crisis. These two issues are inextricably linked. The migrant crisis started when the internal situation in Syria began to deteriorate nine years ago. The Syrian regime’s recent attacks in Idlib displaced about 1.5 million civilians living there. Hundreds of thousands of people moved towards our border with Syria. These Syrian civilians are currently trying to survive under extremely bad conditions in regions near our border.

Our country has been warning for years that safe zones should be created alongside the Syrian- Turkish border on Syrian territory, in order to house those civilians. Turkey has been carrying the heavy burden of migrant pressure stemming from the Syrian crisis for nine years

Our country has been warning for years that safe zones should be created alongside the Syrian-Turkish border on Syrian territory, in order to house those civilians. Turkey has been carrying the heavy burden of migrant pressure stemming from the Syrian crisis for nine years. However, our patience has now run out. The number of Syrians in our country has reached 3.6 million, and the total number of irregular migrants has reached four million.

I shared a post on our Embassy’s social media account some time ago in which I compared the number of asylum seekers and immigrants in our country and the populations of the countries of the region. The number in question is four million, which is more than the populations of many countries in this region. To date, the money we spend on these people from our national budget has reached 40 billion dollars. 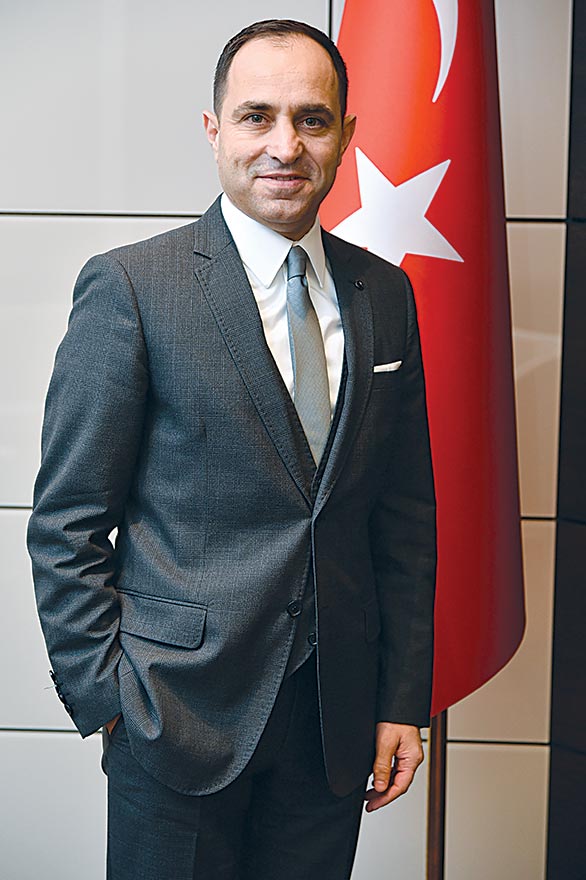 We have fulfilled our international commitments completely. Thanks to the measures we have taken, irregular migration flows from the Aegean fell from 7,000 people per day to around 70, while transitions to Europe decreased by 92 per cent.

While we have been receiving migrants for nine years, the EU has taken no action, as it has not been affected thanks to the measures that we have taken. The Voluntary Humanitarian Resettlement Programme, one of the EU’s responsibilities of the 18th March agreement, has never been implemented. We expect the international community to share the burden that we’ve been carrying for years. We believe that the factors that lead to migration must be eliminated in order to combat the problem.

Turkey will no longer tolerate a new wave of immigration. For this reason, we expect the international community to contribute to the creation of safe areas where civilians can be placed within Syrian territory, in the regions adjacent to our border, which we have stated for years.

In your opinion, what is needed in order to minimise tensions at the Turkish-Greek border with regard to migrants?

As I said in my previous answer, we would like to share the burden. We signed an agreement with the EU on 18th March 2016, and we have since fulfilled our commitments. Thanks to the measures taken by Turkey, EU countries have not been talking about that “existential” problem anymore. But they forgot about the existence of the problem because migrants are no longer on their doorstep. However, the problem remains and is on the shoulders of my country. We expect the EU to fulfil its commitments from the 18th March agreement, to share the burden and, perhaps most importantly, to tackle the causes of the problem.

Turkey will no longer tolerate a new wave of immigration. For this reason, we expect the international community to contribute to the creation of safe areas where civilians can be placed within Syrian territory, in the regions adjacent to our border, which we have stated for years.

Turkey has allocated funds for the renovation and restoration of cultural and historical sites in Serbia in recent years, such as the recently completed Ram Fortress. Do you intend to engage in similar undertakings moving forward? 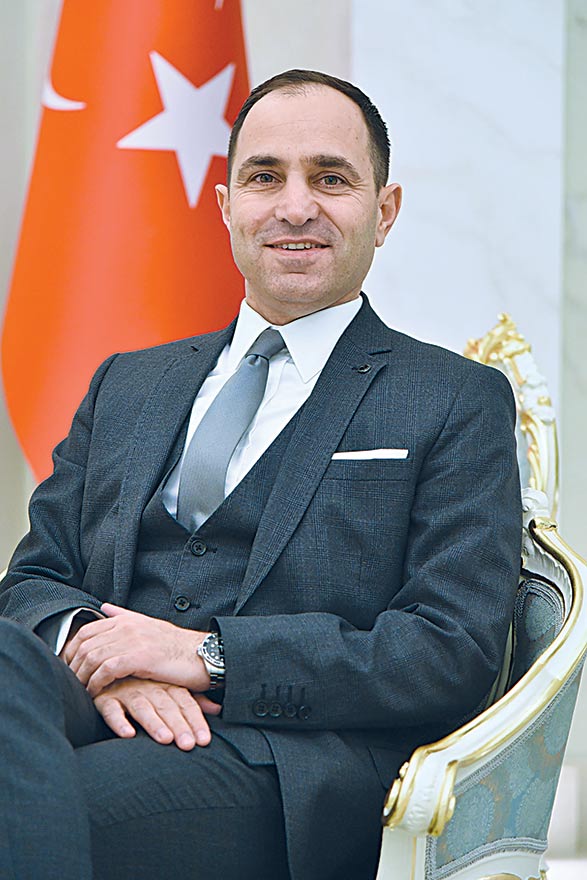 Turkey attaches importance to the restoration of our common cultural and historical heritage in Serbia. The most recent example is Ram Fortress, a project carried out by TİKA, in cooperation with the Serbian authorities.

The developing of restoration projects for the Bayraklı Mosque and Golubac Turkish Bath – two other TIKA projects – are currently underway. In the future, TİKA is also planning to rebuild the Užice Bridge, which was bombed and totally destroyed during WWII.

Restoration of the Gazi İsa BeyHamam in Novi Pazar, Belgrade Hamam and Raška Hamam are among the projects that the Directorate General of Foundations of Turkey wishes to implement.

When will work be resumed on the reconstruction of the Turkish Hamam in Novi Pazar?

The draft restoration project of the hamam, prepared by the Directorate General of Foundations of Turkey, is currently being evaluated by the relevant Serbian authorities. Restoration works will commence after the Serbian side has approved project documentation.

To conclude, I would like to point out that Turkish-Serbian relations are multidimensional and based on the goodwill of our leaders and our respective nations. We respect each other and see avenues for cooperation in the political, economic and cultural spheres. I have the utmost confidence that our bilateral relations will further deepen, based on trust and a commonality of interests.