Reforms Are Paying Off

I firmly believe that Serbia is awaited...
Read more

The field of new technologies, which is...
Read more

85 years ago, on 9th August 1937, the oldest living American alligator in the world arrived at the Belgrade...
Read more
27 September 2018
Facebook
Twitter
Email

Serbia has demonstrated an ability to make tough reform decisions and has benefited immensely from those reforms. However, it needs to continuously renew to perform even better. If all the pro-market reforms are designed, implemented and sustained, the result will be faster growth

To get the lowdown on how Serbia should proceed with reforms and what the country’s key priorities should be, we spoke with Stephen Ndegwa, World Bank Country Manager for Serbia.

You stated at the beginning of this year that speed would be among the key issues insisted on during 2018 by the World Bank, when it comes to taxation policy, the privatisation of public enterprises, attracting foreign investments, accelerating economic growth etc. Is Serbia ready for such a pace of reform?

– The Serbian authorities have been working on all these reforms for quite some time. So, what we are talking about is completing them, or at least bringing them to their final stages. For instance, the process of finding a resolution for the remaining state enterprises in the real and financial sectors started two decades ago. On the other hand, some other reforms require adjustments and fine tuning to reflect new realities.

In the SOEs in which it plans to retain ownership, the government needs to focus on corporate governance, quality of service, accountability, proper monitoring and reporting mechanisms

As you know, all countries – especially emerging economies – have done very well when they have made the business environment as favourable as possible. Serbia has made progress here, but – just as others that are also improving – Serbia needs to continuously renew to perform even better. If all pro-market reforms are designed, implemented and sustained, the result will be faster growth.

We can start with the fact that at least five per cent economic growth is needed for Serbia to catch up with the EU within a reasonable timeframe. What are the preconditions for that? Which policies must first be changed? 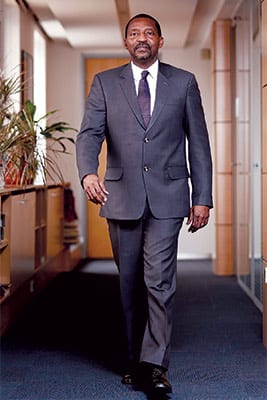 – The most fundamental shift in mindsets and actual policies is to give priority to the private sector. The main difference between state and private enterprises is that state-owned enterprises do not necessarily care about growth (i.e. increased productivity) as their top priority.

In fact, they might care more about creating jobs, although not necessarily the best jobs or they might insist on buying local even though that’s not always most productive for the country. They often consume more energy and local resources than their competitors in the private sector, thus are not always efficiency driven. The private sector is predominantly profit-driven, so these companies by default focus on increases in productivity and growth. In the modern world, business competition is often global, so they must also be globally competitive.

However, for this to happen Serbia needs to create an environment where the rule of law prevails; where red-tape is addressed and infrastructure bottlenecks resolved.

How realistic is it for us to sell 600 state-owned companies, many of which are just shells, at this juncture?

– It is important to consider that the remaining SOEs include different types of companies, which require different approaches. Most of the remaining SOEs are utilities, either large utilities (e.g. EPS, Srbijagas, Railroads etc.), or municipal utilities. In general, the government plans to retain ownership of these SOEs, and therefore the key issues are corporate governance, quality of service, accountability, proper monitoring and reporting mechanisms. Then there is the remaining part of the former Privatisation Agency portfolio, some 100+ commercial SOEs.

This group includes several of the most problematic large companies, which used to generate most of the fiscal costs. In some of these, we see good movement recently, such as the launch of the public tender for RTB Bor or the decision to initiate the bankruptcy of Azotara. We hope similar progress can also be made in others, and that this legacy portfolio will finally be resolved. Acceleration would be a big confidence boost – not to mention an opportunity – for local and foreign investors. We should also mention that the government retains a minority stake in many other companies as well, which in general it should aim to privatise.

There is a lot of talk about changing the policy of subsidies for foreign investment. In your opinion, for whom should they be intended and under which conditions?

– At the time when investment subsidies were introduced, Serbia had comparatively little foreign direct investment and a high unemployment rate, so the primary goal was to attract (any) investors and to create (any) jobs. In that sense, they were successful – recent Bank analysis showed that subsidies contributed to the creation of jobs which would otherwise not have been created. In addition, Serbia is now definitely on the map as an investment destination and is in fact among the top-ranked countries in Europe regarding FDI jobs created per capita. Serbia is in a different field now. It might be an appropriate time to adjust investment promotion policies.

When considering subsidies, we should incentivise investors to integrate into the local economy more and facilitate the linking of domestic companies with regional and international value chains

Firstly, the focus should be on improving the overall business environment, as a good business environment is the “cheapest” and the most durable way to attract investors. Despite improvements, certain barriers to investment (such as regulatory burdens and transparency, court systems and land rights issues) continue to hamper investors and entrepreneurs in Serbia. Secondly, when considering subsidies, we should target not only job creation but rather also incentivise investors to integrate into the local economy more and facilitate the linking of domestic companies with regional and international value chains. This makes for better quality jobs and more growth opportunities across the economy.

Is it possible at present to reduce taxes for the healthy part of the economy, which is being sought by businesspeople?

– Compared to other countries in Europe, Serbia does not seem to be a high tax jurisdiction. Income tax rates are relatively low, and there is limited space for tax reduction without creating a fiscal deficit. At the same time, Serbia can do more to improve its tax administration by reducing compliance costs and increasing predictability for taxpayers.

By doing so, it would improve its business environment and facilitate economic growth. Moreover, a better tax administration could help expand the tax base, which would create fiscal space for the medium-term reduction of tax rates.

How prepared is Serbia to respond to the climate change challenges that can have a strong impact on GDP reductions?

– The devastation caused by the floods of May 2014, with estimated damages and losses totalling about €1.7 billion (or over 4% of GDP), was somewhat of a wake-up call for Serbia to realise how vulnerable and unprepared the country was for natural disasters. 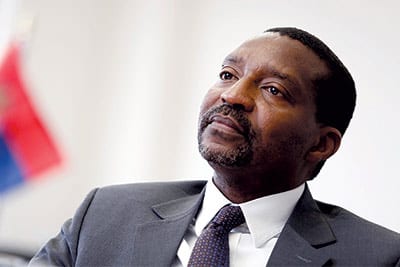 Since then, the country has undertaken important actions to address climate change and disaster risks in a more comprehensive way. But the country’s economic growth is still sensitive to climate-related disasters.

The agricultural sector also has a particular vulnerability to climate change, with droughts being one of the key detrimental factors there. The impact on agriculture was dire, as agriculture contributed negatively to GDP growth in 10 of the last 18 years. Significant efforts are required in the time ahead to increase the resilience of this sector to the adverse impacts of climate change. Local economic growth does not only depend on a good business environment but also significantly on disaster risk-informed and climate-smart planning, which all still require time and capacities to take root at the local level.

Which projects will the World Bank invest in during this year and next, and how will it address some of the gaps in the implementation of reforms?

– The World Bank will provide support to the Government of Serbia to improve tax administration, the efficiency of tax collection and lowering the compliance burden for taxpayers.

In order for its economy to be competitive, Serbia needs to create an environment where the rule of law prevails, where red-tape is addressed and infrastructure bottlenecks resolved

The World Bank is also supporting the government in improving access to and the quality and efficiency of selected administrative e-Government services. Also to strengthen commercial agriculture. These three investments are expected to total US$150 million. Our partnership also continues in broad analytical work aimed at informing government choices and advisory work on key reform areas.

If it will only be possible for the next generation in Serbia to live better, what will this generation have to sacrifice? And which sector of the population will carry the greatest burden of reform?

– Serbia has demonstrated an ability to make tough decisions in reform and has benefited immensely from those reforms. This is clear whether one looks at fiscal consolidation results, earlier privatisation or public investment; or the level of FDI arriving, or even the ability to borrow internationally at a lower cost. For the next generation to live better, Serbia needs to sustain this reform path, including making good strides on EU accession.

Citizens having confidence in the reform path, transparent view of trade-offs, and sharing the expanding benefits of reforms are key to Serbia achieving shared prosperity.

World Bank President David Malpass on Wednesday suggested that Russia's war in Ukraine and its impact on food and energy prices, as well as...
Read more

Following its strong recovery in 2021, the Montenegrin economy is again facing headwinds that are coming both directly, like effects of the war in...
Read more

Three Pillars Of Stability And Growth

The strength and resilience of the economic recovery over the medium term depends on the government’s growth strategy. The first cornerstone is financial sector...
Read more

The public policy loans in support of green recovery as well as the support program for the modernization of the railway sector were signed...
Read more

Even before the full strength of COVID-19 hit the country, it was known that it would push Montenegro into a deeper recession than the...
Read more

Ready For A Fresh Restart

Serbia’s robust response to the health pandemic has shown good results and enabled it to be among the first economies in Europe to re-open....
Read more