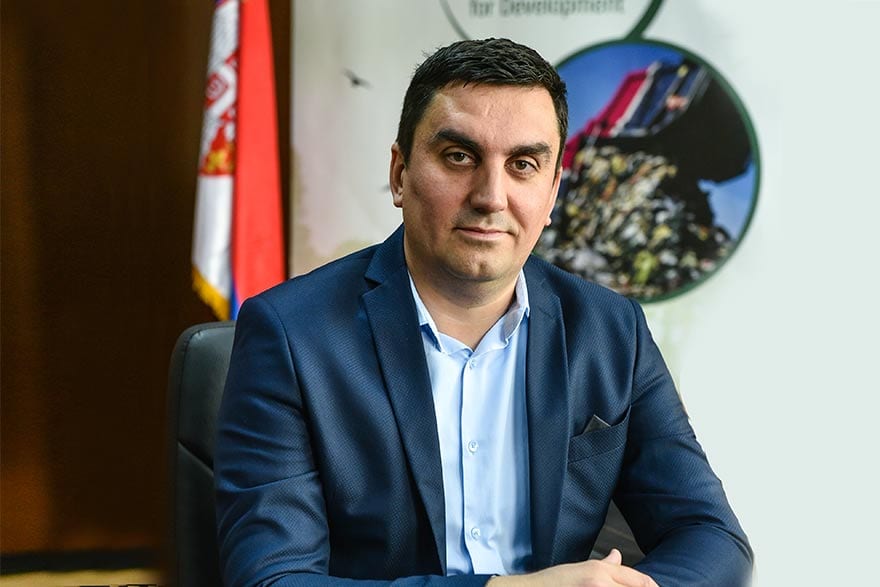 The challenge faced by EU Candidate Countries related to the need to invest in improved environmental infrastructure as part of the EU Accession process was well recognised by all partners and experienced during previous rounds of EU Accession. Experience shows that the financial challenge is worsened by the low level of charges for environmental services, the ability of governments and municipalities to raise funds, many conflicting demands on the funding available, as well as slow progress identifying, prioritising and preparing the required investment projects. While a lack of finance is often perceived as a major barrier, other factors – such as the need to identify all required projects to comply with the requirements of EU Directives, political support to local projects at the local level, as well as appropriate project preparation – play an important role in the process. In practise, EU Candidate Countries may request transitional periods if they are unable to implement environmental investment projects by the date of accession. In order for a transitional period to be approved, the EU Candidate County must provide a clearly defined programme through which the necessary investment will be implemented. This programme needs to identify all projects and investments that will be required, sources of capital and the period over which the investments will be implemented.

At a directive level, Serbia prepares Directive Specific Implementation Plans for all directives for which we are seeking transitional periods in accession negotiations. DSIPs need to present a defensible case for the additional time required for their implementation. DSIPs has so far been prepared for several different directives, leading to competing demands on the available resources.

WHY IT IS IMPORTANT TODAY?

The development of the environment investment plan is anchored in strategic considerations such as progress made in Serbia’s EU accession process, the overall macroeconomic situation in the country, as well as the Fiscal Council’s recommendations on environmental infrastructure development.

ABILITY TO ASSUME THE OBLIGATIONS OF EU MEMBERSHIP

The most recent Report on Serbia 2018 highlights developments with regard to Chapter 27: Environment and climate change. In the strategic context of the environment investment plan, it is noted among other things that Serbia has some level of preparation in the area of environment and climate change, and some progress has been made in further aligning with the acquis, strategic planning and addressing 2016 recommendations; in the coming year, Serbia should focus on operationalising and adequately resourcing the new Green Fund financing facility, and further improving inter-institutional coordination, in particular between the national and local levels; predictable financing based on the polluter pays principle that is needed to raise investment levels in the sector, while in waste management there is a good level of harmonisation with the EU acquis.

The most recent Report on Serbia for 2018 highlights developments with regard to Chapter 27: environment and climate change

Efforts aimed at improving implementation in this sector are ongoing. There is a need to update the National Waste Management Strategy and municipal waste management plans to reflect legal provisions on waste minimisation and waste separation at source, and to include quantitative targets for waste recovery and recycling. There is also a need for increased efforts to close Serbia’s non-compliant landfills more quickly, and to invest in waste separation and recycling; in the area of water quality, Serbia is moderately aligned. The Strategy for Water Management runs until 2034. A national strategy and action plan on water protection have not yet been adopted, while there is a need to exert significant efforts to further align its legislation with the acquis and to strengthen administrative capacities, in particular when it comes to monitoring, enforcement and inter-institutional coordination.

Over the course of six years, Serbia transformed itself from an economy characterised by stagnant growth, a high unemployment rate and twin deficits – to a low inflation economy with stable growth, an erased fiscal deficit, declining public debt, significantly reduced external imbalances and labour market recovery.

Macroeconomic stabilisation contributed to stronger FDI growth, up by 27.1% in 2017 (reaching 6.6% of GDP), and favourable trends continued in 2018. The stability of the Serbian banking sector has been preserved and further reinforced. All of the aforementioned created a favourable environment for the acceleration of growth in the period ahead.

Fiscal Council of the Republic of Serbia: investments in environmental protection represent a social and fiscal priority.

» The necessary increase in budget expenditures for environmental protection amounts to about 1.2 to 1.4% of GDP (about 500m EUR). Public investments in the environment in the coming years are estimated at 8.5bn EUR;

» An increase in environmental protection investments would improve budget structures and have a positive effect on economic growth in the short term;

» Investments in environmental infrastructure would have a positive impact on health, quality of live and regional development, and provide an enduring incentive for the economic growth of the entire country;

» There is currently fiscal space available in the budget that could be allocated for environmental investments. The fiscal consolidation launched at the end of 2014 allowed Serbia to avoid a public debt crisis – from the annual general government deficit of 6.6% of GDP (2.2bn EUR) in 2014, Serbia reached a balanced budget in 2017 and 2018, with public debt having dropped from almost 75% of GDP to about 60% of GDP. The Fiscal Council estimates that favourable fiscal trends will allow the Government to have fiscal funds at its disposal amounting to 1% of GDP in the 2019 budget, which can be used to increase public investments in environmental protection;

» Public investments in environmental protection are funded from the national budget, but also from local budgets (cities and municipalities, together with local public enterprises). Local governments should participate, on equal terms, in the funding of environmental projects, but they are currently unable to do so. Co-funding should remain the principle upon which the relationship between the national and local governments relies.

An Accession driven investment planning process needs to provide the framework for making the necessary investments and securing compliance with all relevant directives, as well as to support bids for transitional periods where required. Several planning and implementation tools are used in this process. DSIPs provide for the systematic assessment and identification of gaps in compliance, as well as proposing measures to close the gaps, including capital-intensive environmental infrastructure projects. The Multi-annual Investment and Financing Plan provides a comprehensive financing strategy by defining investment needs, sources of finance and the timing of individual projects. Identified projects then progress to the project preparation phase, where they may be supported by a range of project preparation facilities.