If the global crisis deepens, it will further impact Serbia through weaker external demand, the continued disruption of supply chains and tighter financing conditions. Under such circumstances, it would be crucial to have well designed public investments and a sound fiscal policy for maintaining the economy on the right track

There is no sign at present that the economic crisis triggered by COVID-19 will soon be in the past tense. Under such circumstances, it seems reasonable to discuss all possible scenarios of the development of the crisis and conceivable policy responses in the given situation. In this interview, IMF Resident Representative in Serbia Sebastian Sosa offers valuable insight into the options available to Serbia.

What are the best- and worst-case scenarios when it comes to Serbia’s GDP growth in 2020?

Notwithstanding a sizeable policy response, the pandemic has had a significant adverse impact on Serbia’s economic activity, and we project real GDP to contract by three per cent in 2020, compared to the four per cent increase projected prior to the outbreak. The pandemic is hitting the economy mostly through reduced external demand, weaker foreign direct investment and remittances, disruptions to regional and global supply chains, and domestic supply constraints. Although growth is expected to rebound next year, the projected 2021 GDP level is about five percentage points below pre-COVID-19 projections.

Risks to the growth outlook remain substantial, given the heightened uncertainty about the duration and magnitude of the COVID-19 shock. A further worsening of the pandemic could lead to a more severe output contraction in 2020 and a weaker recovery in 2021. A deeper and more protracted global crisis would further affect Serbia through weaker external demand, continued disruption of supply chains and tighter financing conditions.

After massive support to the economy at the beginning of 2020, does additional fiscal space exist in the Serbian budget for a second wave of support to businesses?

The fiscal package deployed in response to the crisis has been the largest in Emerging Europe (about 6.5% of GDP) and included increased healthcare spending, tax deferrals, wage subsidies and universal cash transfers. A state guarantee scheme for bank loans to SMEs was also implemented.

A second round of measures, amounting to 1.2% of GDP, was recently announced, including additional wage subsidies for SMEs and deferments of labour taxes and social security contributions. Although these measures should not create financing problems, they will raise public debt sharply and the remaining fiscal space is now very limited. Therefore, should the outbreak be more protracted than expected, any additional support will have to be strictly targeted to the most vulnerable firms and households.

The PCI enabled a strong policy dialogue between Serbian policymakers and the IMF, to help the country demonstrate its commitment to reform and to maintaining macroeconomic stability

The Serbian economy is largely dependent on foreign investments, goods’ exports and remittances. Which of those are the strongest and weakest links in the chain?

As I mentioned before, these are all important channels through which the COVID-19 shock is being transmitted to the Serbian economy. Real exports, which have been growing steadily in recent years and were projected to grow by eight per cent this year before the pandemic, are now projected to fall by almost 10 per cent. Foreign direct investment, which peaked at 7.8% of GDP last year, is expected to fall to 4.7% of GDP in 2020, while remittances are expected to decline from eight per cent of GDP to 6.5% of GDP, impacting negatively on private consumption.

Is there still time for public investment to be scaled up to support the recovery of the economy and boost potential growth, given that we are already in the second half of the year and that each time the new government is inaugurated it needs time to adjust and articulate its policies?

Public investment has indeed been affected by the pandemic. While we were projecting public investment in 2020 at 4.5% of GDP prior to the COVID-19 shock, we are now projecting it at 3.8% of GDP. The 2021 budget should envisage higher public investment, including into green infrastructure and environmental protection. This will not only support economic recovery, but also boost Serbia’s potential growth.

There is a long list of reforms that slowed down due to the pandemic. Under the current circumstances, is it realistic to expect the tackling of areas like tax administration, public sector wages and employment systems, and the corporate governance of public enterprises?

The implementation of structural reforms has indeed faced delays during the pandemic. There are several structural fiscal reforms to underpin the improvement of fiscal discipline that we had hoped would be adopted in 2020 before the Policy Coordination Instrument (PCI) comes to an end, but that are now delayed. These reforms include the implementation of a new public sector wage system and the adoption of new fiscal rules. 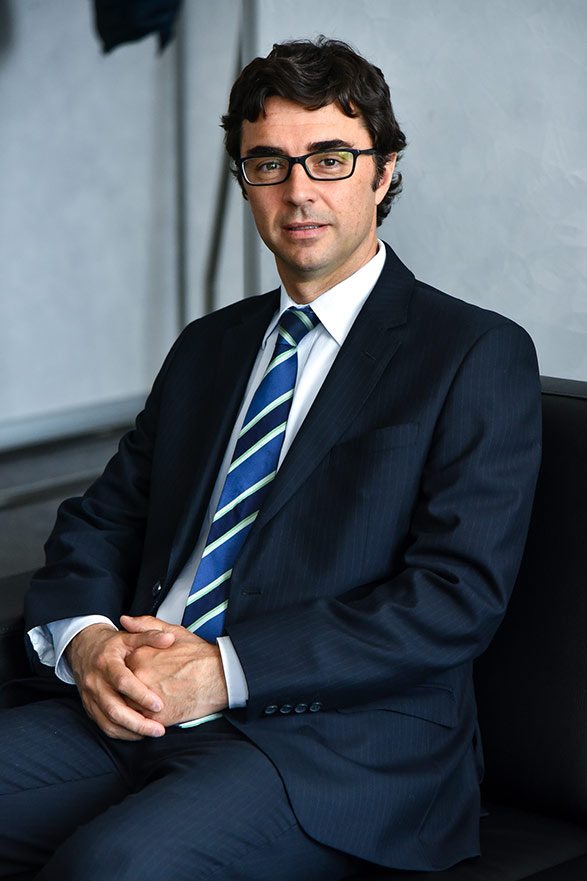 The introduction of a new public employment framework is also delayed, due to setbacks in technical assistance delivery related to the pandemic, but also considering the need to prioritise solid control of public employment and the wage bill throughout the crisis. The adoption of plans to develop Serbia’s capital markets has also been delayed.

In this context, the reform agenda for the remainder of the PCI has been streamlined and refocused on crisis priorities, including monitoring fiscal risks and strengthening SOEs. The Serbian Finance Ministry is preparing a strategy and methodology to properly monitor fiscal risks, supported by World Bank technical assistance, prioritising fiscal risks stemming from SOEs, local governments, public-private partnerships, litigation and natural disasters.

Moreover, a new ownership and governance strategy for SOEs is currently being prepared, with assistance from the EBRD. This reform should provide an integrated approach to overseeing SOE operations, as well as measures to improve corporate governance of SOEs.

What are the preconditions for a healthy fiscal policy during times when additional borrowing and rising public debt are realities of every country, Serbia included?

The COVID-19 crisis has shown the importance of building strong fiscal buffers during good times, in order to be able to provide substantial policy support in the case of a negative shock. In fact, due to a strong fiscal performance in previous years, Serbia faced the pandemic with enough fiscal space to respond with a large package of measures without jeopardising its fiscal sustainability. The fiscal deficit is expected to increase from 0.5% of GDP in 2019 to more than seven per cent of GDP in 2020, with public debt rising to about 60 per cent of GDP. However, given the projected economic rebound and the temporary nature of fiscal measures, the fiscal deficit should narrow significantly in 2021, ensuring the resumption of a clear downward trajectory for public debt. That will be important for maintaining Serbia’s reputation in financial markets.

You’ve warned that increases in public sector wages and pensions should be limited in 2021. How about support to vulnerable groups, such as those who lost their jobs, be that in the traditional or the irregular economy? Is there space for intervention and how should that be handled?

After the sharp, temporary increase in 2020, the fiscal deficit should narrow to about two per cent of GDP in 2021. In this context, and following two years of sizeable increases, public sector wage increases in 2021 should be strictly limited, while pension increases should continue to be guided by the Swiss formula, with no one-off payments or ad-hoc increases. At the same time, the 2021 budget should create space for additional healthcare spending and increased public investment, including on green infrastructure and environmental protection. It should also allow for increased support to the most vulnerable households, including informal workers facing job and income losses. Expanding the coverage of existing targeted social assistance programmes could be helpful in this regard.

Should the outbreak be more protracted than expected, any additional budget support will have to be strictly targeted to the most vulnerable firms and households

The current PCI programme will officially end in January 2021. Given that PCI was a new tool, what strengths did it show?

The PCI was designed to enable a strong policy dialogue with the IMF and to help a country demonstrate its commitment to reform and to maintaining macroeconomic stability. For Serbia, the PCI has indeed played that role. Under the PCI, which started in mid-2018, Serbia has achieved good results in terms of macroeconomic performance and financial stability. Prior to the COVID-19 shock, the economy grew at a healthy pace, supported by strong foreign direct investment and improved labour market conditions. Inflation remained low, while the resilience of the financial sector continued to improve, with non-performing loans reaching historically low levels. Fiscal performance was strong, with public debt on a firm declining path. These positive results allowed Serbia to face the COVID-19 shock with relatively sound macroeconomic fundamentals and enough policy space to deploy a substantial fiscal and monetary policy response to the pandemic.

In terms of structural reforms, results have been mixed. Good progress has been made in improving the tax administration, enhancing public financial management and privatising Komercijalna Bank. But the implementation of the public wage system, public employment framework and SOE reforms have suffered significant delays.

What Is Brought By The New Largest Allocation Of IMF Special Drawing Rights?

Gift That Will Most Delight The Wealthy

The approximately 890 million dollars’ worth of special drawing rights received by Serbia could be used to fortify foreign exchange reserves, preserve the stability...
Read more

Hotel Gorski, located close to the ski slopes in the tourist centre of Kopaonik Mountain, sets new standards for mountain tourism. It has luxury...
Read more

It is crucial that the structural reform agenda is fully and expeditiously carried out, to transform Serbia into a modern, private-sector led economy with...
Read more

It is today abundantly clear that fiscal consolidation produced tangible economic results. They can only be sustained through structural reforms, the success of which...
Read more

Sebastian Sosa: Dealing With the ‘New Normal’ Is Challenging

Serbia’s hopes for faster recovery than initially expected should be built upon the recent positive data about retail sales, industrial production and external trade....
Read more

Tourism Plays A Key Role In Inclusive And Sustainable Growth

At a juncture when it’s evident that international demand for tourism is changing and pressure is mounting on the global tourist market, it is...
Read more

The Republic of Korea recognizes Serbia as one of the most important investment destinations in Europe and is ready...
Read more

Russia will continue to deepen cooperation with Serbia and to support the protection of its sovereignty and territorial integrity,...
Read more

Orban Awarded With The Order Of The Republic Of Serbia

King Charles III hosted a reception at Buckingham Palace for world leaders who attended the funeral of the Queen...
Read more