Serbia is in the process of overall transformation, and this kind of total makeover takes time, requires expertise and seeks patience. It is of great importance for Serbia to become a member of the European Union, and in order to achieve this it has to continue conducting structural reforms and changing certain patterns of doing business and behaviour thoroughly and in the long run

Maintaining economic growth at the current level and increasing it will require a constant commitment of the state to resolving the remaining internal weaknesses and lowering the fiscal imbalance, and would seek clear boldness in the implementation of structural reforms, says Dr Ronald Seeliger, President of the German-Serbian Chamber of Commerce (AHK Serbien), Vice-President of the STADA Group and CEO of Hemofarm.

“When speaking about the EU,” adds our interlocutor, “I would always advocate for Serbia in the EU. It seems that the government still cares a lot about the EU path, but Kosovo and other important issues periodically come into focus and demand attention”.

In your opinion, what are the key reforms that the government should devote itself to in the period ahead?

– The German-Serbian Chamber of Commerce conducts regular surveys among its members in order to check what companies think about the existing business climate. In response to your questions, our members would indicate the following preconditions as being key to future reforms: rule of law fully exercised in practise, a more intensive fight against corruption, further strengthening of legal safety and transparency in public procurement, improvement of the tax system and work of the Tax Administration, as well as the need for higher efficiency of the public administration. In addition to this, and in my role as a businessman, I would also like to point out one more thing: predictability of business operations, i.e. the possibility to do business within a clear, precise and expected framework is very important to every businessman, and Serbia must make better progress in this respect.

Does it seem to you that the government is equally committed to reforms and the path to the EU as it was at the beginning of the first programme with the IMF?

– The times are changing, the preconditions are different, global and local politics are transforming, and it is actually very difficult to compare and judge these things in this long period of time and without doing any serious research on this. I can only speak from the perspective of a foreigner living in Serbia for six years – I do think that Serbia has done a good job on fiscal and macro stabilisation, and succeeded in enhancing its financial sector stability. On the other hand, and as already mentioned, its ambitious structural reform plan has not yet been completed, and this will be the main challenge for Serbia in the years to come.

From the perspective of German companies operating in Serbia, where are the greatest and weakest shifts in facilitating the daily operations of companies?

– Probably the most significant change still concerns the Labour Law, even though this law – after four years – certainly cannot be described as a new one. The sectors where the least progress has been made are in the acceleration of judicial procedures and the reduction of bureaucracy.

The issue of whether and how to change the existing incentive system for attracting foreign investors and directing subsidies only towards high-tech branches is again current in Serbia. What is your opinion on this?

– The existing system of subsidies dates back to 2006 and, of course, every system, no matter how good it is, should be adapted over time. Personally, I would always encourage the best experts in the field to sit down together, conduct good quality research, take the pros and cons, and provide advice on how to proceed with this. And, while doing this analysis, they should always have a look at what other states, neighbours, are offering at the same time. 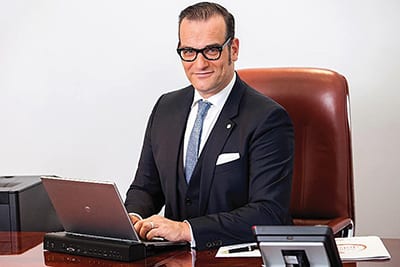 As I have lived here for six years, I have heard and read a lot about the positive and negative aspects of the existing incentive system. It has certainly brought new investors to Serbia, but it is hard to say if they came just because of the state subsidies.

When speaking about directing subsidies only towards high-tech companies, I have heard about this but, as far as I know, it has not been confirmed by the state. Of course, it would be desirable if more investments with high technology and a high vertical integration came to Serbia because such investments keep young, highly-qualified people in the country. But, prior to any decision about where to direct future state support, to all or only some branches, the in-depth analysis should be carried out and a strategy made, taking in account what the general priorities of the state are: to support only one or different levels of labour qualifications.

Hemofarm is Serbia’s largest exporter of medical products and one of the top-10 exporters in Serbia generally. We can be used as a good example of a company that’s doing a great job in Serbia, but also worldwide

– We are basically talking here about the same things that are important for attracting new investors: rule of law, zero tolerance for corruption, reduction of bureaucracy, the predictability of government decisions etc.

I was asked why I advocated for those who are already here. What is one of the main differences between the existing investors and newcomers? In short, existing investors are always the best brand ambassadors of the country in which they operate. That is why they need to be respected, supported, nurtured, so to speak.

According to the latest AHK survey, more than four-fifths of our member companies operating in Serbia would reinvest. In this regard, I am particularly proud of one fact – German companies are actually those that prove this in practice through their reinvestments. There are Henkel, Continental, Leoni – all of them are companies that have invested in Serbia again and again, built new factories and plants, hired additional people. I will also mention the example of Hemofarm, the company I lead. Since 2006, only the German Stada Group, of which Hemofarm is a member, has invested some 300 million euros in the modernising of its operations, equipment and new plants here in Serbia.

From your perspective as a businessman, how do you view the effects of the Berlin Initiative on interconnecting the economies of the region?

– This is a good idea, but it still has to be implemented. We would all be happy if we no longer had to drive along endless queues of trucks at the border crossings. Just think of all that capital standing around useless! We had a chance just a few days ago to hear that waiting at border crossings costs the Balkans a billion euros every year and that 80 per cent of the time needed for the transportation of goods is spent at border crossings, while only 20 per cent is spent on the road.

In the interests of us all, I wish all those responsible in the governments and chamber organisations swift success in implementing the project. The initiative to create a regional economic zone is a good idea to reverse this trend. A large part of the trade happens within the region anyway.

As a company that functions on both domestic and foreign markets, how would you rate the potential of Serbia’s internal market and Serbia as an export platform for pharmaceutical products? 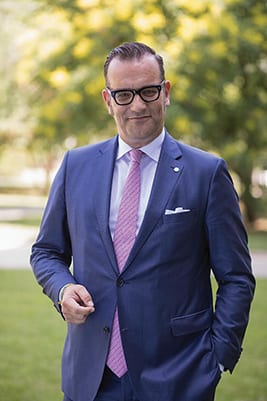 – I am very proud to be able to say that every third box on the Serbian market is a product of Hemofarm. This company is for sure the absolute leader on the Serbian pharmaceutical market, Hemofarm Banjaluka is No. 1 in Bosnia, Hemomont is the production leader in Montenegro, while we are also making strong progress on other markets.

When it comes to export, about 70 per cent of our production is exported to EU counties, Russia and other states. Hemofarm is Serbia’s largest exporter of medical products and one of the top-10 exporters in Serbia generally. Since products that carry the Hemofarm brand can be found in the pharmacies of 38 countries on three continents, we can be used as a good example of a company that’s doing a great job in Serbia, but also worldwide.

The complexity of Hemofarm’s mission is reflected in aligning the portfolio of development by considering markets with all their needs and specifics; if you plan to win the business battle, you need to localise the global approach, adapt it to a specific market and listen to the customers carefully. If not, you will lose it for sure. So, Hemofarm is doing a good job in both segments – internally and externally, the quality we produce is our ID.

How would you assess the quality of the workforce in Serbia when it comes to middle and senior management?

– I will answer this question by sublimating two experiences, one I have as the CEO of the largest pharmaceutical company in the region, and one I have as the President of AHK Serbien. Serbia has a high-quality workforce and this is one of the main reasons why Hemofarm is successful. When they ask me what Hemofarm’s recipe for success is, I always say that this is exactly the combination of German technology and high standards with Serbian knowledge and good qualifications.

According to the latest AHK survey, more than four-fifths of our member companies operating in Serbia would reinvest. Henkel, Continental, Leoni – all of them have invested in Serbia again and again

After all, the best confirmation of what I’m saying is the following: the only foreigner at Hemofarm is me; all other directors and managers come from Serbia.

Like Germany, Serbia is facing major demographic changes. Do German companies encounter obstacles when it comes to identifying a sufficient supply in the workforce?

– Not only Germany or Serbia, but almost the whole of Europe is also facing demographic changes.
Look at Slovakia, Romania, Hungary or Slovenia, for example. The situation in Serbia is still not as dramatic as it is in Western Europe, but for sure it is becoming more and more evident in daily business, especially with employees who have lower qualifications. The ageing of the general population, changes within the economy, education that does not suit the market’s needs, migrations of the workforce etc., these are all factors influencing the changes we all face.

AHK advocated for the introduction of the dual education system to Serbia because we’ve had a good experience with it in Germany, where it was patented. It enables special bonds between schools and businesses and brings a more capable and better-trained workforce. This is something we can do and where we can offer our help, but – of course – every country has to deal with this through a systemic approach.