Richard Robinson, Director Of The British-Serbian Chamber Of Commerce

New Window Of Opportunity For Cooperation

Brexit won’t change UK/Serbian trade and investment relations much. However, in some aspects that will be reformed in line with the new so-called continuity trade agreement between the UK and the EU, and there will be new opportunities for companies from both countries to exploit. The British-Serbian Chamber of Commerce will be there to help them – Richard Robinson

How many companies with British capital operate in Serbia today? What is their structure and in which sectors do they operate?

We estimate that there are around 100 British companies operating in Serbia today, but no central records are kept. Many major UK companies do operate here, including G4S and AstraZeneca. More precisely, seven out of the ten largest companies quoted on the London Stock Exchange are present in Serbia, including GlaxoSmithKline, Unilever, BAT and Rio Tinto. Additionally, a range of smaller UK companies operate here: companies like Delamode, a UK-owned logistics company. Not surprisingly, these companies operate in different ways. Some companies have subsidiaries, others manufacture outside Serbia and sell to local wholesalers and operate through a representative office. Still more companies, such as Jaguar Land Rover, operate through British Motors, a local dealer. In other cases, UK private equity invests in Serbian companies.

What is the current level of the trade exchange between the two countries?

The published trade figures of both the UK and Serbia show that bilateral trade in 2019 was around €460m (€180m in UK exports to Serbia, €280m in Serbian exports to the UK), plenty of room to grow! The largest UK export sectors to Serbia are pharmaceuticals, capital goods, including power generation, and intermediate electrical goods. The largest Serbian export sectors are intermediate electrical goods (once again), rubber goods, fruit and vegetables, non-ferrous metals and cars. Additionally, trade figures tend to underestimate the level of services provided between countries – particularly professional and financial services provided in the UK and also the tech industry in both countries.

In the next 12 months we will be working on the promotion of UK exports to Serbia, working with the British Chambers of Commerce and their 57 members across the whole of the UK

How has Brexit already changed, or is set to change, trade and investment relations between the UK and Serbia?

In many ways, I don’t think that Brexit will change UK/Serbian trade and investment relations. The two countries have said that they will prioritise the signing of a new so-called continuity trade agreement to take the place of the EU Stabilisation and Association Agreement (which will continue for all remaining members of the EU) as of next year. This purpose of this new agreement is to provide continuity in bilateral trade, not to introduce changes. In addition, the UK-Serbia Investment Promotion and Protection Treaty remains unchanged. Until the new continuity trade agreement is agreed (together with the new EU-UK future relationship agreement), there will be some uncertainty. But once the CTA comes into force there will be new opportunities for companies from both countries to exploit and the British-Serbian Chamber of Commerce will be there to help them.

How much work will be required on the administrative side to ensure smooth economic relations? What adaptations have been made so far?

At the moment, our focus is on getting the two governments to sign the continuity trade agreement as quickly as possible. And until we know what the UK-EU future relationship will look like we cannot tell what support will be needed by companies, or where the BSCC should focus its activities. We are organising briefings for our members and will continue to keep them informed in the coming months. We are also discussing with the Serbian Chamber of Commerce the possibility of holding joint events once we have a better idea of the likely outcomes in the two separate sets of negotiations. There will be new opportunities for exporters to exploit, as both countries are in a similar position – bordering but not part of the EU. 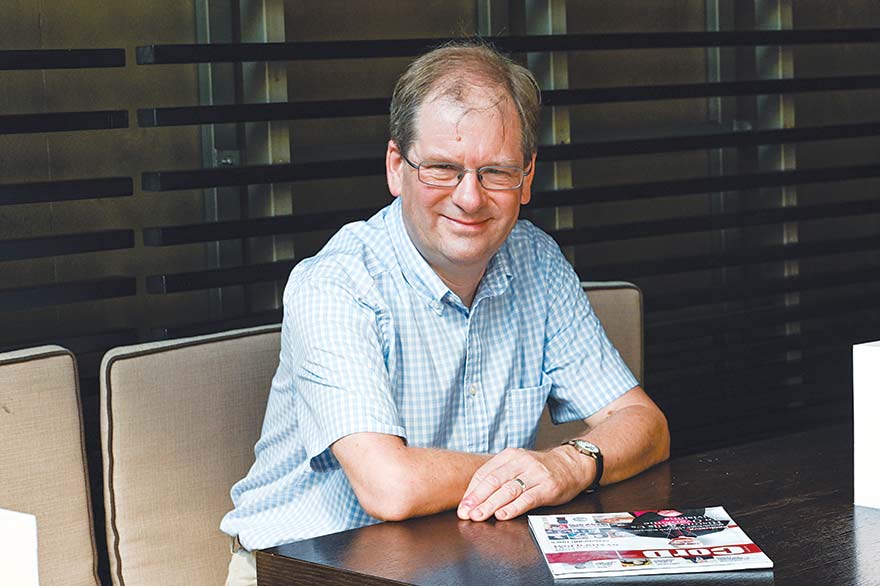 In the next 12 months we will also be working to promote UK exports to Serbia, working with the British Chambers of Commerce and their 57 members across the whole of the UK. This is likely to include a virtual trade mission introducing UK companies to Serbian buyers. This will allow companies to investigate new export markets without being subject to the extra complications arising from COVID-19 (including the uncertainty related to travel and quarantine rules). Once we have shown that this approach can work, we will run more, including in the other direction to promote Serbian companies in the UK.

What were the major motives for reviving the work of the British-Serbian Chamber of Commerce?

The BSCC has a base in both countries. However, the Chamber’s focus in recent years has been on supporting Serbian companies break into the UK market, particularly in the food and drink sector, and working with the Serbian Embassy in London, which has no trade section. With the appointment of David Landsman as BSCC Chair about a year ago, the board decided to revive the Chamber’s presence in Serbia. I joined the Chamber as Director resident in Belgrade earlier this year to drive these plans forward. I was previously General Director of the British Chamber of Commerce in the Czech Republic for over three years.

As part of our new strategy, we recently joined the Foreign Investors Council here in Serbia, supporting its work to make Serbia a more business friendly place

Whilst this coronavirus has complicated our efforts, we have been successful so far in bringing in new members and developing a programme of activities here in Serbia. The Chamber is a member-based organisation and so it is important that we talk and listen to our members all the time.

How well acquainted with these changes is the business community? What is the role of the British-Serbian Chamber of Commerce when it comes to promoting cooperation?

We began work at the Kopaonik Business Forum earlier this year, which was a good place to start raising awareness of our plans, but awareness in the business community is not yet where I would like to be (and the process has been slowed down by COVID-19). We are talking to a wide range of members and potential members and key government decision makers, especially those with an interest in the UK. We are collaborating with chambers and other similar bodies and, most importantly, we have increased the frequency of our communications, as we have more to say. We are providing more useful content on our website and now issue our email newsletter fortnightly (which can be subscribed to on our website) and both these channels of communication are supported by our social media activity, particularly on LinkedIn and Twitter.

Which areas have the best potential for expanding trade relations and investments between the UK and Serbia?

In the short term, we think that the most important areas to expand trade and investment are in infrastructure, mining and retail. None of these areas should come as a surprise, as they reflect the priorities of the Serbian government.

The London-based infrastructure arm of Bechtel (together with ENKA) recently started building the Morava Corridor motorway between Pojate and Preljina. This is being financed from London, guaranteed by UK Export Finance. This is the first time that UK EF have been involved in Serbia and they are currently interested in expanding their involvement. One consequence of their involvement will be to increase the opportunities for UK companies in Serbia. We also see other opportunities for members in the civil engineering, rail and energy sectors. 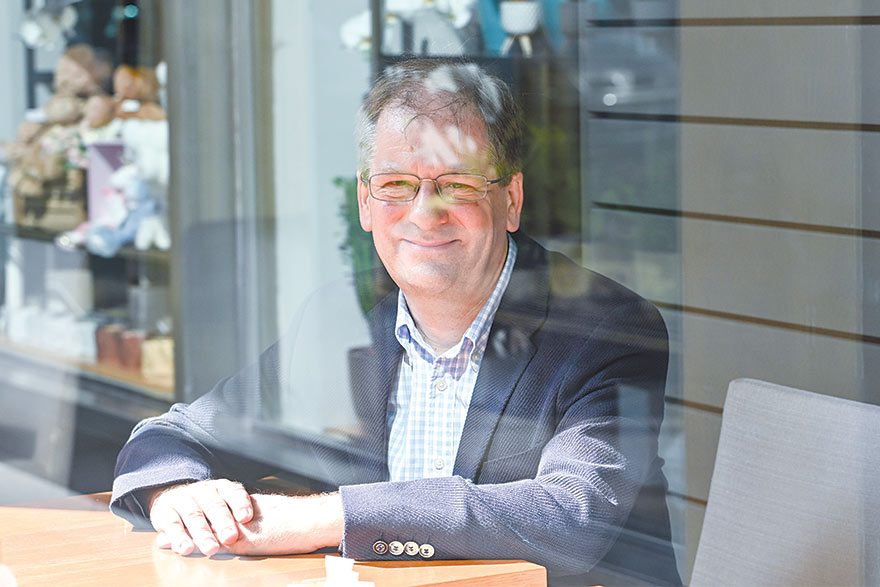 There are already several UK mining companies in Serbia, such as Mineco. But the largest investment is from Rio Tinto, with their Jadar project to extract Lithium and Borates at Loznica.

This is a massive project and their board has just authorised another £200m investment. There are opportunities for British brands here in Serbia, but I suspect that we will have to wait until we have a clearer idea after the pandemic as to how shopping habits might change. Meanwhile, I believe that UK property investors will focus on logistics opportunities rather than commercial and retail ones.

In terms of opportunities for Serbian companies in the UK, I believe that opportunities exist for them in the food and drink sector to export to the UK and work successfully with UK food retailers. I also believe that the Serbian tech scene will benefit from closer cooperation with the UK tech sector (Tech City) and ready access to UK venture capital, following the pioneering steps of Strawberry Energy.

What strategy will you employ to better position the Chamber within the business community and in relations with the Government of Serbia?

With its presence in both the UK and Serbia, the BSCC has a key role to play in all aspects of bilateral business, economic and commercial relations. The Chamber has good relationships with the embassies in both capitals and with key ministerial departments and decision makers. It is strengthening its institutional links and can offer members in both countries support for their businesses and potential opportunities by using the power of its networks in both countries.

How will you cooperate with other associations of foreign and domestic investors? Have you already forged some alliances?

As part of our new strategy, we recently joined the Foreign Investors Council here in Serbia, supporting its work to make Serbia a more business friendly place. We have also been working closely with the Chamber of Commerce & Industry of Serbia (CCIS) to promote the UK to Serbian exporters. In recent years we’ve supported Serbian food producers attending the largest trade fairs in the UK and we are currently helping the CCIS to update its briefing about the UK market to its exporting members. In the UK, we have joined the Global Business Network of the British Chambers of Commerce, which gives us additional support in the UK and access to 60 other British bilateral chambers around the world.

Sir Paul Rupert Judge was born 25th April 1949 in London and was educated at St Dunstan’s College. From there, he went on an open scholarship to Trinity College, University of Cambridge, followed by an MBA at the famous Wharton School for business at the University of Pennsylvania in the United States as a Thouron Fellow
Read more

180th Anniversary of Diplomatic Relations Between Belgrade and London

Giorgio Marchegiani, President Of The Italian-Serbian Chamber Of Commerce

In this emergency situation, the role of the Chamber was essential in our business community, both in protecting existing companies and reinforcing the bridges...
Read more

We Recognised Common Goals & Worked As A Team

Everything we achieved stems from teamwork and mutual support. Now it is important to move forward and define our priorities clearly COVID-19 represents a global...
Read more

UNDP Serbia, in cooperation with UNICEF and WHO, has announced the Clean air challenge to call proposals for innovative...
Read more
Cord MagazineLeaders Meeting Point