Mike Michel, President Of The Foreign Investors Council And CEO Of Yettel

I Choose To Be An Optimist

When geopolitical conditions shift and the world...
Read more

The Power of a Referendum

One should not underestimate the political wisdom of the people. However, I admit that a referendum is not an easy democratic instrument to handle. The political elite must be mature enough to refrain from having a hidden agenda when holding a referendum – Philippe Guex

Over the past 150 years, Swiss citizens have only made a few mistakes in declaring their stances on important issues in a referendum, says Ambassador Philippe Guex, referring to his country’s practise of using plebiscites to bring decisions on the most important issues.

In conversation with CorD Magazine, the Swiss ambassador to Serbia explains why he believes that citizens should express their views on the issue of future relations between Belgrade and Priština.

Your Excellency, Switzerland is among the top four bilateral donors to Serbia. The Swiss authorities just earmarked 95 million euros in support for Serbia until 2021. What is the rationale behind the strong commitment of your government to Serbia?

– Europe would not be Europe without Serbia. Switzerland and Serbia are neighbours. 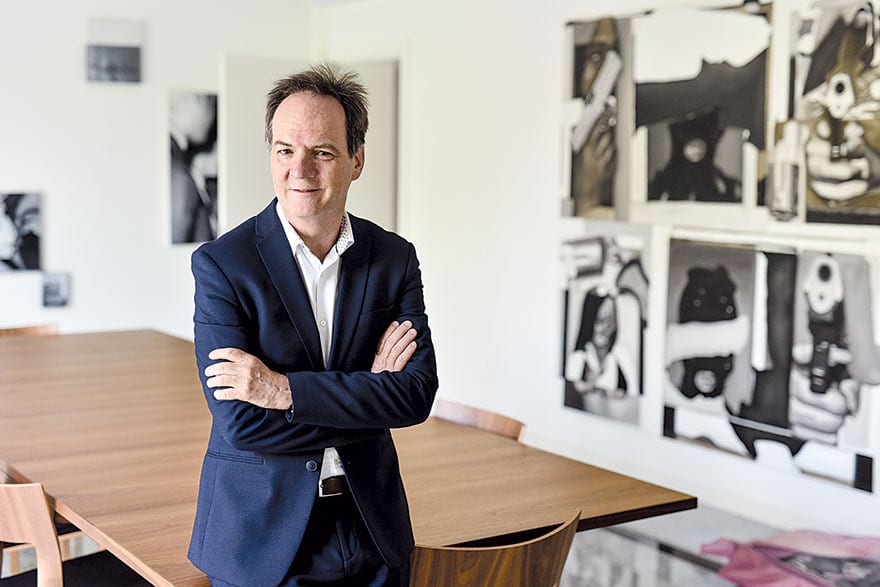 The security of Switzerland depends largely on the stability of its neighbour countries. Serbia, like all Western Balkans countries, still faces numerous challenges in making peace and stability sustainable in the region. Those challenges include nationalism, unresolved border disputes, ethnic tensions, corruption and organised crime.

In addition, rather low economic growth, high youth unemployment and incomplete rule of law must also be tackled. It is in Switzerland’s own interests to help Serbia address these challenges on its path to European integration. Moreover, Switzerland has a large Serbian diaspora of almost 200,000 people, who are contributing to the prosperity of my country. Switzerland’s strong commitment is also a sign of solidarity with our Serbian diaspora.

Does the Swiss assistance programme also envisage resources aimed at strengthening dialogue between the authorities and citizens? Do you agree with evaluations that a lack of social dialogue is a recognisable problem in Serbia?

– Social dialogue and citizen participation are core values of the Swiss political system. Therefore, in our international cooperation, we are also committed to citizen involvement in decision-making. An active civil society is essential for a democracy. Serbia has a very good Law on Associations.

The number of Civil Society organisations is on the rise. The Serbian Government established its Oﬃce for Cooperation with Civil Society (CSO) to foster dialogue between the Government and CSOs. However, further eﬀorts are needed to create an enabling environment the participation of civil society and citizens. Civil society support is fully embedded in our Cooperation Strategy and will be further strengthened.

The reports of the European Commission and some international organisations, such as Reporters Without Borders or the European Federation of Journalists, have expressed concern about the situation confronting the media. Can any kind of useful dialogue be achieved in a society without free media?

– No. There is no mature democracy without free media. It would be absolutely wrong to limit democracy only to free elections. Both free media and citizen participation are key ingredients of democracy.

You noted in a recent interview that Swiss citizens express their views on all important issues by way of a referendum. On the other hand, however, it has been asserted that such expressions are more ceremonial than practical and that citizens’ opinions can be easily swayed by media campaigns. What are your experiences with this process?

– As a Swiss citizen, I am deeply convinced that the people are sovereign when they are exercising supreme political power through referendums. History shows that the Swiss people have only been mistaken on a very few occasions over the 150-year period during which referendums have been held.

The track record in Switzerland also shows that a referendum can be won with very little campaign money or lost with millions spent on influencing citizen opinion. One should not underestimate the political wisdom of the people, but I admit that a referendum is not an easy democratic instrument to handle. The political elite must be mature enough to refrain from having a hidden agenda when holding a referendum.

Switzerland has a large Serbian diaspora of almost 200,000 people, who are contributing to the prosperity of my country

In this regard, do you consider that Serbian citizens should declare their stance on Kosovo by way of a referendum?

– There is no better democratic credibility than the result of a properly conducted referendum. A positive referendum on Kosovo would provide the Serbian government (both current and future ones) with immense credibility in implementing sustainable peaceful and prosperous relations with Pristina. It is my understanding that President Aleksandar Vučić intends to give the final say to the Serbian people in due course.

You believe that the normalisation of relations between Belgrade and Pristina is crucial to Serbia’s progress towards EU membership. However, there seems to be no clear understanding of what this word means? Do you, like many people in Serbia, interpret it as a request for Serbia to recognise Kosovo’s independence or grant Kosovo UN membership?

– Switzerland is not a member of the EU, so it would be inappropriate for me to comment on the accession conditions that the EU Council sets for Serbia’s membership. Having said that, looking back at the past there are examples of countries that did not recognise each other’s independence but had “normalised” their relations both being members of the UN. One example is the 1973 agreement between East Germany and West Germany.

One of the noteworthy matches of the FIFA World Cup was played between Switzerland and Serbia, and it will be remembered for the political messages sent from the field, perhaps even more than for the way the footballers played. As a Swiss citizen, how did you experience that match?

– The Swiss footballers who sent political messages from the field have been sanctioned by FIFA and that is fully justified, as sports should not interfere with politics. However, let me also draw your attention to the fact that a Serbian minister made public statements that fused sports and politics on the eve of that match.

Needless to say, these statements made headlines in my country. But there is no point in now debating the past. The Swiss football team is an example of what Switzerland does best: enabling the peaceful co-exist and shared lives of different cultures.

A special focus of your attention until 2021 are SMEs in Serbia. Many consider their growth and stability as being crucial to improving economic opportunities in Serbia, and yet the spirit of entrepreneurial initiative is still not sufficiently evident in Serbia. How do you view this problem?

– SMEs are the backbone of economic development. That is the case in Switzerland and, I believe, also in Serbia. With our cooperation, we support the development of start-ups and high-tech companies, along with more traditional industries, such as horticulture and furniture. 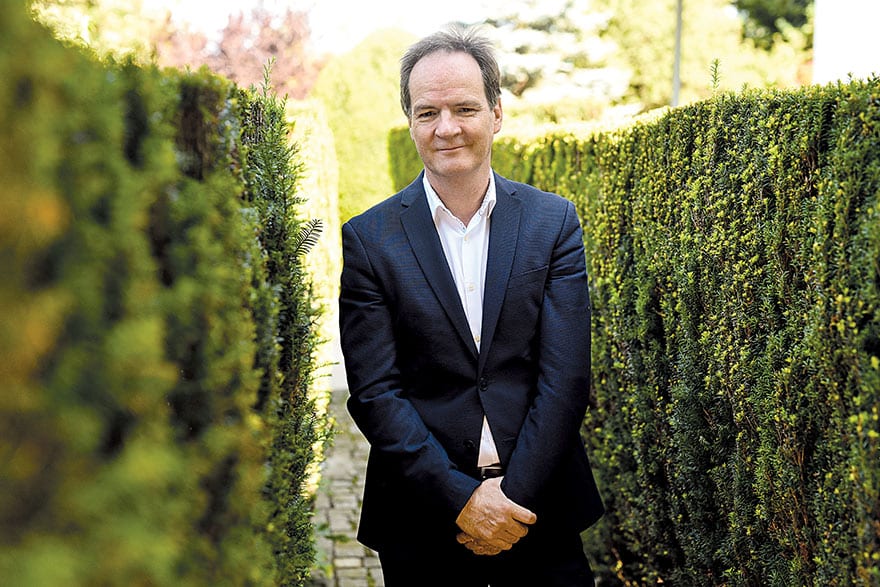 As an example, in the furniture industry, we helped to create a private-sector responsive curriculum at the Technical School in Užice, in cooperation with furniture producers from Western Serbia. This model was created with the Ministry of Economy and the Serbian Chamber of Commerce & Industry and is being replicated in other sectors and parts of Serbia.

Another example of Swiss support is the establishment of the Belgrade Science and Technology Park (STP), which supports the launching of businesses in high-tech fields. This is a remarkable example of fostering the entrepreneurial spirit in Serbia and preventing the emigration of highly-qualified young Serbs. More than 600 jobs and more than 29 million euros worth of export were achieved by these start-up companies.

The strong commitment and excellent collaboration, with the Serbian Government, the City of Belgrade and the University of Belgrade were key to achieving these impressive results. Our goal is to support the creation of a favourable environment for innovative and more competitive entrepreneurship.

You have assessed that Serbia’s success in attracting investment from Switzerland would be improved greatly if we were to see a strengthening of the rule of law. What do those already present here resent the most?

– A key element for attracting foreign investments is predictability. Only strong track records of rule of law can provide the predictability foreign investors need. Even though the rule of law is improving in Serbia, several companies still complain about uncertainties regarding how to comply with certain rules and regulations. In this respect, the uneven reliability of the judiciary, as well as of the administration, is a recurring complaint that I often hear.

Your country is among the advocates of the dual education system. Although it has been introduced to the education system in Serbia, there is still controversy over whether this concept helps young people gain employment in the country or whether it serves only to prepare them to be cheap labour, either in Serbia or abroad. How would you respond to such criticisms?

– The quality of the Swiss dual education system explains the competitiveness of our economy to an important extent. With our experience and expertise, we are well-positioned to promote youth employment in Serbia.

We work closely with the Ministry of Education, Science and Technological Development, with local companies and schools. Special attention is given to close interaction between public institutions and the private sector, which is a key success factor in Switzerland. The introduction of dual education represents a big change in the Serbian education system.

Our aim is to help to practically implement the law on dual education in an effective manner. All concerns should be taken into consideration and public dialogue should be transparent, in order to develop a model that best suits Serbia’s economic development.

The Swiss Ambassadorial Residence in Belgrade is currently hosting an exhibition of five young Serbian artists who have been selected by a professional jury. What is the rationale behind such an initiative?

– When I was a young diplomat, I was extremely impressed by President François Mitterrand, who stated before the European Parliament that “Nationalism is war. War is not only the past. It may be our future”. In other words, you need to fight nationalism to preserve peace. And I believe that art can be a means to fight nationalism.

You may wonder why I link art and nationalism? Well, when artists are questioning the society in which they live, they are usually implicitly advocating values like tolerance, respect and equality. These are precisely the values that nationalism strongly rejects. Art is an antidote to nationalism. Young Serbian artists belong to the Serbia of tomorrow.

Promoting young artists in Serbia, like anywhere in Europe, is a means of standing in the way of nationalism. It may be a modest means, but it’s worth the effort.