In The Shadow Of Technological Innovation

Renewable energy, energy efficiency through the applying of contemporary environmentally friendly technologies – a business opportunity for the development of Serbia’s industry and green economy

The transition of Serbia’s energy towards renewable sources demands a strategy of gradually moving away from coal by the end of this century and introducing new energy technology solutions in all segments of production, distribution and energy management. And in Serbian energy companies they have to place their profession ahead of politics, says Nikola Rajaković, professor at the University of Belgrade’s School of Electrical Engineering.

The development of the energy sector is conditioned by the application of new technologies. How much has technology advanced in that area in the last decade, and in which segment is the technological revolution most evident?

New energy technologies are undeniably crucial to the development of the energy sector, and their advancement in the last decade is evident, although we cannot talk about revolutionary advances.

When I say that there’s been no revolutionary shift, I’m primarily thinking in terms of the energy fusion possibilities that were expected to enter into wider industrial applications. Unfortunately, the uncontrollability of these technologies still renders them uncertain when it comes to satisfying energy needs.

Renewable energy sources will be mentioned further below, so it should be noted here that progress in energy efficiency technologies (better thermal insulation in buildings thanks to new materials, LED technology in lighting, more efficient electric motors, reduced losses in iron energy devices, again thanks to new materials etc.) has reduced demand for energy significantly. Likewise, environmentally-friendly technologies, primarily in thermal power plants, contribute significantly to gradually withdrawing fossil fuel technologies from use without dramatic cuts.

Improvements in battery production technologies that enable a transfer to electrical transport with increased storage capacity are a very influential factor in the introduction of renewable sources. And, at the end of this small overview, it is important to note that smart grid technologies (the superposition of communication and information infrastructure on the conventional energy network) not only allows the integration of renewable sources but also automation in energy networks, with unheard-of effects in managing consumption. I think the advancement of technology is most evident in this segment.

The world is definitely turning increasingly toward renewable energy sources. Solar power plants for the production of electric energy, as well as panels for the preparation of technological hot water, are certainly among the most important technologies for renewable sources. However, wind farms (both onshore and offshore) are of huge importance. 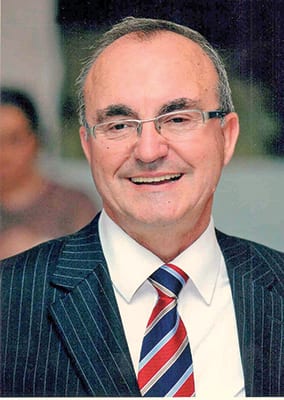 The estimates differ regarding the energy mix that the world will have in 2050, but it is certain that the participation of these two renewable energy technologies in the total contribution of renewables will be dominant. In parallel with this and biomass application technologies, heat pump technology, cogeneration, and other aspects, applying renewables already have a strong impact that will become even greater over time.

Where is Serbia on the list of countries using renewable energy sources?

Serbia occupies a very modest place on the list of countries that use renewable energy sources. We are far behind countries from our own neighbourhood (Greece, Romania etc.), and even further behind developed countries. There are multiple reasons, but our traditional conservatism of technological innovations has contributed to this outcome. Instead of seeing the use of renewables as a business opportunity for our industry, it is followed by numerous obstacles.

What should be done for Serbia to gain large solar parks and more small hydroelectric plants, to use biomass, geothermal sources and other sources that Serbia has in abundance?

It is primarily necessary to change the attitude towards technological innovations, which is very difficult. On the other hand, it is possible to significantly strengthen institutions by simplifying procedures for obtaining permits. And, ultimately, it is necessary to build a framework to maximise the economic advantages of applying renewable sources.

Incentive prices for renewable sources as a mechanism have already been overcome in developed countries, and in our country we expect them to give some more good result.

The world is definitely turning increasingly towards renewable energy sources. Solar power plants for the production of electric energy, as well as panels for the preparation of technological hot water, are certainly among the most important technologies for renewable sources

Moreover, the price of a kWh produced by solar power plants in many countries is competitive with the price for energy from conventional power plants. I hope we will have a similar situation in our country.

How strong are the links between science and the holders of state functions when it comes to the development of the country’s energy?

This link certainly exists, but it also needs to be even stronger and more productive. One of our problems in energy is the lack of continuity in the management of the energy sector, which requires decisions made over a span of 20 to 50 years, while politics logically only count from election to election. If experts and responsible professionals continuously managed the energy sector with the minimal influence of daily politics, the results would be incomparably better.

What should be done for the proposals of experts to have a more practical implementation, primarily in the development of Serbian energy enterprises?

We have enough quality proposals from the profession, though they are very often on the side of preserving the status quo. Namely, this energy transition towards renewable sources must also carry elements of the break with the previous situation. What needs to be done is to apply experts’ proposals, and that is very difficult in circumstances when politics are placed ahead of the profession in Serbian energy companies.

Does Serbia produce 70% of its electricity from coal? What are our prospects like with that resource in the future; how rich are the reserves?

Serbia has coal for the next 50 at the current rate of use, perhaps a decade or so longer. Serbia’s energy strategy must project a vision for the decades without coal, and they are at the end of this century. In energy terms, that’s not such a distant horizon, although from the human perspective it’s really far away. So, the real question in this context is what the energy mix in Serbia is like without coal.

The European Union is seeking that the countries of the region decommission at least 13 obsolete coal-fired power plants by 2023. Does Serbia need to decommission as many as five old thermal blocks? How realistic is that and where will this shortfall of power be compensated for?

We really have old capacities in thermoblocks (Kolubara A, TENT A1 and A2, Kostolac A1 and A2, TE Morava etc.), and this is something that is our reality. The profession introduced the concept of REPLACEMENT CAPACITY and the Kostolac B3 block, with 350 MW of power, built by Chinese companies, is seen as such. Certainly, it would have been even better to start building a larger power block of about 700 MW over a decade ago, with a better degree of exploitation, but back then politics made the bad decision not to launch such a project.

Afterwards, the circumstances in Europe also changed in relation to the use of coal, so there simply wasn’t a strategic partner to implement such a project. Thus, this less-bad decision to construct the Kostolac B3 unit was made and from this block part of the lacking energy will be accounted for. The remaining expected energy shortfalls should be produced from renewable sources, according to my reasoning.

Serbia occupies a very modest place on the list of countries that use renewable energy sources. We are far behind countries from our own neighbourhood (Greece, Romania etc.), and even further behind developed countries

European countries are determined to replace fossil fuels with cleaner energy, but some EU members, such as Germany, are still building coal-fired power plants. Considering that Europe has confirmed coal reserves for an entire century, can we abandon the use of that resource in the near future?

When it comes to the future of coal, it will remain influential in the coming decades, even in Europe until 2050, but its relative significance is decreasing and the transition to cleaner technologies than coal are becoming a priority. It is in this context that the further use of coal in European energy needs to be considered.

Many countries have also announced the closure of nuclear power plants, but none of them has progressed beyond pure announcements? What is the perspective for the development of nuclear energy worldwide?

Nuclear technology accounts for and will continue to account for, a significant share in the production of electricity in Europe and elsewhere in the world, and that will continue in the decades ahead. Reducing this share, while increasing the share of renewables and reducing the share of fossil fuels, is the job of transitioning energy.

Progress in nuclear technologies means the nuclear option remains very influential, so at some point over the next 30 years Serbia will also have to decide whether to build a nuclear power plant or to rely exclusively on renewable energy in the coal-free situation. In my view, the development of technologies for the accelerated development of smart grids will make the option of exclusively renewable sources very realistic.

Serbia has a Moratorium that prohibits the construction of nuclear power plants, while on the other hand it is surrounded by around dozens of nuclear reactors in the neighbourhood, a distance of 50 to 400 kilometres. Does Serbia need nuclear power?

This answer is not necessary at this juncture. Serbia is in a favourable position because it can wait another three decades, while we are still successfully using our coal before it has to give that answer.

When we look at energy from the planetary perspective, technologically and in production terms, which of the world’s energy trends are applicable in Serbia today?

Primarily solar technology, but also conventional hydro and thermal technologies, has a wide range of possible applications in Serbia. In addition to them, wind utilisation technology, biomass and heat pumps have good prospects in our country.