Garry Jacobs, President And CEO Of The World Academy Of Art & Science, Chairman Of The Board & CO Of The World University Consortium

Recent wars have only proven that they...
Read more

One piece of good news is that...
Read more

The MFIC will this year dedicate special attention to the Government’s economic policy, as it aims to continue with the implementation of measures to strengthen the country’s macroeconomic stability

MFIC is interested in supporting the Government in its efforts to speed up reforms that are underway and initiate new ones recognised as alleviating possible or existing business barriers in Montenegro.

“Among the priority topics of MFIC are the implementation of measures to strengthen the country’s macroeconomic stability, such as consolidating public finances and increasing financial sector stability, removing key barriers to improving the competitiveness of the country, increasing potential economic growth in the mid- to long-term, implementing capital infrastructure projects and attracting foreign investments,” says Marija Šuković, the first executive director of the MFIC since its establishment.
The Executive Director’s roles is to monitor these processes, define priorities that are in line with MFIC’s vision and mission, and to ensure that MFIC contributes constructively to those processes, explains Mrs Šuković.

What are the major MFIC strategies and long-term plans that you are managing?

– Integration processes – such as the EU accession process, NATO membership, regional initiatives and integrations – comprise MFIC’s long-term priorities. The official MFIC opinion is that these processes should be strongly supported, considering the benefits they would bring to society as a whole. It is for this reason that MFIC will continue with its activities aimed at speeding up reforms that are underway and initiating new ones recognised as alleviating possible or existing business barriers in Montenegro. First of all, the rule of law, as a process of adoption and implementation of legislation, will continue to be a topic that significantly influences the perception of the environment and the security of investments. The activities of state institutions towards creating a more efficient and professional public administration, and combating the grey economy, will remain at the top of MFIC’s priorities.

How many members does MFIC have at present and what are the major features provided by MFIC membership?

– Starting with the five founding members in 2009, the membership base of MFIC has been expanding constantly and today the association comprises 36 members that represent a significant percentage of national GDP. 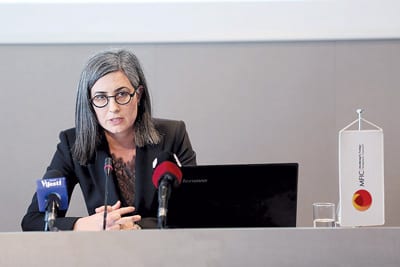 The Council gathers representatives of numerous and varied industries – banking and financial services, telecommunications, metallurgy and mining, energy, tourism and catering, the fast-moving consumer goods sector, manufacturing, transportation and auditing. Having the most reputable foreign companies as members and being selective in membership expanding, MFIC is recognised as an important representative of the private sector that provides a platform and a channel for the voice of investors to be properly heard and understood.

Which MFIC activities would you highlight as being the most important in terms of shaping the reform agenda?

– The White Book is recognised by all stakeholders as the most tangible and valuable contribution of the MFIC to shaping the reform agenda and transferring the positions of foreign investors regarding topics that are crucial for the business environment. The White Book, therefore, provides an additional decision base for future investors to better understand the current situation and business environment, and also provides guidelines for decision-makers to reduce business barriers and support prioritisation from the perspective of foreign investors.

The latest version of the White Book defined the 2018 priorities – documents of special interest in line with the interests of members, among which are the Economic Reforms Programme for Montenegro for 2018-2020; the Action Plan for Suppression of the Grey Economy for 2018; a programme for the improvement of innovativeness among small and medium-sized enterprises for 2018-2020, a programme for increasing regional and local competitiveness through harmonisation with the demands of international business standards for 2017-2020; Guidelines on macroeconomic and fiscal policy for 2018- 2021; a Proposal for the Public Procurement Law, Proposal for the Labour Law, the Law on Business Organisations, Proposal of the law amending the Law on Corporate Income Tax and the Proposal of the Public-Private Partnership Law.

Council current and future positive attitude towards Montenegro and strong belief in its chosen path, which we will support with all our capacities

Given that you’ve had a successful career in the government sector, how do you perceive communication with relevant stakeholders from the business perspective?

– As in many other fields, open and timely communication leads to mutual understanding of the positions and interests of all stakeholders, and finally enhances the development of business and the economy as the common goal. When it is clear that we share many goals, communication is more productive and beneficial. In the MFIC’s case, I can assure you of the current and future positive attitude of our Council and members towards Montenegro and our strong belief in its chosen path, which we will support with all our capacities. The MFIC members believe that Montenegro, as an open economy, is a good choice in terms of investment destinations, offering great opportunities to investors. The MFIC, as an organisation, could only add to hastening prosperity.

Apart from the government, which are the most important stakeholders with which the MFIC cooperates?

– To communicate the main messages to important addresses, the MFIC management holds regular meetings with the EU Delegation, the EBRD, the World Bank, the IMF and the Regional Cooperation Council, providing input that concerns the business environment. Our belief is that the opinions of the MFIC should be a valuable part of the studies of the aforementioned organisations. More importantly, the MFIC cooperates closely with other organisations representing the private sector, such as the Chamber of Commerce, the Montenegrin Business Alliance, the Montenegrin Employers’ Association and alike, and we always welcome common initiatives and statements.

Finally, the municipalities in Montenegro are very important partners to foreign investors, bearing in mind their scope of responsibilities.

The MFIC has been much more active of late in sharing its standpoints with the wider public. Which communications tools do you consider as being the most effective?

– On the one hand, our mission is to focus as much as possible on a targeted audience with our concrete inputs, while on the other it is to share general standpoints about the investment climate in Montenegro with the wider public. Maintaining a close and continuous dialogue with the main stakeholders, as well as being involved and present, are always effective tools that are communicated through all our activities: publications, statements, presentations, active participation in the bodies of which we are members, or in events organised by our partners. If we say that the most effective is the most valuable and tangible, then the White Book is my answer.